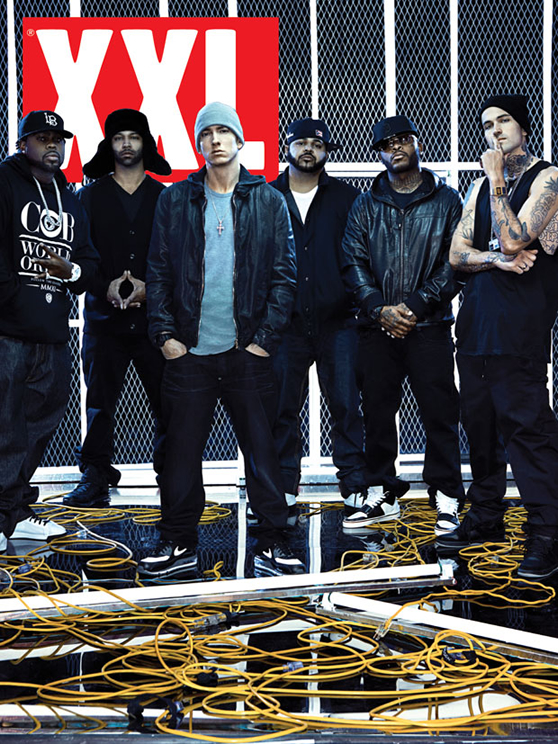 After all the waiting, Slaughterhouse is finally signed to Eminem’s Shady Records. But that’s not all, he also gets Yelawolf to join the team. Shady 2.0 covers the next issue of XXL Magazine

“Yelawolf and Slaughterhouse, it’s kinda phase two of Shady. It’s the new generation of Shady Records and as we’re trying to rebuild our label, it’s exciting for hip-hop and with all of these forces coming together and with what everybody’s capable of on the mic, it’s gonna be fun.” – Eminem

“It’s very exciting for me to reunite with Eminem years after our Bad Meets Evil project together. Slaughterhouse on Shady Records will be a force to reckon with.” – Royce Da 5’9″

“Considering where I’m from and the shit I’ve been through, it’s hard to put into words what partnering with Shady means to me, my team at Ghet-O-Vision, and my state of Alabama. I can tell you that when you’re willing to give your life up to see a dream through, the reward is great. And now that I’ve become an apprentice to one of the greatest artists in the world, my potential reaches beyond anything I ever imagined. Let’s kill this shit.” – Yelawolf

You have to give it to Em, if another rapper was able to still sell 3 million plus albums in 2010, he probably wouldn’t sign artists like Slaughterhouse or Yelawolf. But obviously Eminem is going for talent. Update: Added the official cover below. 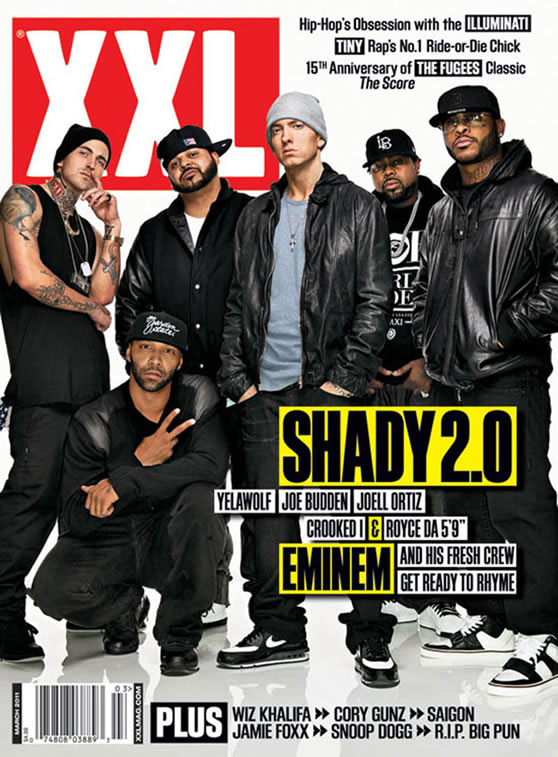