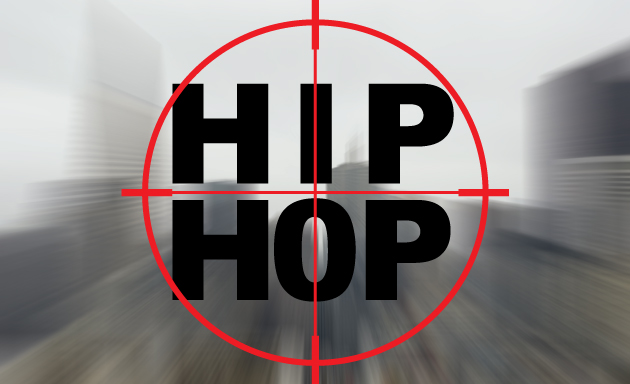 It seems that every time a powerful entity arises that can evoke thought, human beings have the tendency to try and destroy such it, historically. Martin Luther King Jr. was assassinated because he spoke of a world that people in that time couldn’t imagine. Malcolm X was assassinated because he took a stand in a time where doing so could be a death sentence. His act of taking a stand inspired future generations to do the same. For people who don’t understand the culture or are afraid of the possible changes that can come to fruition, I would imagine it to be a very scary thing. I don’t want to make this piece to seem like it is speaking solely on racial issues, because Hip-Hop is so diverse. With that said, to claim that some of these issues with that the Hip-Hop culture has had to hurdle are, at least somewhat, racially based. Part of the reason is because of how Black people were represented in the 90’s. Outside of the Huxtables, many people had the negative connotation that all young black men were no more than “Boys in the Hood”. With that type of mindset, it isn’t hard to imagine why having a Tupac or Public Enemy speaking on the injustices of American equality would scare a lot of people who are unaware of that  reality. With this fear came a desire to control, or even destroy, Hip-Hop.

This was the first attempted assassination on Hip Hop. The idea behind such a heinous attempt was simple: The  way to uproot the culture of hip hop from the hearts and air waves of the American people was to villainize the art. As more and more Hip-Hop artists began to speak on cultural and political issues, there were people in power who honestly felt threatened. Not necessarily because of the actual artist, but because they may plant a seed of change into the American people. Artist like NWA, Tupac, Public Enemy, and countless numbers of others were often depicted as thugs and criminals. Yes, at times rappers were angry, but you have to look at circumstances behind that anger. Did artists make music about committing crimes? Yes they did. Often because at a time in their lives they felt that was the only way for them to survive. Listen to Ready to Die, or Reasonable Doubt and you can hear the dilemma these artists were in. The media would often only take the anger or the negative actions these artists spoke on and allowed that to be the only representation of the culture. Look at some of the trials that are mostly based off of public opinion: Shyne, Max B, Lil Wayne, Snoop Dogg, and even the late great Tupac.

I can’t even explain this one. It seems like every time I turn around there is a new rumor about what new artist is in the Illuminati. These rumors aren’t even coming from the instruments of the media, yet rather people who have the means to post YouTube videos (which everyone can do). Like I said before, a lot of these issues are at least somewhat racially based. Only black people are being called Masonic. I am a lover of Hip-Hop and I have heard everyone from Kanye and Lil Wayne to Jay-Z, and Beyoncé called Masonic. I have never heard Paul Wall, Eminem, or Yelawolf framed as servants of Lucifer. This is the new method to destroy Hip-Hop as a culture.

Hip-Hop is not excluded from the historical anomalies. The problem is that Hip hop isn’t a person yet rather a culture. The originators of this culture that we hold so close to our hearts have never been in the spot light. Had they been, there is a possibility that rap music never would have evolved into what it has become. Fortunately by the time rap music hit the mainstream the seeds of inspiration had already been in planted into the youths of the inner city. In a sense, Hip-Hop was a sneak attack made to assault the very insecurities of the people who intended to assault it.