Young Jeezy – The Real Is Back [Mixtape] 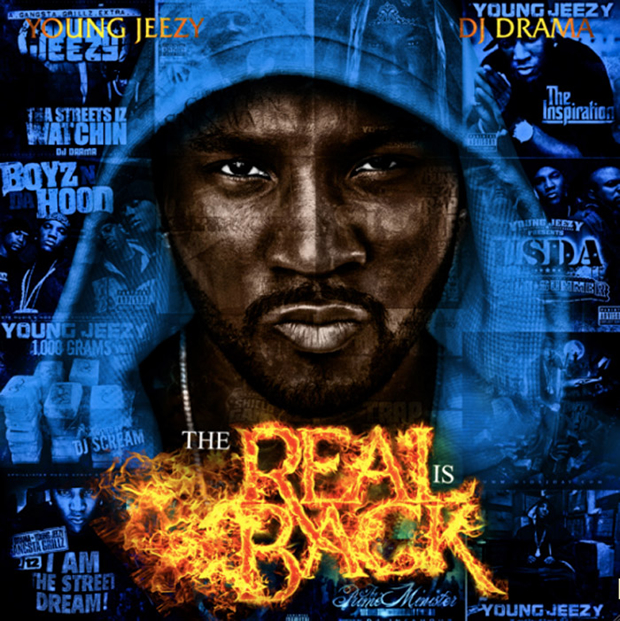 Young Jizzle and DJ (The Fuck) Drama finally put aside five years worth of differences and try to recreate the success of the their’s previous releases like Trap Or Die or Tha Streets Iz Watchin’. The Real Is Back has features by the likes of Freddie Gibbs (Recent CTE signee), Lil’ Wayne, Alle Boy, & Fabolous. You may also recognize some songs that already leaked like “Run D MC”, “Rollin'”, & “Ballin'” (But don’t delete those “No DJ” versions from your iTunes just yet, Drama does his usual talking here).

So…when does TM: 103 actually drop? Well, on the back cover of The Real Is Back (Shown below) it says “Coming sooner than you think”. That’s weird because Jeezy said the album is done, some sources say July 26th, and Def Jam says no date has been set. Whatever. Link below. 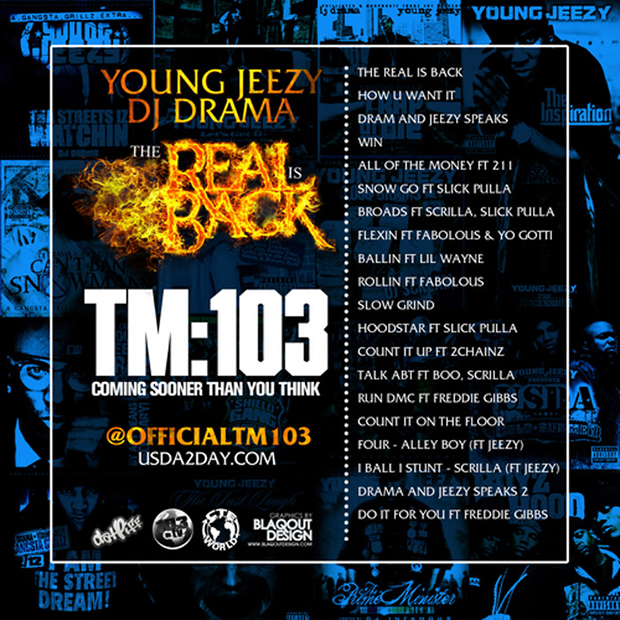