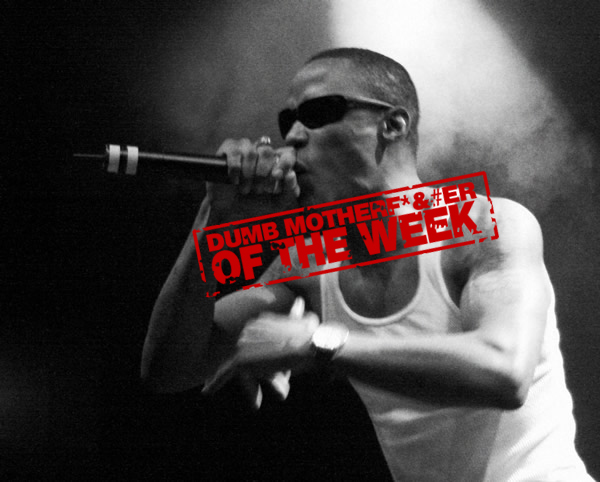 If you’re a rapper way past his prime and a way more popular new rapper brings you up in numerous interviews saying how big of an inspiration you were to his artistic growth, how do you repay him? You thank him for possibly introducing you to a new audience when he didn’t have to right? Wrong. You diss him and call it disrespect. Well, at least that’s what Canibus did to J. Cole when he released the diss song, “J. Clone”.

Even more asinine, Canibus went to Facebook to explain his reasoning behind dissing Jermaine:

Currently, new artists such as J Cole have continuously mentioned me as their favorite artist, shouted me out in articles, magazine/online interviews, and even gone as far as starting off show sets by playing some of my earlier material to warm up the audience and give off the impression that he is real hip hop and loves real lyricism. Cole might say he does this to pay homage, but in reality, by him playing my older material owned by my former label dating back to 1998, subsequently overlooking my current works and contributions which directly benefit me now, he is treating me less like an artist that has, and continues to contribute, influence, and inspire an even younger generation of MC’s coming up, and more like an artist that has physically passed on already(i.e. Tupac, B.I.G., Big L, Heavy D, Eyeda): you get the point I’m trying to make. I can’t help but to think that he is not nearly as sincere or genuine as he would like real hip hop heads to think he is because he speaks about me like I am dead. What he is doing is underhanded and disingenuous and whether it is his idea or not, I don’t agree with his tactic and I have something to say about it.

Really? Earlier in his rant, Canibus also said something about paying homage to legends by doing songs with them. Maybe Canibus is mad because Cole wouldn’t jump on a track or answer his phone call?

I thought we was gonna make it to 2012 without giving out another one of these (Radric & Vanessa almost got one the other day), but Canibus, here’s your Dumb MotherFucker of the Week Award. Hopefully you are just as thankful to us as you were to J. Cole. Where the hell is Eminem when you need him?