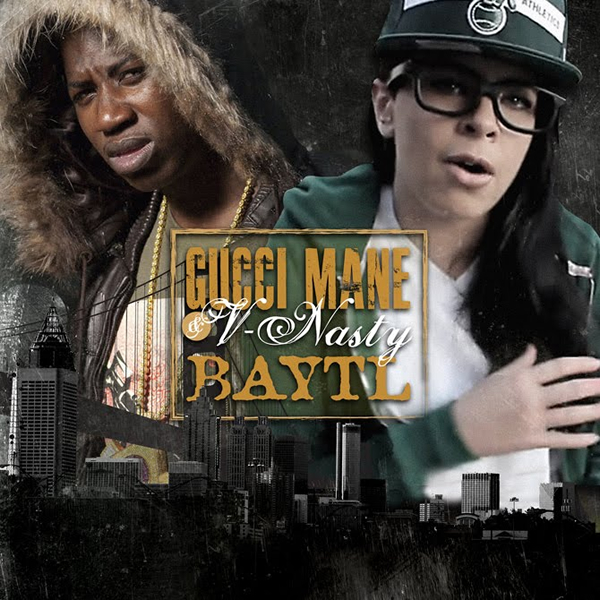 I know what your saying, “Duh B-Easy, we all knew Gucci Mane & V-Nasty’s album BAYATL was ‘real thing’. We’ve been hearing about it for weeks”.

But I didn’t. Sure, there was a photo of them together some months back, some leaked tracks off the album, even a behind-the-scenes video, but it my heart I would never think that two of the world’s most illiterate rappers would make an 12 track album together. This reality clicked last night when somebody sent us a leaked copy. Oh, did I mention that Radric & Vanessa aren’t giving this shit away? Yea, they want $10 for this.

Okay. All hating aside, you do have to hand it to Gucci. Not only does he not give two fucks, he did the unthinkable and did an album with a rapper more ignorant than Waka Flocka Flame.

So. nappyafro Staff. Who’s gonna review this one? Wait, I’ll do it:

Sidenote: To be honest, I do actually like V-Nasty’s song “Swobbin'” (Although mainly for Tha Bizness production). I heard part of a remix with Gucci on this video and he actually sounded pretty good over it. Sadly that shit is nowhere to be found on BAYATL. Damn.