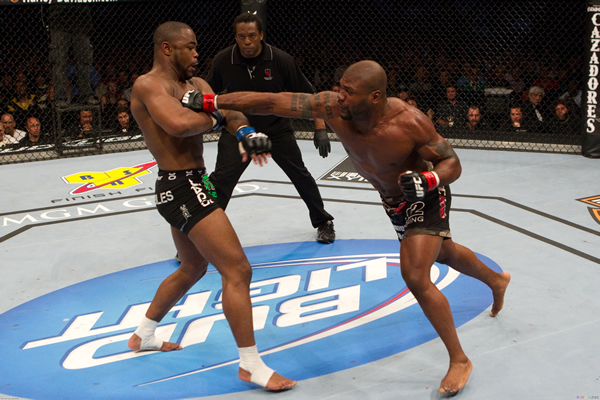 As Quinton Jackson awaits his performance at UFC 144 this weekend, he speaks to Ariel Helwani about his career and memories from his days in Japan. They walk the streets of Japan as Rampage explains the difference in American and Japanese society.

Rampage will fight Ryan Bader on Saturday night and he plans to make it interesting. He stated earlier this week that he’s going into this fight to put on a great show for the fans whether he wins or not. His most recent fight was a loss against light heavyweight champion Jon Jones. In an attempt to win the belt one last time, he became the most skilled he has ever been. He fights much smarter than he did early in his career which is common in veterans of the sport. After his loss to Jon it appears he will continue to fight for the fans and put on the best show he can.

As he nears the end of his career, I believe he realizes a title isn’t likely but he can still end his career on a high note. I honestly wouldn’t be shocked if he retired after a win on Saturday in Japan. He still has a few fights in him but the movie business pays better and he’s not getting any younger. I’m a fan of his and I hope he doesn’t, but it seems like a retirement situation.

He claims to be unconcerned about winning or losing this fight but he will nevertheless win it thoroughly. Rampage has fought three wrestlers in his last four fights and has significantly improved his take-down defense along the way. He stuffed all of Hamill’s take-down attempts and almost all of Evans’ and Jones’. Ryan understands that Rampage can drop him. He claims that he doesn’t plan on trading punches with Jackson which leads me to believe he will press Quinton against the cage and attempt to take the fight to the ground. Unfortunately for him, Rampage has finely tuned the skills needed to nullify Bader’s game-plan against the best wrestlers in the division. While Ryan is known for his wrestling, he is not close to the level of Jon Jones. Rampage should have the ability to keep this fight standing and away from the fence where he can not only put on a great show but also win.