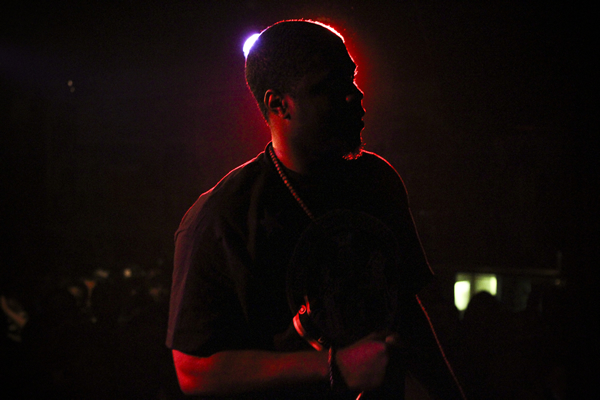 Let me start with this: if y’all don’t listen to Big K.R.I.T., quit sleepin! The Mississippi native produces his own music and made his major breakthrough with 2010’s KRIT Wuz Here, following up with last year’s Return of 4Eva. R4 is hands down iller and more fresh than nearly anything released in the last decade, and though it’s early to judge, this year’s 4Eva N a Day (Just dropped Monday; grap it here) is yet another nearly flawless mix-album. All Stan-isms aside, the project easily deserves a 4.5 based solely on the beats and rhymes, which goes without mentioning KRIT’s unique Southern flow and soulful style. This is why I will not be doing a review. Foreal though, download the damn thing! It’s incredibly dope and refreshingly honest music.

It’s apparent that 4EvaNaDay is a successor (or predecessor…more on that later) to Return of 4Eva, and there are some interesting thematic comparisons and contrasts to be drawn. Where R4 had a few skits and good sequencing to tie it together, 4ND is a full-blown concept album consisting of a day in the life of Krizzle. Every change of scenery in his day is loosely narrated in conversations with his loved ones and strangers at the end of songs.

In fact, there are no feature verses, and the only vocal musical feature is an uncredited female singer in “Temptation”, a track about KRIT’s visit to a strip club in the middle of the album. He may have excluded features for two reasons, the first being the obvious assertion that he can hold his own in any setting; less apparent is the brooding sense of loneliness throughout 4EvaNaDay.

While nearly every beat will still rattle your trunk, the songs about pimpin’ women are all but gone on this recent outing, and KRIT prefers to spin tales about his life as a man rather than a typical rap star. He has a powerful delivery and honest conviction in his voice in tracks that have him dealing with reality such as “Yesterday”, “Red Eye” and “Down & Out”. He is constantly letting us into his thought process rather than putting up a wall of slick talk, A la Return of 4Eva. The album even starts with a phone call from his father, which feels empty and sad due to the unfortunate topic of his grandmother’s passing. Before “Temptation”, we hear KRIT drunkenly rambling to a bouncer who doesn’t give a damn who he is, even though his single “Money on the Floor” is playing in the strip club he’s trying to get into. 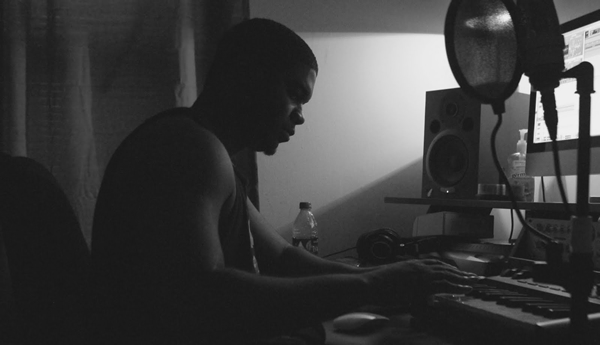 The driving message is that no matter how much he brags, the man has a self-referential awareness of the reality that no one truly knows who he is, despite the impression that Big KRIT is an everyman type of artist anyone can relate to. This introversive day in the life is contrasted, of course, in the more celebratory Return of 4Eva. While standout tracks “Me And My Old School” and “Boobie Miles” are comparable to “Rotation” and “R4 Theme Song”, the similarities end there as KRIT is in a much more cheery mood about his circumstances in last year’s project, rapping about his love of candy cars, a thumping sub and his game with the ladies (Highlights are the aforementioned “Rotation”, “My Sub” and “Highs And Lows”).

Rest assured that there are many dope tracks to vibe to in 4EvaNaDay, like the main theme, “1986”, and “Sky Club” among others. Whether he is enjoying his time riding around town or sickened by corruption in church and record labels, KRIT always delivers enthusiastically. Return of 4Eva has its own share of introspective tracks as a contrast to its prideful songs. “Lions And Lambs” starts as a cautionary tale to folks in bad situations who are looking to sell crack as a way out, and ends as a dismantling of the entire club scene and its fake nature. “The Vent” is the most powerful track on R4 next to “Another Naïve Individual Glorifying Greed and Encouraging Racism”, the former a recording of KRIT’s daily thought process and issues, the latter dealing with racial barriers to be overcome in the black community.

KRIT intended 4ND to be the day after Return of 4Eva’s allegorical night at the club, but it could easily be the day before he blew up as a rapper, and all of the struggles he went through to get to his current level of success. With that being said, the 4Eva tapes serve as a cyclical narrative of the life of an artist living the dream, and his constant snaps back into reality. Both projects are strongly recommended, as they’re absolutely free! Whether you’re an over analytical jackass like myself or an avid Hip-Hop fan of any age, we can all agree that Big KRIT makes great, timeless music.