Our Breakdown & Predictions For WrestleMania XXVIII 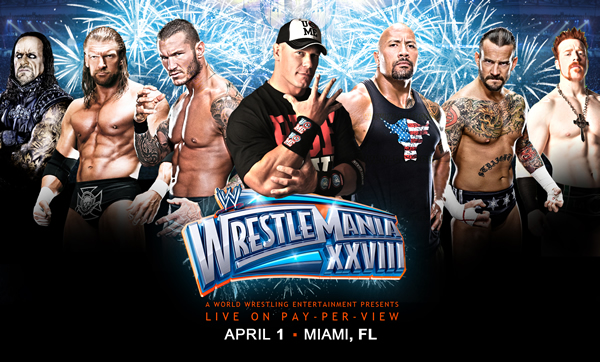 Okay, let’s get this out the way: My name is B-Easy, I’m a professional wrestling fan, I own a replica championship belt, I almost have to watch WWE Raw every week, and I’ve been to a few live shows in my time. Why bring all this shit up? Well, I’ve been trying to get professional wrestling stuff on site for a minute (You’d know this if you’ve been listening to The FROCAST), and what better way to start that off than by breaking down the biggest show of them all, Wrestlemania.

But hey, I’m not the only one on the squad that has love for sports entertainment. Day one nappyafro fans will remember that the homie Saule Wright‘s original name was Thic Flair. So of course it was only right that I get him to ride shotgun as we predict and breakdown the card for this Sunday’s Wrestlemania 28. 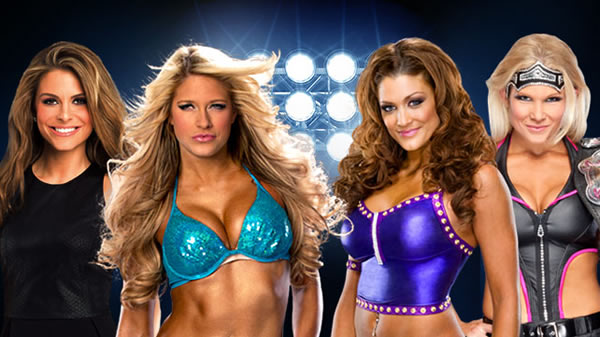 B-Easy – At this point, I don’t even understand why WWE even features Diva wrestling. I mean, last year they featured Jersey Shore‘s Snooky and to follow that up they throw in Maria Menounos at the last minute (Who has broken ribs now & is currently on Dancing With The Stars so she couldn’t even appear on TV to promote this match). Huh? They should have been building a program with Kelly Kelly vs Beth Phoenix or something (I would say I wish Awesome Kong was involved, but her situation right now is messed up). I would have even preferred a Diva battle royal for the championship or something. Prediction: I don’t care.

Saule Wright – Couldn’t agree with you more. In a division that continues to push horrible wrestlers and misuse actual talent, I’m not remotely interested in this match. Okay, well maybe remotely. I suspect that Beth will win and Kharma will make an appearance yet again. I don’t know how they didn’t end up booking Kharma vs. Beth for Mania when it was pretty clear that’s where they were headed. Either way, if she don’t come out and I sit and watch this match, I’ll be pissed. Prediction: Beth wins because I can’t see anyone else but Alica Fox with the belt right now. 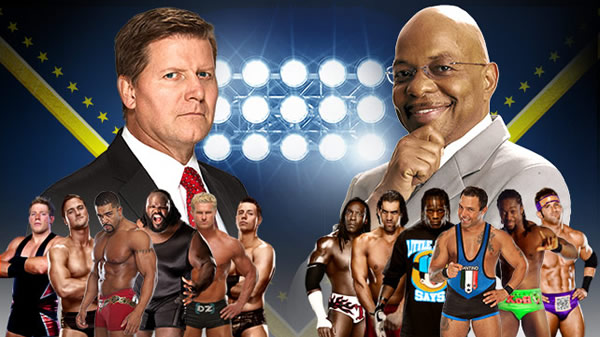 B-Easy – Without the Money In The Bank match, this is the best way to get a lotta people involved in Wrestlemania. I guess it’ll be fun. I’m hoping Team Johnny wins because we’ll at least some new storyline progression with John Laurinaitis controlling both WWE shows. I’m also hoping this will be elimination tag match. Prediction: Team Johnny

Saule Wright: Unfortunately, this match is booked. Team JOBBER vs. Team Talent. Teddy’s team sucks. Outside of Kofi and Santino, the rest have no shot at being or doing anything remotely interesting in WWE ever again. R-Truth got a push, did his job with it, and in the end, WWE Kreative played him and now he’s back to mid-card status. Santino, shocked that he has a belt, is the comic relief so we know he’ll be jobbing again very soon. The rest of the team, no comment. Johnny has managed to help make Otunga interesting which is a feat in itself. Dolph, Swagger, Miz and Drew ALL deserve better than this. They seem to all be pushed back while Jericho and Rock get the limelight…that sucks. Mark Henry still has momentum somehow after being dropped from the title picture. Prediction: I’d like to think that Johnny’s time is up, but with him working with Otunga, I suspect that he’ll win. Teddy’s been looking for a break for a while anyway. 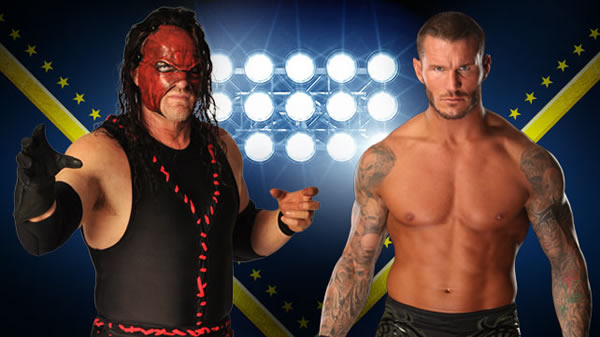 B-Easy – If Randy Orton didn’t get hurt recently, I’m pretty sure he’d be in a bigger match than this (Probably verses Daniel Bryan for the belt). Him versus Kane really doesn’t have any real reason to be a Wrestlemania match where the build up should be bigger/stronger. And Kane’s “Embrace the hate” shit was just to keep Cena busy until Wrestlemania. Meh. Maybe it’ll be okay. Hold up, shouldn’t this be Zack Ryder vs. Kane? Prediction: Randy Orton

Saule Wright – I’ll keep this short, Kane is a jobber and this match makes no damn sense. Prediction: Randy Orton 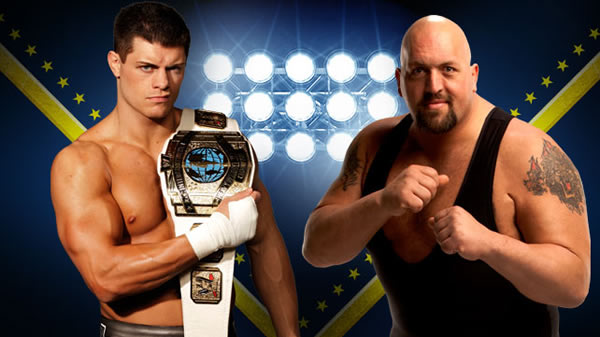 B-Easy – I honestly think that Cody Rhodes should be at main event level at this point. But then again, at least he has a match this year at Wrestlemania unlike his ex-Leagcy homeboy Ted Debiase (He’s hurt right now but he wasn’t getting one anyway). The storyline to this match has been about Big Show’s bad performances at past Wrestlemanias so I see him getting the win here even though winning the Intercontinental title for him seems kinda weird. Prediction: Big Show

Saule Wright – Not only is Cody the shit, he’s also a WWE product. Think that doesn’t matter? Watch a WCW DVD or a countdown and see where WWE folks rank in relation to WCW. I say that to say, that Show is WCW, and D.Bry and Punk are both indy cats. The IC belt is finally relevant again and Cody has it. Vince won’t let 3 folks from outside his org hold the 3 belts that really matter. He’s not losing. Prediction: Show will win by DQ or some fuckery but Cody will remain the champ. It is April Fools day and Cody will pull a trick on Show, I’m sure of it. 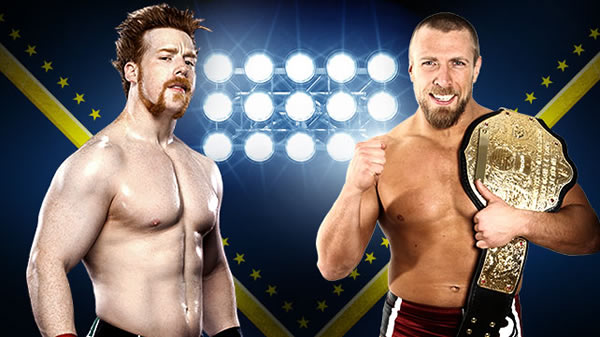 B-Easy – To me this feels kinda hollow. I like Sheamus, but this should have been Mark Henry (c) vs. Daniel Bryan with Bryan finally beating Mark Henry and ending Henry’s monster reign as champion. But stuff got changed up, Henry got hurt, and this is what we got. The storyline here has been involving Daniel’s treatment of girlfriend AJ so she’ll probably turn on him and sleep with Sheamus or something. Okay not that far, but Daniel is gonna lose (Maybe they’ll make him eat meat or something since they’ve been pushing the whole Vegan thing. Pause). I just realized that these two wrestled last year in a dark match. Was this even mentioned on TV? Prediction: Sheamus

Saule Wright – I don’t know if I could care less about this match. I like Sheamus in matches with other bruisers. I don’t like when he faces D.Bry. I don’t see any angle where Sheamus wins even tho he did win the Royal Rumble…oh wait, Trips is running things again..and that’s his boy. Prediction: Sheamus (Daniel Brian will lose but will get a rematch at whatever the next PPV is) 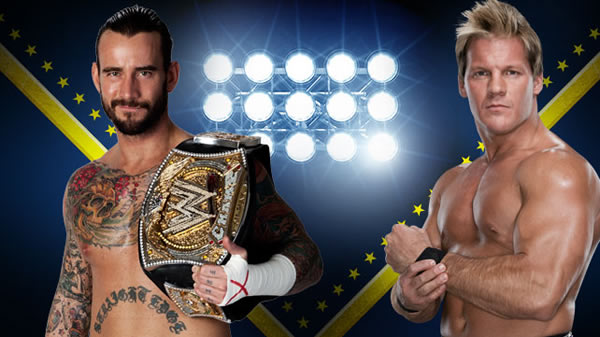 B-Easy – This will probably be the most technical match of the night. They’ve thrown Chris Jericho shitting on CM Punk’s family in the storyline (Which I don’t think they really needed) to add more drama. I think this feud could have been built alone just on Punk just stealing some of Jericho’s style. With that said, supposedly Chris Jericho will stay around WWE for a minute on this run so they may give him the win and keep the feud going post Wrestlemania. Isn’t this feud one of the main reasons he came back? I’m going with that. Prediction: Chris Jericho

Saule Wright – WWE ain’t slick. On April fools day, expect this to be the second match that doesn’t have a clean finish. I def expect it to be a good match, but Jericho having the belt sounds too easy and at the same time, Punk has been the champ for a minute and the merch is moving. This feud needs to continue beyond mania so I don’t see a clean or clear finish at all. Prediction: I don’t damn know, but it won’t be over when the PPV is over. 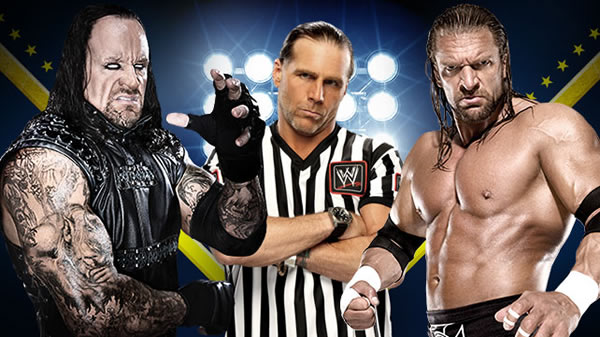 Triple H vs. The Undertaker

B-Easy – Come on son. Undertaker wrestles one match a year but there’s no way the streak is getting broken. It’s gonna be a great match, but Taker’s Wrestlemania win streak will never be broken (Even with Shawn Micheals special refereeing this one). See you next year Mark. Prediction: Undertaker

Saule Wright – While I know better than to underestimate the Trips agenda, Taker’s streak is bigger than Trips ego. I imagine the new bald (and he was bald well before he came back, that wig is terrible) will have a few “tricks” up his sleeve and beat not only Trips but HBK down and walk out streak intact. Prediction: Taker 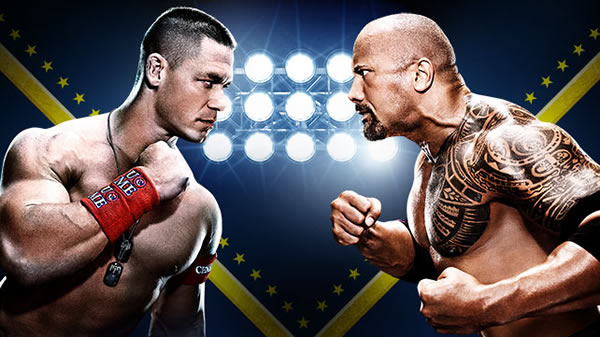 The Rock vs. Cena

B-Easy – This whole Wrestlemania has been built around this match and it was made around last year’s Wrestlemania 27. It’ll definitely be the closer of the show. And even though the show is in The Rock’s hometown, there is no way WWE is letting John Cena lose. It doesn’t make sense to have Cena lose when he’ll be around and The Rock is going back to Hollywood after this whole thing is settled. But I could be wrong. I’m not. Prediction: John Cena

Saule Wright – I agree with Easy. Having Cena lose this match would be a HORRIBLE mistake. I like the Rock, don’t get me wrong, but Cena IS WWE and has been since Rock left. Cena is the face of the company the same way Hogan was, there isn’t even a close second to him right now….and yes, I’m including CM Punk in that comparison. Not only does Cena need to win, Rock needs raise his hand at the end. They may even need to have Miz and someone else attack them at the end of the match and have Cena and Rock beat them up and stand together at the end. Cena has been getting buried since Rock came back so I look to see them try and get some of the fans back on his side with an action like that. Prediction: Cena…if they have any idea what they are doing, it’s Cena