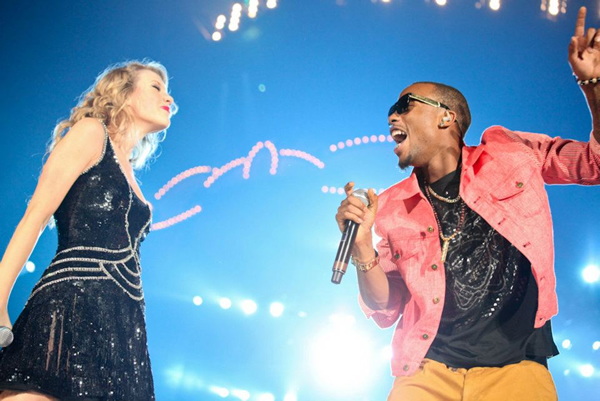 Taylor Swift continues doing business with Grand Hustle. I remember hearing T.I. confirm that B.o.B had in fact recorded a track with Taylor Swift sometime last month and that it would appear on the upcoming album Strange Clouds. Well, it seems that that song, “Both Of Us”, has leaked (Which may not be a great thing for Bobby Ray). Now, I’m not gonna rant about artists selling out or making music they don’t even like to listen to (I do that on tomorrow’s episode of the FROCAST) but I do wonder was it ever a time where Bobby Ray actually aggressively wanted to listen to any song by Taylor Swift.

All hating aside, this song of course has the potential to be huge and it’s basically Swift playing the role of Hayley Williams or Skylar Grey. It’s made for the radio to love it.