Bring It Back: Are Mixtape DJ’s Necessary? 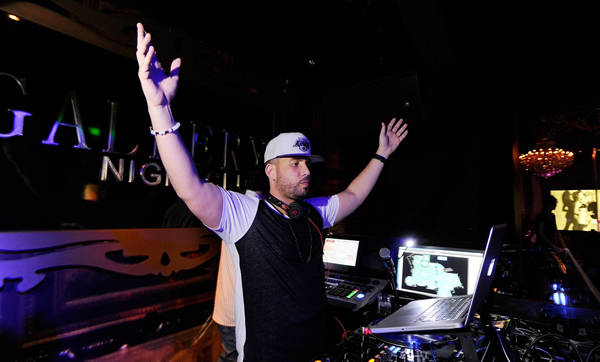 The above quote is from Big Sean’s interview on DJ Drama’s show while in ATL opening for Trey Songz’s Anticipation Tour. While discussing future projects, Big Sean suggested doing a Gangsta Grillz mixtape with Drama. Drama seemed open to the idea, but he acknowledged the fact that a lot of new artists are bypassing the help of mixtape DJ’s. The aftermath of that decision has produced amazing results. 2011’s best mixtapes, that were featured on year-end lists of best albums on many music sites and magazines, not only featured the new standard of all original material instead of free verses over popular beats, but the unnecessary drops, sound effects, and shoutouts have disappeared lately.

DJ’s like Drama, Clue, Michael Watts, and many others have used their mixtapes to introduce new artists on their well-known mixtape series. They are still relevant and have even become so popular that they are the bigger celebrities than the artists they are spinning for at shows. When you’re going to a show to see one rapper, it’s bad enough seeing 40 unknowns standing in the back, nodding their heads in unison, but you also got to deal with the hypemen and DJ having a microphone. As much as hypemen are unnecessary most of the time, I don’t see the point of a DJ having a mic. Why does the DJ need a microphone? When I watch one of my favorite rappers perform on TV, I want to hear and/or see the actual scratching or some mixing. Seeing someone stand behind the turntables yelling, “Yeah”, “Let’s Go”, or “Come On” into the mic is not cool. Seriously, when was the last time you saw DJ Khaled behind a turntable? Rappers don’t want to share the spotlight and I don’t blame them. Why do mixtapes need DJ’s anyway?

If they were essential to the creative process by being the A&R’s picking beats or the executive producers sequencing the tracks then their presence would be understandable. There have been too many instances of DJ’s not helping at all. My favorite B.o.B mixtape, B.o.B vs. Bobby Ray, was destroyed by DJ’s Green Lantern and Don Cannon. On the intro of his next mixtape, May 25th, B.o.B himself even referenced, “DJ’s screaming all on your mixtape.” It was ironic how two great producers destroyed great music by talking over the songs and repeatedly starting a verse over and over, for no good reason. I listen to mixtapes to hear new music, not to hear DJ’s shouting out everybody and their mommas. Fabolous waited for DJ Drama to come back from vacation to release his There Is No Competition 2 mixtape. Most people wondered why Fabolous couldn’t release the tape without a DJ. His Soul Tape mixtape has been mentioned as one of his best free releases and featured no one performing any hosting duties. The answer to why Fabolous needed Drama is he had the music, but waited for the brand to put his stamp on the tape. Artists are using mixtape DJ’s for their names, just like mixtape DJ’s have been using the artists for the last couple of years.

In this new era of doing things solo because of a Yolo lifestyle, some music is better without a DJ, in my opinion I was opt for the tagless version for a download. Could you imagine Frank Ocean’s or The Weeknd’s songs being interrupted by an anonymous, “Bring that shit back!” and the song starting over again? What if your favorite verse off No Ceilings was cut short by a gunshot or siren sound effect? God forbid, if a mixtape DJ was to scar the sounds of a new Kendrick Lamar or Big K.R.I.T record with their unnecessary boasting of being the hottest in the streets. Word to Flex. Mixtape DJ’s, I propose a compromise: if you promise to save the big-shit-talking, which I love sometimes, only for the intro, outro and one interlude, I promise to pass the message to my friends and family. I will tell everyone who got the most exclusive music, I will let it be known who wears the crown in your side of town, and I let it be known that it is a movement/movie in the making when you step in the club. All I ask in return is please don’t stop the music.