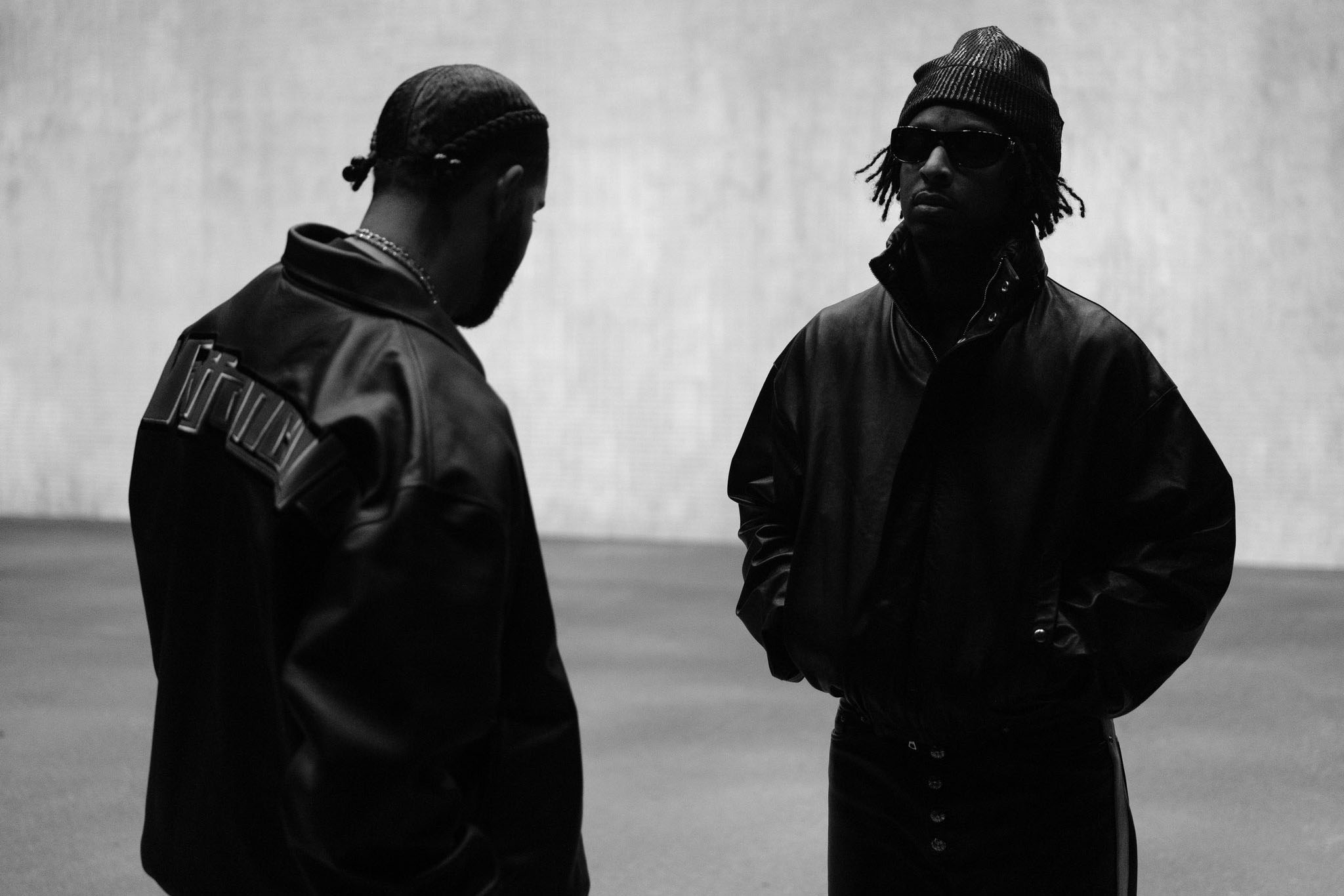 I am not excited about this.

Look, it’s bad enough this album came out around my birthday, so I’m already wanting to do everything but listen to this, but in addition, Drake has been releasing the worst music of his career post-If You’re Reading This It’s Too Late, and every release gets exponentially worse. On top of that, he’s bringing 21 Savage along for the ride, a rapper who has not only improved since his Metro Boomin-assisted debut, Savage Mode, but a rapper who seems to bring the best out of Champagne Sugar Papi when they collaborate. So, let’s go through this hour… and see what happens.

This thing is an hour… Jesus.

So the first part is a rocky start to a song, Drake awkwardly asking 21 Savage to do things for him, leading into a so-so verse from 21, where there’s a bar of him interpolating Megan Thee Stallion’s “Savage” (won’t be the first time she’s mentioned on this album) and then things get really awkward…

Drizzy pretending to be a pimp, and we head right into a low-budget Three 6 Mafia beat where he interpolates T.I.‘s “24’s” with minimal effort. It’s basically living up to the title of the song. The problem is it’s not luxurious, nor is it exciting. I’m not in a mood to put this on when I’m wasting my paychecks. Let’s hope those “hoes” are of age (allegedly)

2. Major Distribution
Produced by SkipOnDaBeat, Elijah Fox, & Kid Masterpiece
Leave it to Drake to sing a ballad before the song actually begins. The star of this song is really 21 Savage here, where it feels like he actually followed the assignment, where Aubrey doesn’t really put in the energy to keep me tuned in and invested in the song. Even the One Direction reference in 21’s verse made me chuckle a little. This is a decent song. Nothing special but a step up from the previous.

3. On BS
Produced by OZ & Elyas
Now this is what I was hoping the album would be. Drake and 21 going off each other’s words, bringing out the best of each other. Even for as minimalistic as the beat is, their performances make up for the lack of layers in the instrumental. Best song of the album thus far… cutting off that ridiculous ass outro.

4. Backoutsideboyz
Produced by Produced by Rio Leyva, Dez Wright, & Taz Taylor
Is this the song Lil Yachty helped write? I feel like I hear him in the adlibs.

5. Privileged Rappers
Produced by Earl on the Beat, Gentuar Memishi, & 40
The “A Week Ago” sample is a nice touch. More flexing on these broke as fuck, non-factor rappers. Dreams of fucking in banks and cars. 21 coming through again…

It’s okay as a whole, but I don’t really have a place to listen to this.

6. Spin Bout U
Produced by BanBwoi, 40, & FortyOneSix
Well hey, at least Drake is self-aware to know his audience is the target of corrupt politicians who are working day and night to rid them of their right to choose what and what not to do with their bodies. This energy won’t last. More on that later.

But outside of that, this track is light, fluffy, soft, or any word synonymous with those words.

7. Hours In Silence
Produced by Nyan, Mcevoy, 40, Noel Cadastre, & Daniel East
Six minutes and thirty-nine seconds of absolutely nothing. Just rambling on and on. I don’t even have a joke for this. Like, what can I possibly say about a song that is nothing?

8. Treacherous Twins
Produced by OZ, Noel Cadastre, & Boi-1da
Suspect underage clubbing line aside, I think the reason I gravitate to this song more is because of the instrumental. It just does what it is supposed to do to capture the atmosphere. It’s just a vibe, and it’s okay.

I understand this is rap, disrespect comes with the territory. I’m lost on this because what exactly was the point of that line? To be clever? So Drizzy can think he’s actually doing something with that line? Am I as upset as I was when I heard this the first time? No. I just find this to be a bit hypocritical, to say all that nonsense he said on “Spin Bout U” then turn around and poke fun at a woman who allegedly got shot and adding on to the narrative of “bitches be lyin’.”

Outside of that, the usage of the Daft Punk sample is horrendous. There’s no room to breathe, there’s no hooks, there’s nothing that stands out. Before you know it, the song is over and you’re left wondering, “that’s it?”

10. Pussy & Millions
Featuring Travis Scott; Produced by Cheeze Beatz, Go Grizzly, Squat Beats, & B100
So I guess this is Travis Scott’s grand return to the mic since the concert from hell from a year ago. His feature…well…much like this song, is just so…lifeless. Especially when Drake is crooning about having his kids eaten. Please don’t do that no more.

11. Broke Boyz
Produced by Wheezy, Tay Keith, Jack Uriah, Audio Anthem, & KrishnaMusic
At least we got something where they both sound like they actually want to rap. Confident presence is all I ask for here. As subdued as the instrumental is, it’s a vibe, no more, no less.

12. Middle of the Ocean
Produced by OZ, Nik D, Noel Cadastre, Sucuki, & LOOF
A time-honored tradition of Drake waxing poetic about shit I do not care about over instrumentals that would be better suited for better rappers. It just feels like we learn nothing new about Drizzy outside of him being a hater towards Serena Williams’s husband for no reason. It’s got me wanting to listen to AZ’s “Mo’ Money, Mo’ Murder (Homicide)” now that the sample is in my head. Birdman does Birdman things in the end.

13. Jumbotron Shit Poppin
Produced by F1LTHY, CuBeatz, Oogie Mane, Sad Pony, 40, Klimperboy, DannoProductionz, & Dilara
Yeah, I can definitely tell Lil Yachty wrote this. This song never really went anywhere except for the bottom. It’s like Drizzy is trying to catch a flow, but it’s all scattered and doesn’t keep a consistent rhythm throughout, plus the “bleh bleh bleh” part is unnecessary.

14. More M’s
Produced by Metro Boomin, DAVID x ELI, & Kyson
Metro Boomin provides a backdrop that was well needed to liven up this drab production throughout the album. 21 is rapping like it’s 2020 again, as this sounds like something that could have easily fit within Savage Mode 2… and then Drake arrives.

However, Aubrey sounds motivated and awake, and then I keep in mind there’s lines like…

The way I ran shit, you would think I was Iranian.

At least this song is a step in the right direction.

15. 3AM In Glenwood
Produced by OZ, Peter Iskander, & 40
It’s kind of weird hearing 21 on these type of beats, but he holds his own on this one here. And it’s not that I’m saying these are the best verses ever or whatnot, all I’m asking for is that for as much as this was made to be an event, it has to be treated like one. While for me, it’s too little too late, this song makes up for all I had to endure throughout.

16. I Guess it’s Fuck Me
Produced by TheLoudPack

I guess it is fuck you.

So, as you can tell, I’m very pessimistic about this. Maybe I’m being unfair, but it’s my review, so whatever.

There’s a reason why it took almost a month to review this. It is because I could not bare to muster up the energy to listen to this more than once. Overall, this project feels more like a cash grab and a way of boosting Drake’s ego after his critically panned “techno” release. This is a Drake featuring 21 Savage album, where 21 takes a back seat, guiding Drake throughout these beats, making sure he doesn’t go off course.

It’s not that I don’t like this album, it is not that I think it’s trash, and it’s not that I don’t think this has a place; obviously, it does. It’s just that I don’t care for this album which is something I can say for a lot of Drake’s output post-If You’re Reading This. Drake doesn’t try because he doesn’t have to. The fans will eat it up, his name value alone will keep him afloat, and some songs will go viral, rinse, repeat. With this album coming out on my birthday and me and Aubrey being of the same age, when it comes down to it, I had to tell myself what I’m sure a large part of the audience is telling Drake…

“You’re getting too old for this shit.”