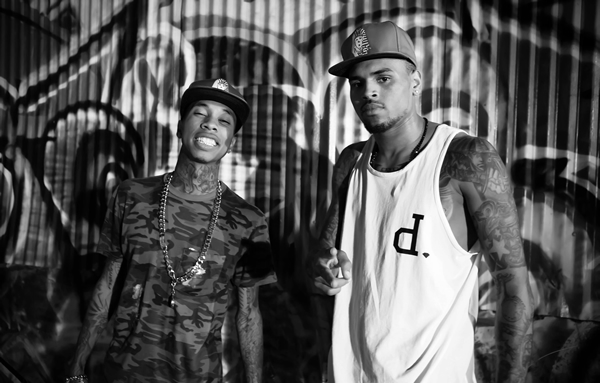 In 2010, Chris Brown released some of the best work in his career in the form of mixtapes. He kept himself busy that year by releasing three great records to keep his loyal fans satisfied while the mainstream media continued to scorn him and his career. He is now arguably more famous and successful since his 2009 domestic violence case. This is partially due to the increased exposure that the nationally discussed case gave him but also because it appeared to inspire him to work harder.

His second mixtape from 2010 titled Fan Of A Fan was a joint effort with his friend Tyga from Young Money. It’s a great mix of R&B and rap and was Brown’s first true venture into Hip-Hip. This was the first record of Chris Brown’s that I had ever listened to. Someone suggested it to me and I’ve loved it ever since.

It truly is a mix of hardcore rap songs and quality R&B. He introduced his fans to his two singles “No Bullshit” and “Dueces” with the mixtape.

According to Tyga’s twitter announcements yesterday, they will be joining again this year to release another mixtape under the same series.

Brown will be releasing his fifth mixtape in three years and I hope he keeps them coming. Vastly underrated and lacking publicity, his mixtapes sometimes go unheard even by some of his biggest fans. Brown has consistently released quality music for free to continue to build the relationship he has with his true fans and it apparently is working.