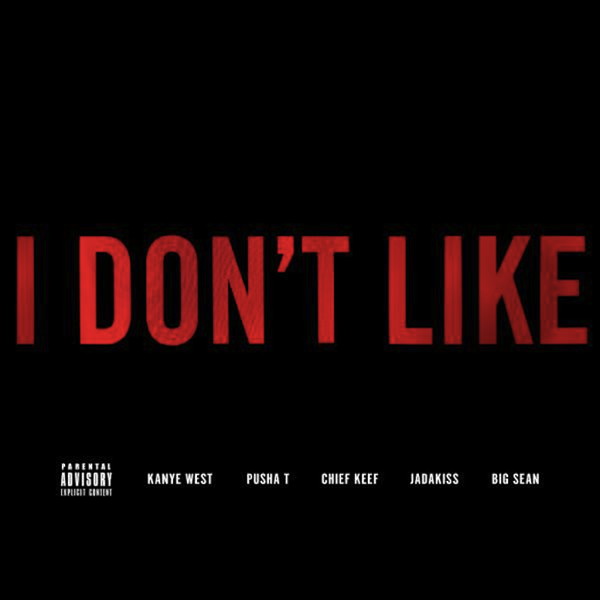 It hasn’t been 2 weeks since Kanye West announced an all-star remix for Chief Keef‘s “I Don’t Like” feat. Pusha T, Kanye, Big Sean, & Jadakiss. It may have felt longer (Keef was even mad he didn’t get to hear it), but that doesn’t matter anymore because it’s finally here. And it’s safe to say that it lives up to the billing.

Not familiar with the 16-year-old Chicago rapper Chief Keef? You can read more about him and his crazy back story at Gawker. I’ve posted a few things in The Forums by him in the past (His mixtape Back From The Dead is probably the one you wanna check out) but personally, I think he sounds like Lil’ B (Who’s he collaborated with already. Kinda) but with more gangster and without the gay shit. But what do I know, Cash Money, Sony, & Young Jeezy’s CTE are just a few people who wants to sign him. Bang.