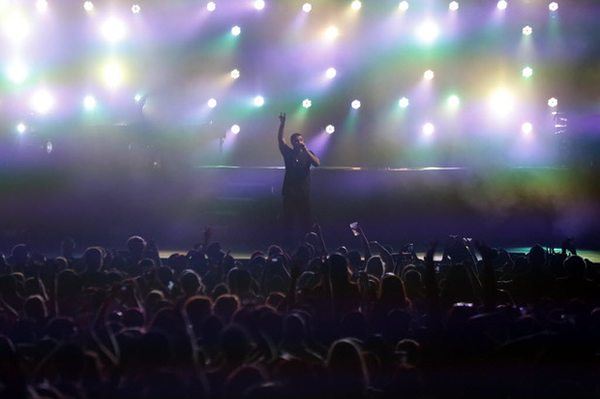 “I Took a Seat on the Ice Cold Lawn” – Frank Ocean

My last concert at the amphitheatre, formerly known as the Superpages.com Center, housed the best concert I had ever seen, the Glow in the Dark Tour. Kanye West, Rihanna, N.E.R.D., and Lupe Fiasco each put on an amazing show. Same venue, similar bill featuring various artists I wanted to see live, the only difference was my seating. This was the first time I enjoyed a show from a blanket on the grass; the cheapest seats in the “house” 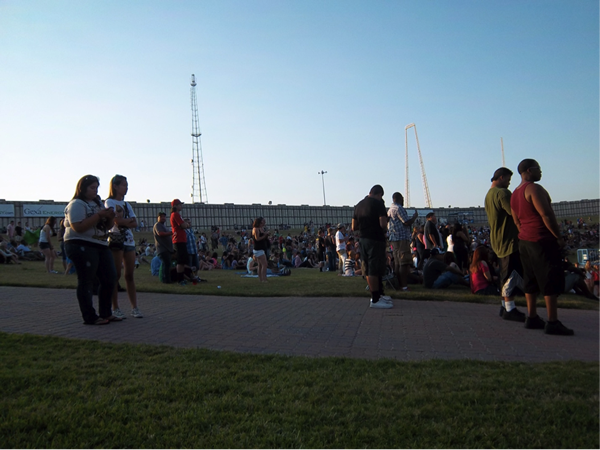 The bill featured Drake with supporting acts: French Montana, 2 Chainz, Meek Mill, Waka Flocka Flame, and J. Cole. I had until 7 o’clock that night to avoid the radio stations that would play their songs on a continuous rotation; I purified myself and listened to only R&B music. All of the performers were rappers I had never seen live before and were far from rookies when it comes to stage performances so I had high expectations. My expectations for a typical rap concert are similar to my club experiences. I imagined a smoke and liquor filled environment that I should have known from the fact that it was outdoors that that it was not my typical rap show, but I learned the hard way as I strolled into the venue fifteen minutes late.

2 Chainz was on his last song before leaving the stage and French Montana had already performed. HOW ARE TWO PERFORMANCES DONE IN 15 MINUTES?!? 2 Chainz’s set alone should have at least been twenty minutes with all his features and mixtape material. Took awhile for me to get over the fact that I missed seeing the second person I was most hyped to see. After setting up my space and finding a frozen drink, I was ready to see who was next to walk into Club Paradise. 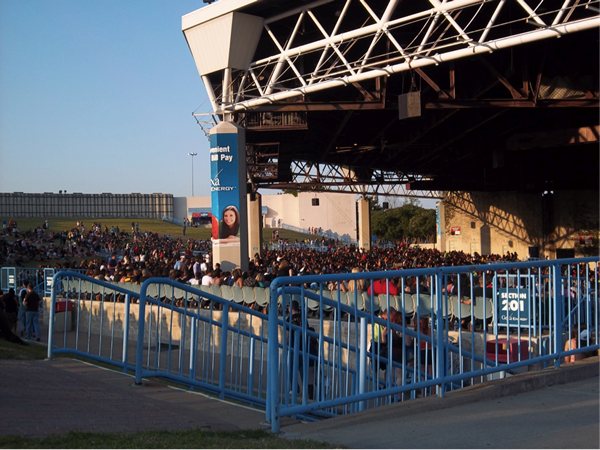 The calm vibe of the clear-sky Wednesday was interrupted with the sounds of “Tupac Back” blasting from the speakers. I have a problem with Meek Mill screaming on most of the songs I have heard from him. He sounds so angry. While on stage I didn’t have a problem with his aggressive tone, it helped with him control the crowd’s attention that was still coming in the venue late. Surprisingly, he did not perform any cuts off the website crasher mixtape, Dreamchasers 2. I would have loved to have heard, “Racked Up Shawty”, “Lean With It”, “Flexin”, or  “A1 Everything”. Mill did deliver an entertaining performance by showcasing radio hits and the songs of his successful Maybach Music crew.

The most energetic performer on the bill did not disappoint as he stepped onto the stage to the thumping bass of, “Bustin At ‘Em”. I could not help but take notice of the diversity of the crowd of young and mature as Waka Flocka Flame instructed everyone to raise their middle fingers in the air and then make their hands into guns shooting at haters. Honestly, I was not surprised to hear this from Waka Flocka, it was expected and carried out in his serious and ratchet attitude perfectly. While Waka and his dreads were obviously the main stars on stage, the audience could not help but be amazed at his support in the form of a band i.e. the drummer. This dude went off while he was playing. He did tricks I have never seen. This is the point where I realized that even though I was enjoying the show I noticed how Waka kind of rushed toward the end of his set, it was still an amazing performance.

As time went by, darkness began to blanket the sky. As I sat on my blanket and stared at the airplanes that actually looked like shooting stars, I realized that two things. My first realization was that there were absolutely no stars out tonight. My second realization was the fact that the concert was almost over and there was only one more performer before October’s Very Own would take the stage. The common-man rapper entered the stage to the theme song for every post graduate and soon-to-be senior, “Dollar And A Dream III”. J. Cole was surprisingly livelier than I imagined he would be on stage. I pictured him standing in the middle of the stage delivering lyrics similar to a poet on open mic night. The Dreamvillian was able to match the level of Waka’s energy. I was not surprised at the feeling of J. Cole rushing through songs and keeping a short set list with a vast catalogue of three mixtapes, a gold album, features, and various songs floating around the internet. The performance gave the audience what it expected and was also able to surprise the concertgoers next to me that were only in attendance for Drake. Cole World handled like crowd like a veteran.

Nothing is better than seeing an artist on the come up. I have been able to go to shows and see Wiz Khalifa before “Black And Yellow” really blew up. I have seen B.o.B before “Nothing On You” reached the radio and Keyshia Cole before she had the TV show. A true fan is able to appreciate an artist’s growth from humble beginnings in small venues to larger arenas. Unfortunately, I was not able to see Drake when he was doing college shows. The performer I saw live was far removed from “Wheelchair Jimmy” and was closer to veteran status with a collection of two albums (Three if you want to include So Far Gone) and plenty other material to perform.

The crowd was silent as the band played the intro for “Lord Knows”. From the smoke, Hip-Hop’s favorite Canadian emerged on stage dressed head to toe in all black everything. I’m not going to lie, I wanted to see the Drake’s right hand’s performance that has been mimicked and spoofed so many times. His famous gesture and grunt had to be watched on an Affion Crockett video, because he did neither one while he keep the crowd’s attention and the momentum of the amphitheatre turned up to the highest levels. We were rewarded with the cocky and happy Drake as he only slowed for minimal moments to perform slow burners such as, “Trust Issues” and “Marvin’s Room” which still had everyone hype and drunkenly singing along as if their exes and haters were in attendance. 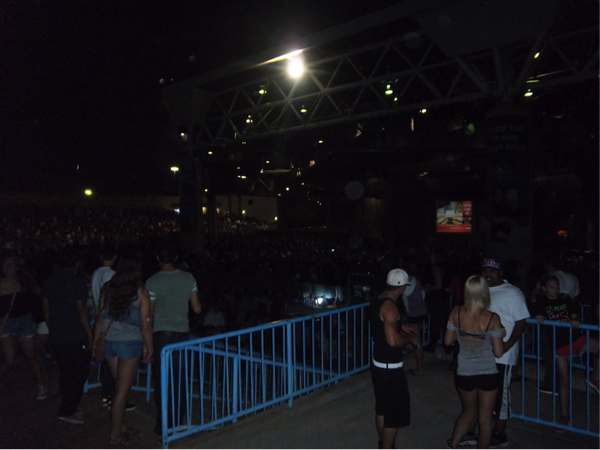 Drake provided a memorable night for the audience by providing a show that would live on in Facebook statuses and tweets later that night. One of the best moments came while Drizzy was addressing several members of the crowd. From shouting out those in the far back on the lawn (Yeah! That’s me!) to those up front holding signs and wearing the official merchandise from the vendor’s booth. The woman that pulled her top down while the cameras were on her got just as loud a response as 2 Chainz and French Montana were pulled back out onto the stage to perform “No Lie” and “Stay Schemin'”. Young Money’s biggest star proved that he is not “Canada Dry” or emotional. His music is not only for crying alone in a dark corner; it is meant to be played at ignorant levels whether outside or inside the club. This tour will be a success as it brings both sides of the nightlife together: actually being inside the club while wishing you were outside in a larger and calmer atmosphere/waiting in line outside the club while hearing the music wishing you were inside.

*It would have gotten an “A” if the concert was longer and everyone got to perform most of their songs that they are known for, no “Oh Lets Do It” from Waka Flocka Flame was really unexpected and did not sit well with me. Really though, what club you know closes before midnight? Come on, Drake.