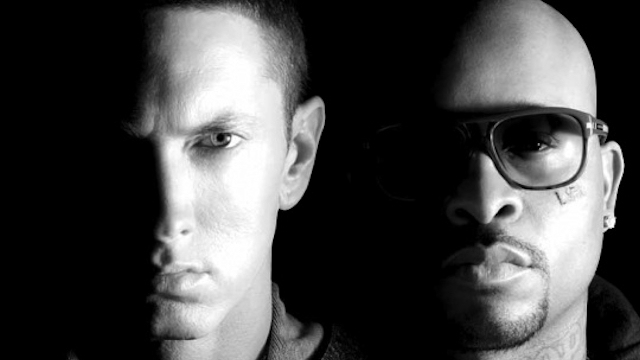 Was anyone else surprised to find out that Jay-Z and Em’s collaboration on The Blueprint wasn’t as organic as it sounded? It wasn’t until years after it came out that I discovered this was the original song done by Motown MCs Nickel 9 and Slim Shady. Apparently Hov caught wind of this track and wanted it on his 2001 classic. So Royce was cut and Em’s verses were kept but with slight changes. There has been some controversy about who really produced the track and who murdered who (I wonder if Nas still thinks the white boy slaughtered Jay?). Regardless this is a great track and it should get all you Slaughterhouse fans excited for their Shady Records release. Plus tell me what you think about the track in the comments. Should Royce’s verses been kept on the Jay-Z version? Who stood out lyrically? Is Eminem’s voice still this nasally? Also my twitter is linked at the bottom of the page. I don’t really use it but I might get motivated to jump on there if I have more people on it.

Have a great weekend everybody!