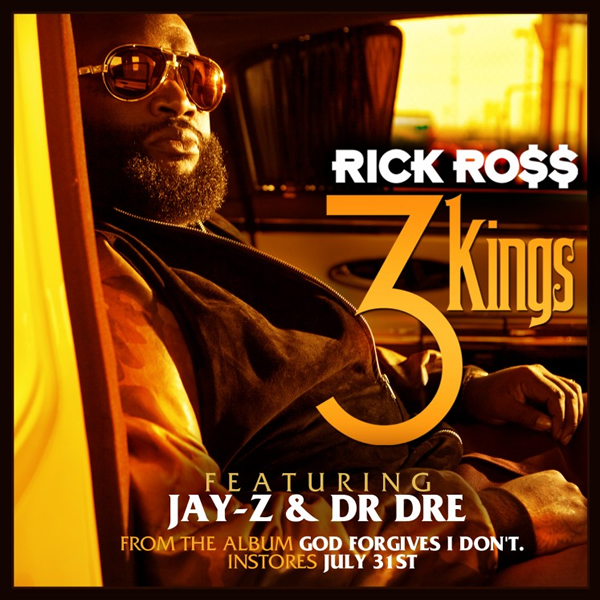 You see what happens when I take a break from the Internet (Or at least while I wait for the Nas review to come in)? I come back and Rick Ross drops the most anticipated track off God Forgives, I Don’t; “3 Kings” featuring Jay-Z & Dr. Dre. Who needs a big first single? Produced by Jake One (Who has come up since ’08). Funkmaster Flex actually premiered this earlier but now here’s the CDQ version. God Forgives, I Don’t drops on July 31st.

Sidenote #2: Remember when Ross & 50 Cent was beefing and Ross said that he still wanted to work with Dr. Dre? Years later Dre is giving him $100000 watches and now this. Rozay won.