We Thank You Too ‘Snow On Tha Bluff’

It’s been over a year since I interviewed the makers of the movie Snow On Tha Bluff, Damon Russell & Chris Knittel. The movie was officially released this year and I’m happy to see that it turned out dope. I’ve watched it a few times, King Jerm saw it a couple times, & Saule Wright also watched it. I bring this up because even after multiple viewings, nobody in the crew saw that we were thanked in the ending credits. We’re idiots. 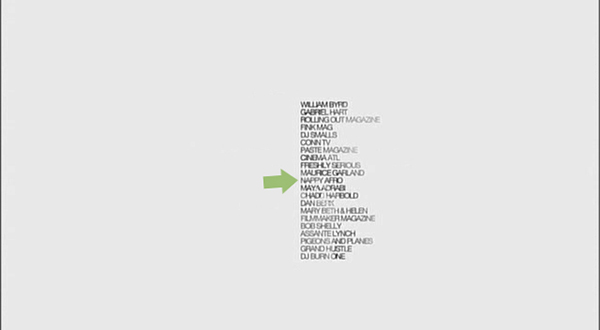 Yeah, it says “nappy afro” instead of “nappyafro”, but you still see it and it’s still cool as fuck. If we never post another thing or if nappyafro.com ever gets shut down again but can’t return, one of the achievements I’ll remember is that we were once thanked in movie credits. Salute.

Also, if you haven’t, go check out Snow On Tha Bluff on Netflix, iTunes, & DVD.