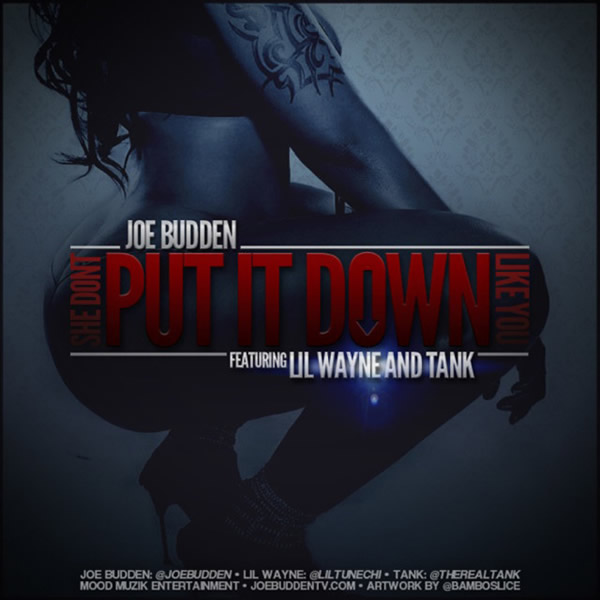 Joe Budden has been teasing and talking about this song for a minute now. But since Budden doesn’t have a great track record of songs with notable artists, I was kinda hesitant to think that “She Don’t Put It Down Like You” featuring Lil’ Wayne & Tank was gonna be something good (Of course I’m talking about Budden’s solo career here. Go check out “The Future” and tell me I’m wrong). But you know, “She Don’t Put It Down Like You” is actually a decent club/radio record. Of course I would have preferred some “Barry Bonds” shit, but I understand. This will be on Budden’s upcoming mixtape A Loose Quarter.