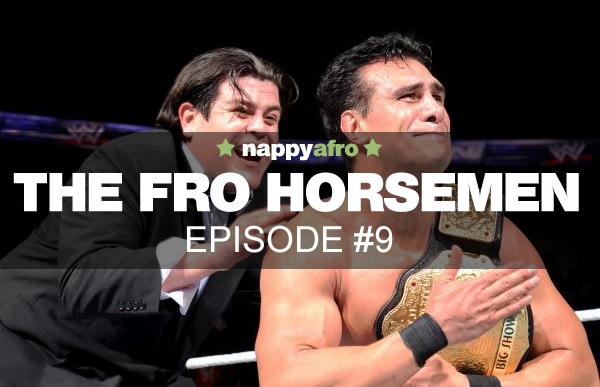 FINALLY the show has come BACK to the fro! We’re back! Happy New Year, mer’ chrimmus and all that jazz! It feels like we’ve been gone forever but the good news is, we’ll be back for 3 weeks in a row bringing you the best wrestling podcast put on for fans, by fans. We’re not smarks or anything like that….in other words, we discuss rumors and news and don’t live by them. You want the latest and greatest rumors, holla at someone else. You want to hear us talk about ideas and current stuff with the enthusiasm of a naive kid, we’re your guys.

Anyway, this episode we’ll attempt to catch up with what’s been going on mostly in WWE, recap a little bit of TNA and may mention some ROH. So let’s get Ready to Ramble, with the Fro Horsemen.