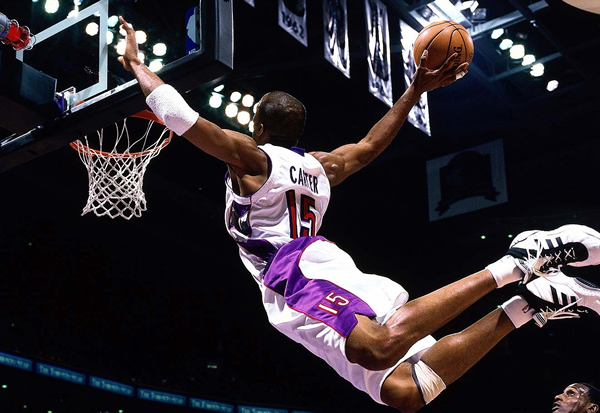 Even if you don’t have 10 minutes to spare, you should still watch this video of the Top 100 Vince Carter Dunks. Some quick reasons:

The NBA could just play this instead of next year’s slam dunk contest and I would be cool. And on a personal note, it’s also cool that my last name is also Carter and that I also wore the #15 during my short and sad high school.