Fantasia – Side Effects of You [Review] 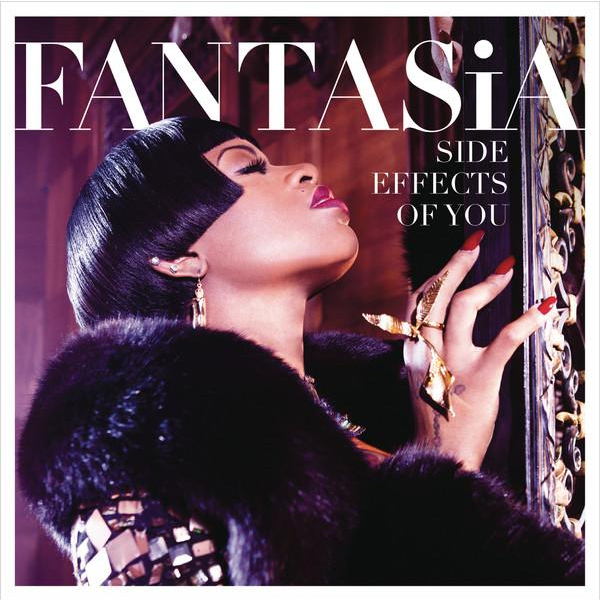 There isn’t a proper intro to right for this one. We all know the story all to well. From winning Idol and three gold or platinum albums to all of her business being put out there including the relationship situation. I don’t wish to talk about all that shit prior to this review. I’ve always been a little soft on Fantasia so I root for her regardless of what’s going on. That said, I’ll do my best to be impartial in this review.

There are some songs on this album the try something a little different. “Ain’t All Bad” starts off feeling like a bit of a Reggae hit but transitions to more of an R&B song at the bridge. As different as this may sound, the lyrics and consistent bassline keep everything flowing nicely. On the energetic 7th song “Get It Right” we get a  pace similar to Andre 3000 “Hey Ya”. With the same energy (and sometimes lyrics siting the alright, alright, alright, alright, alright) she controls the band, your feet, and the guy she’s speaking to with:

We’re spinning round and round
Like a broken record, don’t you tune me out
It’s the last time I’m telling you.
You think I’m so predictable
Just read my mind and you would know
That you’re running out of time
So you’d better get, get, get, get it right.

While those songs are great, the bread and butter of the album are the songs where she dials in and goes for songs that all have major mainstream appeal and a familiarity about them. “Without Me” features Kelly Rowland and Missy and with their help and that southern bounce in tow, this should have been the first single from the album. It’s sexy but lacks no attitude and is one of the best songs she’s ever done. While she usually relies on her powerful vocals to showcase who she is, she plays the back to a catchy beat, silky hook and fly production. “Change Your Mind” reaches back and grabs some of that diva/Tina Turner energy she used to roll with early in her career and builds on the melodies of Whitney’s “I’m Your Baby Tonight” to create a song that feels good and familiar instantly. “Lose to Win” is my favorite song on the album borrowing it’s identity from the Commodores “The Night Shift” to push it over. I’d be lying if I said that the sample didn’t help give this song an instant vintage feel. Lyrically, it’s really a great song for Fantasia.

This isn’t all straight R&B though, then again nowadays, I’m starting to think that the lines between R&B and pop are forever blurred. Songs like “In Deep” have a much more pop appeal under some soulful sounding singing and lyrics. “Haunted” sounds like a really big song that would be great in concert. She gets help from Tank, King Los, Al Sherrod Lambert & Jamia on this one which is well worth the deluxe purchase. “To The Heavens” would be the perfect song to close that out. It’s synth-heavy, full of pop hallmarks, big, and monumental sounding. It’s an absolutely grand way to end the album.

Bottom Line:
I can say that Fantasia has made some more R&B sounding albums than this, but I don’t think any of them have been as honest or complete as this one. She clearly used her life to fuel this project, the song selection, writing, and overall direction of it’s sound. It ebbs and flows like life, having found a great balance throughout. From moments of unrelenting strength, to extreme lows. Times of celebration and triumph only to be matched with times of sorrow and uncertainty. One thing for sure is that Fantasia is back on the scene, not missing a beat. Seems like the side effects of you for Fantasia is great honest music…no matter if you call it pop or R&B.