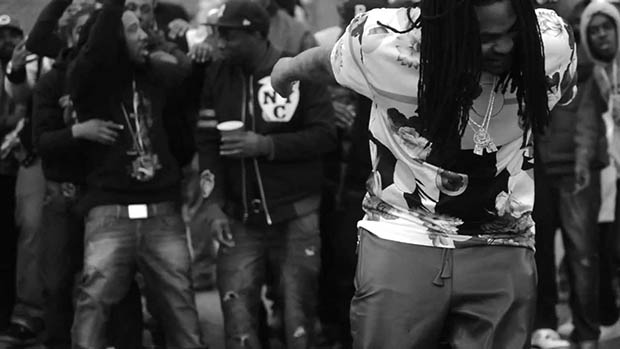 You know scene in almost every New York Hip-Hop music video in the 90’s where they rap in front of project buildings? I love that shit and that’s what we basically get with Waka Flocka Flame‘s visuals for “Can’t Do Gold”. Also, it you would have told me back in the day that a southern rap song would be shot in the Baisley Projects in Queens I wouldn’t have believed you. Directed by DPTV Films & Kaon Films. Off DuFlocka Rant 2.