MMA: Talent Is What Separates Cain Velasquez & Junior Dos Santos from the Crowd 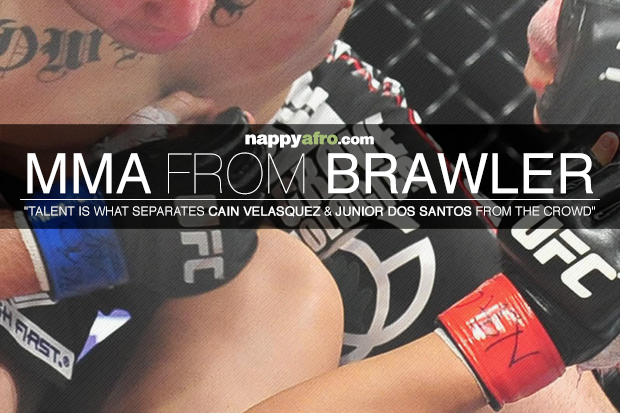 UFC heavyweight champion Cain Velasquez and the former champion Junior Dos Santos convincingly finished their opponents at UFC 160, as expected, which means that the two will fight for the third time later this year.

To an outsider of the sport of MMA this may sound like a bad thing since theoretically you would want several contenders consistently vying for the belt and not the same guys fighting repeatedly. But that assumption couldn’t be more wrong.

What makes repeat fights between Dos Santos and Velasquez is that these two are not just elite heavyweights. They are quite literally the elite of the elite. They are clearly on a higher level of competition than even the top of the weight class. The only fighters that can put these two in compromising situations are each other. Anyone else, they finish with ease and usually without a sustaining an injury in the process.

As I watched these two climb the ranks, it was very clear that they’d eventually meet at the top. Their first fight was the culmination of this young class of heavyweight, the new breed. They make the old guys look slow and they barely break a sweat when they knock the historic monuments off their pedestals.

It led everyone to wonder What’s different in these new guys? Not muscle, not size, speed is what separated these guys from the pack. “Speed kills” is what Cus D’Amato always told Mike Tyson and that has proven to be true in MMA as well as in Boxing.

But not everyone can be as fast as the next guy.

The key here is the talent that these two possess. With practice, anyone can acquire a skill, as everyone in the UFC has done. But these two were born with something that many don’t have. That innate athleticism that allows them to fight with such quick efficient ferocity. It’s the thing that makes Jon Jones an artist in the octagon while being clumsy on the football field or basketball court. It’s the thing that allows Anderson Silva to toy with his prey before putting them out of their misery. It’s sometimes painful just to watch these guys punish their opponents for even challenging them.

The pair will be finishing their trilogy of fights in the fall and it will undoubtably be one of the most anticipated fights of the year. They’re 1-1, so many will perceive this to be the deciding factor to see who’s “better.”

But honestly, it won’t prove anything of the sort. Usually when speculating about the comparison in skill between two great fighters we ask ourselves how they’d fair if they fought ten times. From day one I’ve speculated that these two would probably be 5-5 if such a thing were to happen and look where we are now. Both have very convincing wins against each other, the types of convincing wins that usually end all speculation over who’s more talented or skilled.

But after two fights we’re not any closer to finding that out. That’s why I think these to may, and definitely should, fight more than three times. I’d go so far as to say they should fight five times. Even then we may only prove the fact that these two are so close in competition that trying to figure out who’s better is fruitless. They’ll more than likely trade wins and losses throughout their careers.

Sometimes it makes me think Who cares who’s better? Let’s just see ’em fight! But I doubt that we’ll ever truly feel that way. It’s in our DNA. We’ll always be trying to find the best fighter in the world.