Mac Miller – Watching Movies WIth The Sound Off [Review] 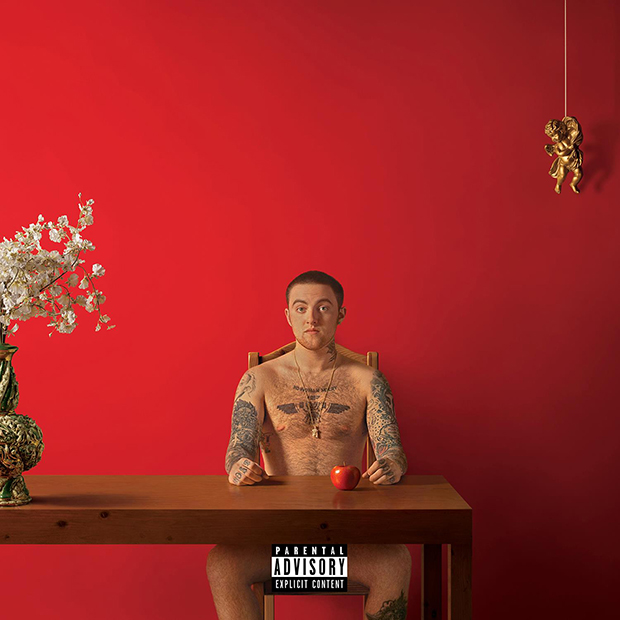 After finding a dark and mature sound on Macadelic, Mac Miller returns with his sophomore album, Watching Movies With The Sound Off with more features (There were no guests for the 16 tracks on Blue Slide Park) and self production. The album starts off strong with “The Star Room” and “Avian” continues into “Matches”, starts to lose steam after “Red Dot Music”,but goes into autopilot after “Watching Movies”. Also, while I was disappointed that Loaded Lux didn’t get to actually rap on the instrumental, his part was well welcomed on this album. I guess the last quarter of the album was for the soundtrack of the chick flick genre. With the exception of “Someone Like You”, the last few songs all sounded the same. Mac’s melancholy, depressive outlook on relationships have been entertaining in the past (and earlier on the album, “Objects In The Mirror” is one of my favorites even though I’m wishing it was the live version with The Internet instead of the studio) thanks to production but on here they sound boring thanks to the too slow jams and Mac’s over the top singing with no real lyrical composition.

Seriously, “REMember” can just completely disappear from the tracklisting, I couldn’t tell the difference between that song, “Youforia” and “Aquarium”. The bonus tracks, “Goosebumpz”, “O.K.”, and “Claymation” should have been featured in the bigger theatre on the album. I think this may win over some people that aren’t fans of Mac Miller because of the guest list, but as a fan I think this could have been a better album with lesser songs or at least some connection to the album title. “Watching Movies” was the only definite song that referred to the album title. Maybe Mac Miller’s life is the movie without sound and this album is the soundtrack in his head.