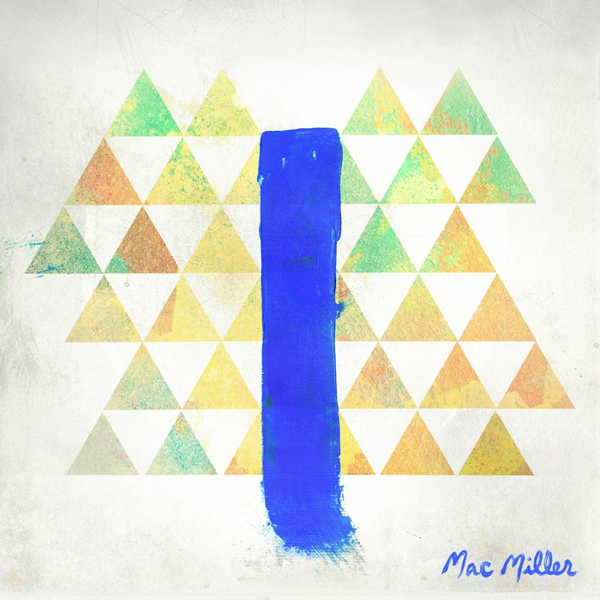 Mac Miller has been building a major buzz over the last couple of years. I personally had never heard of him until the dropped the K.I.D.S. mixtape. Just because King Jerm is late to hear an artist doesn’t mean that he isn’t popping. Hailing out of Pittsburgh, PA, where he lived a regular life, a two parent home, played sports like most of us, but then chose music when he turned 15 and decided that is what he wanted to do in life. Signed to independent label Rostrum Records where he became good friends with fellow Pittsburgh native Wiz Khalifa. Don’t get it twisted; Mac is a man on his own two feet. Thru all the mixtapes, sold out shows, and an impressive 100K PRE SOLD copies of his debut Blue Slide Park (Which he named after the park he used to get high at) the stage is set for Mac to be a threat in the game. Let’s see how the music sounds.

1. English Lane
Produced by Ritz Reynolds
This is the intro on which it sounds like something that your boy Drake would come out to. By that I mean that it sounds really fluffy, like floating in the clouds fluffy. I understand that this is just the intro…but you have to come a little hungrier than this.

2. Blue Slide Park
Produced by I.D. Labs
The title track shows that hunger that I wanted to see from Mac on his debut. Call me crazy but he is flowing like them “Golden Age” cats on this one, minus the boringness that those rappers fall victim to. The production on this one really accents Mac’s vocals on this one.

3. Party On Fifth Ave
Produced by I.D. Labs
Mac samples one of the greatest party songs of all time on this one “900 Number” by 45 King. Some of you youngins might not have seen this song in action at a party, but when it came on…oh boy! Mac represented on the song, it is a fun record that should get the party jumping once it comes on.

4. PA Nights
Produced by Mansion On The Moon
This track reminds me of Wiz for some reason. It must be that singing/rapping flow that Mac breaks out on this song. I prefer when he sticks to straight rapping. I’m sure that this song will reach a certain audience…just not me.

5. Frick Park Market
Produced by I.D. Labs
Mac is back to spitting on this one and this one is by far my favorite off the project (thus far). The production is tight and he sounds like Wiz (again) but that’s not a bad thing at all. Mac, you restored my faith in this project.

6. Smile Back
Produced by I.D. Labs
I said that the last one was my favorite song…can I take that back? This one right here is that FLAME! The production provided by I.D. Labs is really bringing the best out of Mac’s lyrics. It’s easy to win King Jerm over if you have some good beats…and Mac is doing that so far on this album.

7. Under The Weather
Produced by I.D. Labs
This is one of those songs for that “other audience” that they will probably like. I can see the frat boys getting down to this. I’m starting to notice a trend that Mac likes making fun songs for the people to have a good time with. 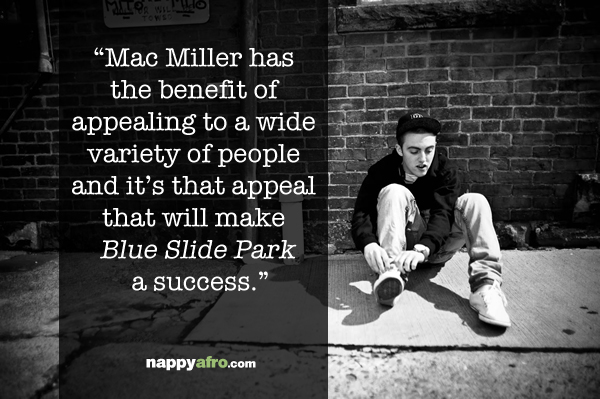 8. Of The Soul
Produced by I.D. Labs
I like the production on this one, makes you want to light up the green and sit back and mellow out to this. Mac’s mellow rhymes really vibe to this track. This is definitely one of the highlights on the album.

9. My Team
Produced by Clams Casino
Mac speeds up the tempo on this track and shows love to his squad on this one. Nothing makes you feel better than to hear your name immortalized in a song. I can’t even be mad at him for this one…this is crew love.

10. Up All Night
Produced by I.D. Labs
This one is most def for that “other audience” that Mac has. I can’t even vibe to this one at all. Not that it’s a bad song; it’s just not for me. I expected to hear Blink 182 or Green Day on this track.

11. Loitering
Produced by I.D. Labs & Young L
Forget what I said earlier…because this one here is my favorite song. The production goes EXTRA HARD on this one. “Hash Tag Mac” dropped a gem on their ass with this one. I imagine walking thru the club eyes looking Chinese while this one is blasting through the speakers. BANG THIS ONE…LOUD!

12. Hole In My Pocket
Produced by Ritz Reynolds
Interlude

13. Diamonds & Gold
Produced by I.D. Labs & D-True
When Mac gets good beats…he bodies them effortlessly. This is the classic tale of the “good girl/bad girl”. Mac gives some good visuals on this song that I really can get down with.

14. Missed Calls
Produced by Ritz Reynolds
Mac is back to the singing/rapping thing on this one. I’m really trying to like this flow on this song, but I just really don’t like it. I wish he would stick to straight rapping. This song sounds like an Apple commercial to me for some reason.

15. Man In The Hat
Produced by I.D. Labs & Ritz Reynolds
Mac goes in on a house music sounding beat on this song. This one is sure to have the audience dancing when they hear this one. This is one for the crowd to get involved in when he does this at one of his sold out shows. He’s doing the singing/rapping thing on this one, but I’ll give it a pass because the production is alright on this one.

16. One Last Thing
Produced by Clams Casino
The last song on the album and the production on this one isn’t what I would want to end the album on. I really think he should have ended with the previous track because that had more of an ending feel to it. This song just seems out of place to me.

Bottom Line:
Mac Miller dropped an impressive debut album. He has the benefit of appealing to a wide variety of people and  it’s that appeal that will make this album a success. People are quick to compare him to Eminem, but they shouldn’t do that at all. Mac is standing out in his own lane making music for his fans. Not bad at all for someone doing all this while remaining independent. Besides the few tracks on the album that I felt like could have been better, I think this is an above average album. He proved to the people that he is worthy for all the buzz he has been receiving over the past year and a half. If Mac continues on this path look for him to be a force to be reckoned with in the years to come.