Concert Review: Under The Influence of Music Tour 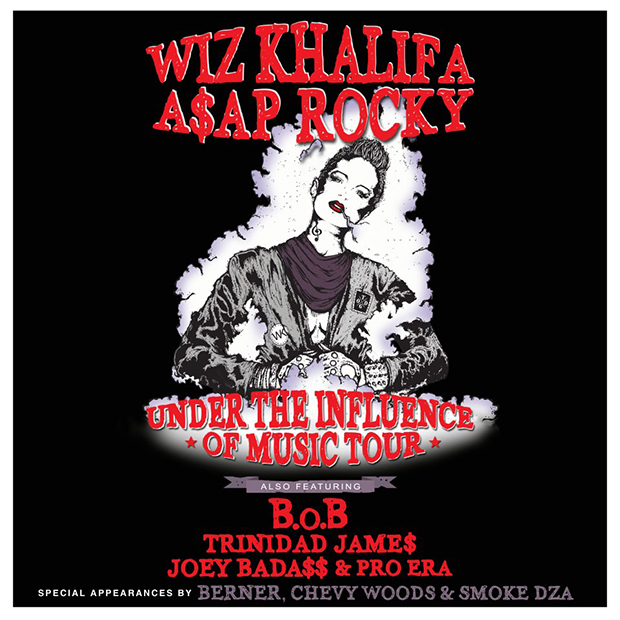 On a warm, summer Sunday in Dallas, Texas, it seemed like there was nothing more fun than sitting outside listening to Rap tunes. The Gexa Energy Pavilion was packed with young kids and mid-thirty year olds chilling on the lawn waiting to light one up for their favorite performers. The difference in age and race of the crowd was barred from existence as everyone shared one objection: to have a good time. The Under The Influence of Music Tour is headlined by Pittsburgh’s Wiz Khalifa and Harlem’s A$AP Rocky. Two distinctly different Rap artists if you asked their fans, but there were more on the bill to add to the diversity. Georgia’s own B.o.B and Trinidad James were scheduled to also hit the stage that night, but not before the youngest of the performers started the show.