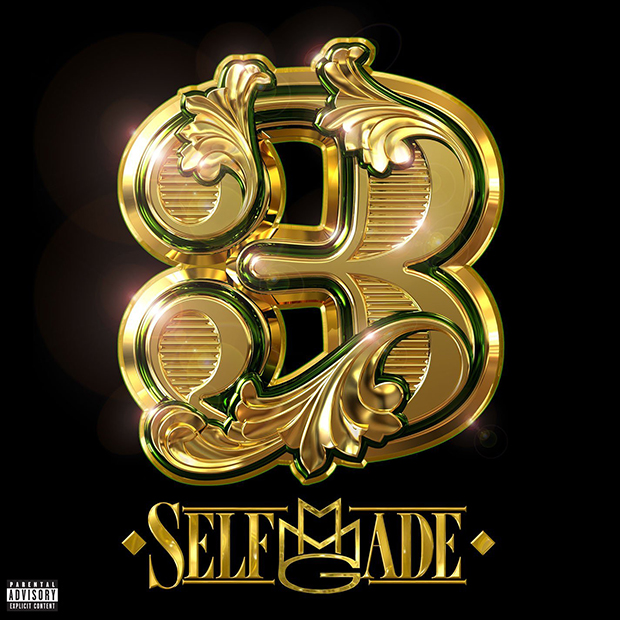 You gotta hand to Maybach Music Group. There may be more successful Hip-Hop crews out there right now making noise, but MMG is probably the most consistent. They have drop three retail compilation albums in as many years with the latest being Self Made Vol. 3. Let’s see what Rick Ross’ team has in store for us on the third go around.

1. Lil’ Snupe Intro
Lil’ Snupe; Produced by Lil’ Lee
The compilation starts off with a song from recently deceased rapper Lil’ Snupe. Snupe was signed to Meek Mill’s Dreamchasers label and was tragically shot and killed this past June at the age of 18. I’m not sure if this was an unfinished song or a verse repurposed for this intro but either way, it was cool move from MMG. I’m not too familiar with Lil’ Snupe’s music, but he sounds a little like Lil’ Boosie, who he shouts out in the verse, and here he raps about making his dreams come true. R.I.P. Lil’ Snupe.

2. Gallardo
Gunplay featuring Rick Ross & Yo Gotti; Produced by Aone Beats
On a more festive note: “Niggas buying pussy! Niggas buying pussy!”. A song about paying for sex and women only fucking with dudes that drive Lamborghinis? This seems taylor made for rappers like Rick Ross, Yo Gotti, & Gunplay. The beat sounds like 100 others you’ve heard before but it won’t matter when it comes on in the strip club. “Doors going up, hoes going ham”.

3. The Plug
Meek Mill featuring Omelly & Young Breed; Produced by D. Rich
Here we get Meek with one of his Dreamchasers signees and a forgotten member of Triple C’s. It feels like they watched Cocaine Cowboys and then made this song too (They even shout out Griselda Blanco at the end). It’s has a little story going on about getting bricks from papi or something but nothing to make it stand out. Next.

4. Levels
Meek Mill; Produced by Cardo
Hopefully by now you’ve heard this song; it should be on your list for “Songs of the Summer”. I’m still surprised that Meek didn’t try to put out an album around this song (The same thing happened with Self Made Vol. 1 and “Ima Boss”). Either way, this song is still hard.

5. Lay It Down
Rick Ross featuring Young Breed & Lil’ Boosie; Produced by Schife, OhZee, & Brian Nunez
Who knows how many unreleased verses Lil’ Boosie has laying around? I think Boosie has been in jail for at least three years but I still see him featured on songs. All that being said, the only thing I like about this song is Ross’ verse and his continuing threats to kill George Zimmerman:

Lay it down indeed.

6. Stack On My Belt
Rick Ross featuring Wale, Whole Slab, & Birdman; Produced by Beat Billionaire
The beats and flow here feels like “Tats On My Arm” expect the subject is spending $1000 on a belt. That’s basically it other than there’s actually a rapper named Whole Slab and the obligatory verse from Birdman.

7. Black Grammys
Wale featuring Rockie Fresh, Meek Mill, & J. Cole; Produced by Tone P
When the tracklist for Self Made Vol. 3 got released, “Black Grammys” was a track that got people’s attention. Thankfully, it delivers and it is a highlight on the compilation. It’s basically four rappers turning in good verses over a sample driven soul instrumental. And yes, that is the same Rick Ross intro that was on “Power Circle”.

8. Coupes/Roses
Stalley; Produced by Kebu & Childish Major
Not counting bonus tracks, this is the only time Stalley makes an appearance on the album (And it’s a solo song). With the smooth production, it’s definitely a Stalley song and it could fit on Honest Cowboy with no problem. Actually, it sticks out on this album for that reason because it doesn’t exactly fit here.

9. Know You Better
Omarion featuring Fabolous & Pusha T; Produced by Rock City & The CoCaptains
We’re now in the the R&B portion of the compilation which means songs from Omarian (By the way, where the hell is Teedra Moses?). With Fabolous & Pusha T verses as bookends (Pause), Maybach O delivers a serviceable R&B song. It actually has a good track record on these MMG compilations.

10. Say Don’t Go
Omarion; Produced by John “$K” McGee
Yup. Back to back songs by Omarion. I don’t know about this sequencing but then again where are you gonna put the R&B songs on a mainly Hip-Hop compilation? “Say Don’t Go” feels like it would also be in be in the middle of an Omarion album. Generic R&B. Nothing really to see here.

11. What Ya Used To
Rockie Fresh featuring Hit-Boy; Produced by Hit-Boy
This is basically Rockie Fresh’s song but his get a beat and a verse from Hit-Boy. Thing is, if you really listen to the beat, it seems like they took some elements from “All About The Benjamins” and added stuff to it. This is okay but Hit-Boy didn’t give Rockie the same shit he game The Throne or A$AP Rocky.

12. The Great Americans
Rick Ross featuring Gunplay, Rockie Fresh, & Fabolous; Produced by Jake One & Swish
Jake One might be one of the most underrated producers in Hip-Hop, so I’m happy to see his name pop up in the production credits here. The song delivers and is almost along the same lines of “Black Grammys” in terms of subject matter (Wanting to be great) and sound (Soulful). Good performances all around but Fabolous steals the show with his verse:

Uh, my car be parked out front of Darby (yeah)
My chick Barbie, your bitch Gar-B
A-G-E, I just A-T-E
Sippin’ A-C-E over at A-B-E (nice)
And offers; I’m not a back and further
I don’t make friends, baby I make offers
Like you can get with this (or), or you can get with that (huh)
I think you get with this (huh), cause this is where it’s at (haha)
Hate when broke niggas try to play mediator (word)
Keep your two cents to yourself, you might need it later (word)
Silence is golden, then duck tape is silver (yeah)
Professional shooters Leon and Mathilda
Yeah, my woman vary just give me a young Tahiry (feel me?)
Who do whatever I ask of her, dead Siri (feel me?)
My theory keep winning as the days change
Yesterday’s home-runs won’t win today’s games, nigga
Win today’s games, nigga, uh

13. Kilo
Meek Mill featuring Louie V Gutta, French Montana, & Yo Gotti; Produced by DJ Spinz
The hook on “Kilo” feel like it should’ve been on a Migos’ song. It also does the same thing as the earlier track “The Plug”; another song about selling drugs that doesn’t do much to stand out. Also, did Yo Gotti join MMG and didn’t tell anyone? Whatever. Pass.

14. Poor Decisions
Wale featuring Rick Ross & Lupe Fiasco; Produced by Jake One & Swish
“Poor Decisions” was one of the first song that were released and it gave me hope about Self Made Vol. 3. Besides having good production (Jake One & Swish strike again), seeing Rick Ross & Lupe Fiasco on the same track is pretty cool. A track like this is needed to balance out stuff like “Kilo” & “Gallardo”.

15. Bout That Life
Meek Mill featuring French Montana, K Kutta, Torch, & Iceberg; Produced by The MeKanics
Here’s a weird thing: When I first heard this track, it featured verses from Rick Ross & Diddy. They are now replaced by K Kutta, Torch, & Iceberg. I don’t know the reason but this version is the inferior one. It still uses that great Ric Flair promo in the beginning. That’s something.

16. God Is Great
Rockie Fresh; Produced by Boi-1da & The Maven Boys
Rockie slow flows about reaching goals and being thankful over creeping production. When this song originally dropped, it was kinda swept under the rug because it was released with “Poor Decisions“, but I still fucks with it. It seems kinda off to not end the album with a posse cut or something like that but this isn’t a bad ending either. I guess you end with the possible future of the crew.

Bottom Line:
If you look at the past volume of Maybach’s Self Made, you’ll notice that there is only one solo song out of the previous two. Volume 3 has two solo songs. And that’s maybe one of the main issues with Self Made Vol. 3; it feel like Rick Ross went to each member and asked if they got a song they wouldn’t mind not putting on their album. There’s no big posse cut that features all the members and it doesn’t feel like they were actually together when any of these song were made.

But it’s not all bad. Even though the formulas for these Self Made compilations are growing old, there are some great tracks here as well as some notable guests. It may not bring nothing new to the table, but if you are a fan of Rick Ross and/or MMG, you probably should give this one a spin.