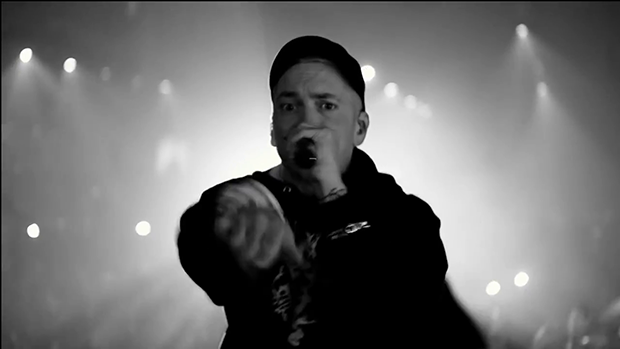 Over the weekend YouTube live broadcasted its first ever music awards show. I did manage to catch some of it during the day here in Australia but figured I’d wait for the highlights to be posted later.

One thing that got to me was the censorship of the performances. Earl Sweatshirt and Tyler, The Creator’s performance of “Sasquatch” was pretty much unlistenable due to every second word or so getting blanked out. Looked like a fun show to be at that.

All in all though I feel like YouTube was doing a good job with the programming by pushing the boundaries on what us as viewers normally see with music award shows.

Of course though one of the biggest draw cards for the night was Eminem’s performance of “Rap God” where not one step is missed, which is kind of impressive. I wonder how Bone Thugs feel about Slim’s new flow?

But back to it. So both “Berzerk” and “Survival” didn’t sell me on the idea of the new album, The Marshall Mathers LP 2 but for some reason “Rap God” did. Maybe it was the choice of a tripped out electronic beat or the fact that Em says about 1000 words in only a few bars. Maybe it’s just my inner 15 year old trying to escape, I don’t know.

Anyway for all of you out there in Fro’Nation here’s the live performance (Censorship and screaming white girls come for free).

Was there a better performance that outshined Em’s or was it the biggest one of the night? Let me know in the comments.