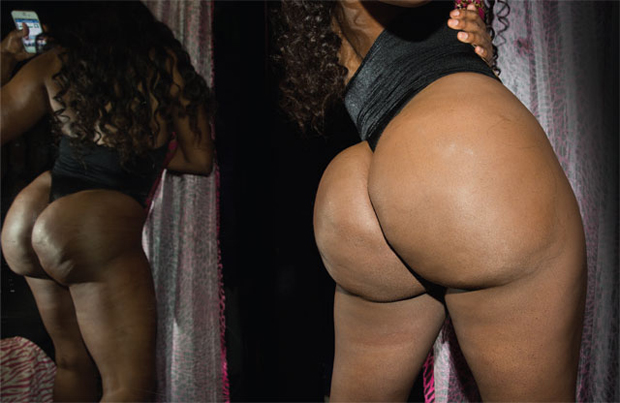 Talk about timing. Recently Nya Lee, Love & Hip Hop star/stripper/rapper/former Certified Banger (Some would say Nas look-a-like but not me), was naked pre and post plastic surgery in a series of YouTube videos. This isn’t the first time she has admitted to getting her ass done (The first time she admitted it was on DJ Vlad’s channel it was supposedly illegal). That video sparked Me & King Jerm to have a long conversation about that and the length some women would go to get a big ass. The basic sum of that convo was that ass shots these days are like boob jobs in the 80’s/90’s. This shit is getting ridiculous.

That was yesterday and now today we get a Vice documentary about butt shots titled Buttloads of Pain. I’ve actually be waiting on Vice to do a video about illegal butt shots because they already did one on men having sex with donkeys in Columbia, paying a Japanese woman to shit in a tub (She then eats the shit), and of course General Butt Naked. What else it next? Booty shots!

The saddest thing here is that I’m a work and I can’t watch this shit. I’ll get around to it though.