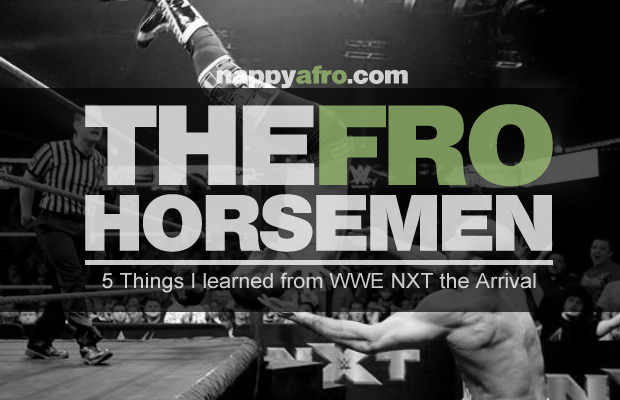 With the WWE Network launch, a lot of us are readily able to see the NXT stars with the Thursday night broadcast of NXT Arrival. I’d seen bits and pieces but since the show went underground so to speak, I hadn’t seen a full show and was going on dirt sheets and YouTube vids to know who some of the less known people were there. Instead of giving you a match by match breakdown or anything like that (Which would be great for the FRO Horsemen show) I’m going to let you know the top 5 Things I Learned From The NXT Arrival show.