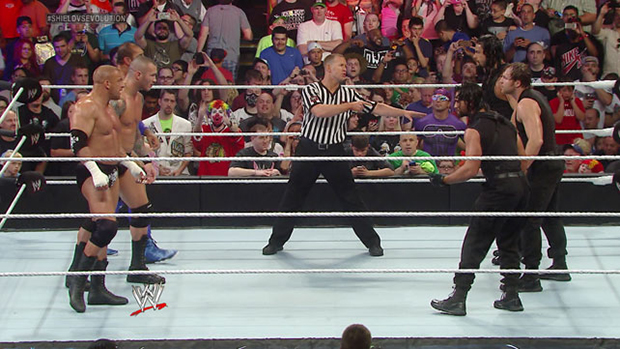 I think it’s safe to say that most people had low expectations for WWE’s Payback. Well, the good thing about having low expectations is that it’s not that hard to exceed them. On paper Sunday’s pay-per-view didn’t look like it would be much, but in the end it produced some good matches.

Yeah, John Cena ended up beating Bray Wyatt in their last man standing match (Something none of The FRO Horsemen wanted to happen), but with the Usos and the rest of The Wyatt Family interfering, the match basically turned into a 3 on 3 TLC match without the ladders. Not to mention that Cena threw steel stairs out of the ring and into Bray’s face like it was a dodgeball.

Even though Daniel Bryan isn’t physically able to compete, he didn’t surrender the WWE World Heavyweight Title to Stephanie McMahon. I honestly would have preferred the opposite but I’ll take it since Brie Bella smack the piss out of Stephanie (Maybe even literally). If you count this title, that makes four championship that didn’t change hand on this pay-per-view (Bad News Barret also retained his title, so did Sheamus, so did Paige).

The main event of The Shield vs. Evolution was brutal as I thought it would be and I guess it had to since they had to top the match at last month’s Extreme Rules. Don’t let the title of this post fool you though, The Shield beat Evolution without a member getting eliminated, but a large portion of the match was Evolution dominating. It ended up being an awesome match but now I wonder what’s next for The Shield & Evolution.