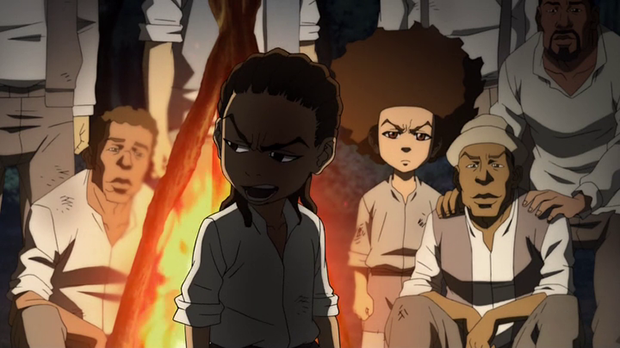 This week’s episode of The Boondocks was about the Freemans being trapped in a slavery theme park called Freedomland.