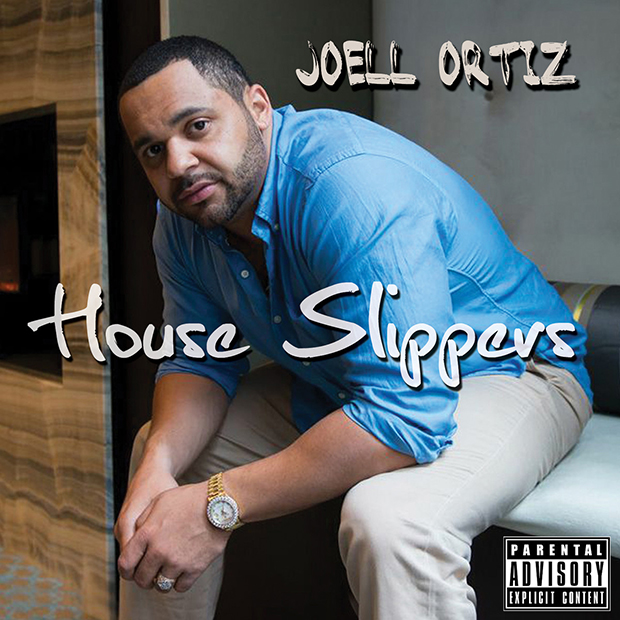 You’ll be hard pressed to find a rapper who’s been through more industry highs and lows than Brooklyn MC Joell Ortiz. Maybe his fellow Slaughterhouse member Crooked I could relate to Ortiz’s story but for now let’s focus on the East Coast side of things. Back in 2006 the lyrical heavy hitter was discovered by Dr. Dre and signed to Aftermath shortly afterwards. But back then signing to Dre’s label didn’t necessarily mean your project would see the light of day and sadly this was true for Joell. Becoming yet another dropped Aftermath artist Joell returned to the independent grind. But when he hit the ground, he hit it running. Releasing a slew of mixtapes, including the untouchable Covers the Classics, and then forming the supergroup Slaughterhouse with fellow potential stars turned underground heroes Royce da 5’9″, Crooked I, and Joe Budden, Joell didn’t let silly things like music industry dramas get in the way of making classic rap music. Then the signing of Slaughterhouse to Eminem’s Shady Records in 2009 brought the Brooklyn MC back into the limelight. Joell is back with House Slippers and it’s hilariously tongue in cheek cover. Has signing to the majors changed Joell Ortiz for better or worse? Or is it like things never changed?

1. House Slippers
Produced by Illmind
Perfect, slow, and melodic beat provided Illmind begins the album. The song’s theme sets the whole tone of the LP. Joell is here to spit raw lyrics while feeling the comfort of having a roof over his head. This is more than backpack rap, this is a new mature sound for fans of lyrics.

2. Cold World
Featuring Lee Carr; Produced by The Heatmakerz
Though that comfort hasn’t sunk in just yet for Ortiz and this song is proof of it. From the beautifully painful chorus sung by Lee Carr to the bars about coming from the lowest level and struggling to get out of it, this song shows that Joell remembers what it’s like to be hungry. Just when you thought he was ready to give up those gulley raps Joell returns to the gutter to provide some dirt-riddled verses.

3. Dream On
Produced by Illmind
There seems to be a pattern emerging here. A track of hope, a track of despair, back to a track of self-optimism. Everything from the beat, to the lyrics to the Premo styled scratch chorus screams NYC. For those who are fans of a rapper’s flow, pay attention the way Joell weaves through this jazzy beat. Not to mention the dopeness that is the lyrics:

4. Music Saved My Life
Featuring B.o.B & Mally Stakz; Produced by The Heatmakerz
Now just to address the elephant in the room, yes this sounds a lot like Lupe’s song from 2007 song with a very similar theme and title. But there isn’t any biting going on here. While Lupe told a story of struggling through the ranks of the rap game through third person, Ortiz and B.o.B tell their side of the story. Uplifting beat, feel good vibe and childhood stories all make for a good listen.

5. Brothers Keeper
Featuring Royce da 5’9″, Joe Budden, & Crooked I; Produced by The Heatmakerz
Of course the Slaughterhouse boys had to stop by for an appearance. It would be blasphemy if they didn’t. On paper it sounds like an obligatory feature but once you hear the sinister beat you know this was made with all 4 members in mind. Each one does their thing well, including Joell who must have been brought back to a dark place when recording this song. No names are mentioned but it’s clear that the man is talking about the old beef between Wu-Tang and Joe Budden. It’s strange that it comes up 5 years later but views must be vented. The only weak link in this particular chain is unfortunately Crooked I’s awkward flow. The Long Beach MC has the all the right lyrics but his delivery is no good here.

6. Q & A
Produced by Frequency & Operator Emz
In the same vein as Eazy E’s classic “No More ?’s”, Ortiz takes the time out to clear up any misconceptions. Two hard beats in a row shows that Mr. Yaow is not playing around. No prisoners are taken and certainly no punches are pulled with menacing bars like: “Your dumb version of Hip-Hop has got us uncertain/your daughter dress like a nigga, your son’s twerkin'”. It’s not all bullying words though. Believe it or not issues like his weight loss come up and the song still goes hard as hell. 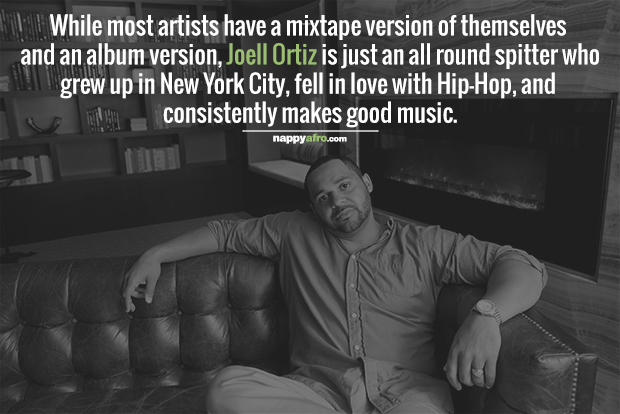 7. Get Down
Produced by The Heatmakerz
Now for something completely different. We’re brought right out of the dark gutter into the sunshine. It should be noted that the sunshine is the kind that beams down onto a baking hot New York street corner. This track, which is brilliantly produced by The Heatmakerz, gives Joell the perfect platform to switch the album to a more uplifting path while still rapping about extremely grimy things. Possibly the strongest joint thus far.

8. Say Yes
Featuring Sahlance; Produced by The Heatmakerz
Sticking with the grown man theme of the album Joell takes us to church. This track is a heartfelt redemption song that’s dripping in guilt and frustration. “Say Yes” is an open letter of apology to Joell’s god as well as his wife. Needless to say this is a powerful track with so much truth told that it’s impossible to question this MC’s mistakes. To focus on the music, the Heatmakerz have provided the album with so many bangers so far and this is no exception.

9. Better Than
Featuring Maino & Kaydence; Produced by Prafit & IllMind
Right up until this point the album was going strong. That’s not to say this song is terrible by any means, it’s just a lull in the listening experience. It could be filed under the mandatory ‘We-Made-It-Song’ category. Then again what’s the struggle worth is there’s no pay off in the end? Maino makes an appearance to support his fellow Brooklynite and does a decent job with his raspy delivery. The overall sound of this track isn’t breaking any new ground though.

10. Phone
Produced by The Heatmakerz
Joell shows that there’s more struggles in life than ones in the rap and crack game. “Phone” tells a story about the strains of being in a relationship. This song shows that Joell is a down to earth rapper that can spin a tale that most people can relate to. That’s until the end of the track when things turn a little Stan like. Hopefully nobody can connect with the last half of this story.

11. Candy
Featuring Mally Stakz; Produced by The Heatmakerz
Just as things were getting super dark we’re brought back to the happy Joell Ortiz. At first listen to this pop oriented track, fans will probably start calling foul on its sugary appeal. But after a quick read between the lines it’s obvious that a girl named Candy isn’t being spoken about here. Double entendres and metaphors, all create a cloud of illusion about what is really being spoken about here. The only problem is that hardcore fans of Ortiz who can think back far enough to the mixtape Covers the Classics will realise that he’s used the concept before. Either way the idea has been given a fresh execution this go around. You’ll like it as long as you don’t spilt hairs.

12. Crack Spot
Produced by Gnyus
Keeping with the drug theme Joell takes us a little further into his world. No reading between the lines is necessary for this one as we’re taken for this confronting ride into Joell’s kitchen. Gnyus’ beat sounds perfect for a Slaughterhouse cut but Joell is more than capable of taking care of things solo. The beat isn’t the only thing to go hard though. While we’re at the finish line of the album Joell doesn’t slow down one bit. He leaves us with a banger that proves that signing to major label doesn’t mean you have to go soft.

Bottom Line:
Joell Ortiz has created a well-rounded album that doesn’t compromise any of his artistic integrity but what else would you expect from this New York spitter? House Slippers is a multipurpose built album. It tells a story of struggle, hope, triumph, tragedy, and more importantly plays as a warning to all wack MCs to step their game up.

Though only a handful of producers take care of the 12 tracks, House Slippers provides a sound that never gets tedious and remains fresh as a Krispy Kreme. The slim track list also leaves little room for error. There are some mishaps with one track (“Better Than”) and some of the features but overall this project proves that there is still hope for fans of lyrics.

It also shows that even though the industry has put Joell Ortiz through the ringer, the man has stayed in the game and perfected his style. While most artists have a mixtape version of themselves (Lil’ Wayne) and an album version, Joell is just an all round spitter who grew up in New York City, fell in love with Hip-Hop and consistently makes good music. House Slippers is bound to keep loyal fans happy. It’s just the others who will have to be lucky enough to discover this gem.