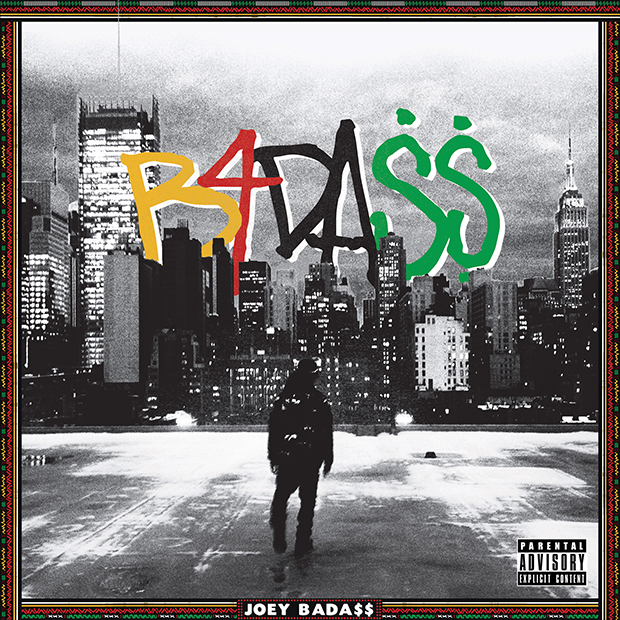 Hello everyone, music heads, nappy brothers and sisters. I’m known as Nyck Niytro, a music nerd and kinda a Hip-Hop head also (I like to rap too). But, we’ll talk about that later. I’ve recently joined the nappyfro crew and this will be my first ever online album review. I’m hope you all enjoy this review and others in the future.

Now that I’ve introduced myself on to business. Today we’ll be reviewing Joey Bada$$’s BA.DA.$$. I’m sure most of you know Joey Bada$$; front man of the Pro Era, a New York Hip-Hip outfit and a group out of the Beast Coast Hip0Hop movement in New York. The Pro Era is heavily influenced by the “Golden Era” of Hip-Hop many proclaim took place in the late 80’s to the end of the 90’s. Joey and Pro Era’s influence comes in the form of production which uses boom bap style drums, snares, and somewhat mimicking the style of 90’s rap flows (Like MF Doom most notably(. Joey caught our attention in 2012 with the release of what I thought was one of the best mixtapes of that year, 1999. Then he followed up in 2013 with Summer Knights. Both these projects were refreshing and new but at the same time captured the feel, sound, and style they aimed for. It is no secret I’m a fan of Joey Bada$$ but his biggest problem in my opinion is that he sometimes falls too heavy into his influences that he’s in love with. Let’s dive right into this track-by-track review of BA.DA.$$.

1. Save The Children
Produced by Statik Selektah
This track starts the album with production by Statik Selektah. It’s a very smooth jazzy instrumental with an excellent use of horns throughout. Joey reuses a few lines from his 2013 XXL Freshmen Class freestyle but its packed with new bars that showcase this flow and clever wordplay. A good start to the album.

2. Greenbax (Introlude)
Produced by Lee Bannon
This track serves as an intro to the following track. There isn’t a verse from Joey on this, just smooth boom bap production.

3. Paper Trail$
Produced by DJ Premier
My own issues with this track is I was expecting more from DJ Premier on this; the beat is forgettable and it lacks a strong chorus. Its nice hearing Joey using the classic Wu Tang Clan “C.R.E.A.M” hook as a part of the chorus but it doesn’t save the track. Not a bad track but not anything special.

4. Piece Of Mind
Produced by Freddie Joachim
I am instantly reminded of Joey’s early standout track “Waves”. This is honestly my favorite track on the entire album. It features an introspective theme from Joey telling the story of his life and his interactions with locals from his area but dealing with them before and after fame. The flow is classic Joey and production is jazzy with classic drums. It’s incredibly catchy.

5. Big Dusty
Produced by Kirk Knight
This is the big one, the first single from this album and it is still as amazing as the day it dropped. Nothing but hard-hitting lines from Joey like

My flow in-depth n**ga, I got my wave up
It’s either get your tidal waved, or you could be my neighbor.

The track features a chill laid back jazz vibe with instrumental done by a Pro Era member Kirk Knight. This is another amazing track, one of the many that made me anticipate this album.

6. Hazeus View
Produced by Kirk Knight
Going to be honest, this is a weak track. The chorus is simple but it’s not a very good one. Joey isn’t doing anything exciting or that great. I can appreciate his energy in the delivery though. 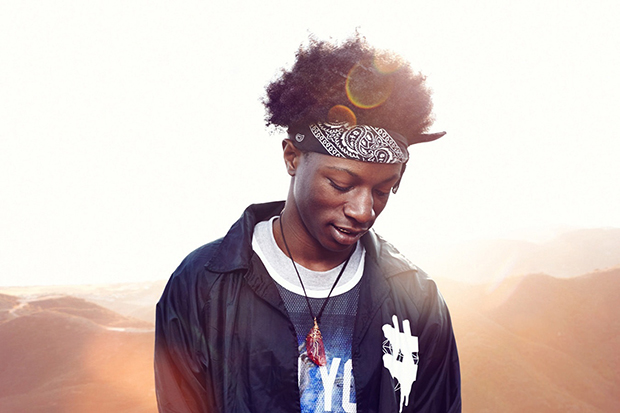 7. Like Me
Featuring BJ The Chicago Kid; Produced by J Dilla & The Roots
This sounds a lot like a track I could hear Black Thought of The Roots on. Thats funny because The Roots actually provided the live instrumentation here. The main production is a reworked and very soulful beat from the late J Dilla. It gets a little repetitive in my opinion. I also think BJ is underused; he’s really just background singing here. But Joey delivers a smooth laid back flow to match the production. Not a great track honestly but still it isn’t bad.

8. Belly Of The Beast
Featuring Chronixx; Produced by Hit-Boy
Joey kind of takes a backseat with a short but sweet verse about escaping his mental and physical holds from living in his old area. But here Chronixx provides the best chorus and a great show stealing guest rap/sung verse about the being a product of the environment and doing what hes made too in order to make it. This is a good track but I’m personally not too big on it.

9. No. 99
Produced by Statik Selektah
This has A Tribe Called Quest written all over this track; it sounds almost exactly like “Scenario”. If you heard “Scenario” and like that beat you’ll like this. The rhymes are hard-hitting and the funny is definitely there but I’m reminded so much of “Scenario” when I hear it I think Busta Rhymes at any moment is gonna pop in and steal the show. This is definitely a highlight of the album.

10. Christ Conscious
Produced by Basquiat
I changed my mind, this is my absolute favorite song on the album. I love it from the drums, the baseline, and broken down horns that make up the beat. It’s heavy and effective while Joey bombards us with line after line of solid bars. Theres even a Dragon Ball Z reference that’s actually kind of funny or corny (Take it how you want). This song gets nothing but replay from me.

11. On & On
Featuring Maverick Sabre & Dyemond Lewis; Produced by Freddie Joachim
Another smoothly produced track that features a standout verse from another Pro Era member Dyemond Lewis. Joey delivers a track about him one day dying or moving on with life. There’s a nice series of line to deceased Pro Era member Capital Steez who passed on almost 3 years ago. It’s another standout of this project.

12. Escape 120
Featuring Raury; Produced by Chuck Strangers
Theres nothing special or great here at all. Very repetitive hook and weak verses. The guest verse from Raury isn’t good at all. Skip it. Just skip it.

13. Black Beetles
Produced by Chuck Strangers
Production is very weird but in a good way. Sounds wavy with a hint of jazz. For the lyrics, Joey is bringing back some of the same old content we’ve heard throughout this album. It’s a nice vibe I wouldn’t skip. I enjoy this track a lot.

14. O.C.B.
Produced by Samiyam & The Soul Rebels
More jazzy production featuring Joey going in to details about being an only child and living with life without a father and what drove him to become an emcee. It’s a nice track; very smooth.

15. Curry Chicken
Produced by Statik Selektah
Here we are the final track on the standard edition version of B4.DA.$$. And I must say its a solid closer to the album. Statik Selektah on the boards with a great (you guessed it) jazzy production. All I ask is for some curry chicken. Simple hook but Joey comes though.

Bottom Line:
My main issues with this album is that Joey sometimes doesn’t have much to say and t0o often mimics the style and sound of the artists and era he draws from. A lot of the themes here can get very repetitive and you’ll feel you’ve heard it before. I like the album and Joey Bada$$, but now I’m wondering how he’s going to push his music further. An era is only an era and it doesn’t last forever. If Joey hopes to stay a known part of this era he needs to find a way to advance his sound and style.