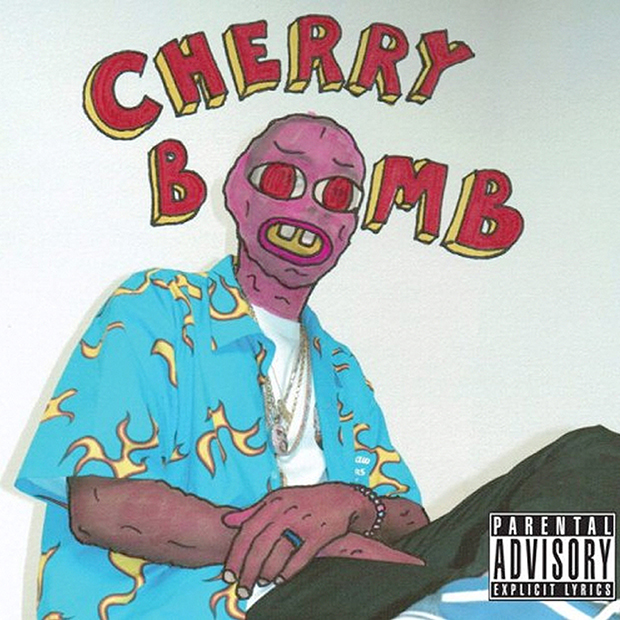 Tyler, The Creator is an enigma. This dude makes no sense half the time yet he is a successful rapper. I never really understood the rabid following that Tyler and the rest of Odd Future cultivated; the music never really sat well with me. Earl Sweatshirt just released an album which I enjoyed, but besides that, the Odd Future posse has been in the shadows for a year or two. With this release, Tyler puts Odd Future back in the spotlight. Besides Loiter Squad, Tyler has been one of the more quiet members when it comes to making music. So now we have Cherry Bomb; Tyler’s first album in two years. Was it worth the wait?

All songs produced by Tyler, The Creator

1. Deathcamp
This song kicks off the album on an “interesting” note. The beat is odd to say the least; it’s a looping guitar riff with little drums in sight. If Tyler has anything going for him on this track, it’s his voice. To me his voice has always been the best part; his flow is unique and his lyrics are usually okay as well. This track is saved by his ability to captivate with his voice but that’s it.

2. Buffalo
First off all the beat is kinda, how would I say this, not good. It has weird qualities and not the good kind; it just annoys me. But Tyler proves he can rap and he saves this song from being nothing but an immediate skip material. But just barely.

3. Pilot
The beat sounds like a cross between Death Grips and a jet engine eating a synthesizer. Basically it sucks. On top of that, this song doesn’t really have rhymes on it. There are a few, but nothing note worthy at all. It has a nice hook I guess but nothing else. I would skip this if you don’t like bad music.

4. Run
This song has a fast paced beat and a hilariously sped up ScHoolboy Q intro. The beat sounds like it came off of some random dudes SoundCloud but Tyler makes it work. This song is enjoyable in the weirdest way possible. Plus sped up ScHoolboy Q is funny as shit. However, the song is over before it even starts running a little over a minute. So even though it was an okay song, it didn’t last long.

5. Find Your Wings
The intro sounds like elevator music, but thats not a bad thing. It is relaxing if nothing else. The song evolves into a really beautiful sounding track overall. It’s jazzy with classical sensibilities and Tyler shows that he can sing (sorta). But there is no rapping on this track. It’s basically a laid back interlude, but a damn good one.

6. Cherry Bomb
Oh God. The beat is… just no. Please make it stop. It sounds like static. Loud annoying static with something that might be drums in the background. Later there is a garage band sounding synth, but then the static comes back, hard. You can’t even fucking hear Tyler on this track; I think this might be my least favorite track. My ears are so close to bleeding.

7. Blow My Load
Okay, so far on this album Tyler hasn’t been rapping really, except on the first two tracks. But this song is about sex and nothing else (look at the title please). He makes it weird though. If J. Cole did this subject justice, Tyler kinda does the opposite. The song isn’t bad though; it has a good beat but the lyrics are meh. 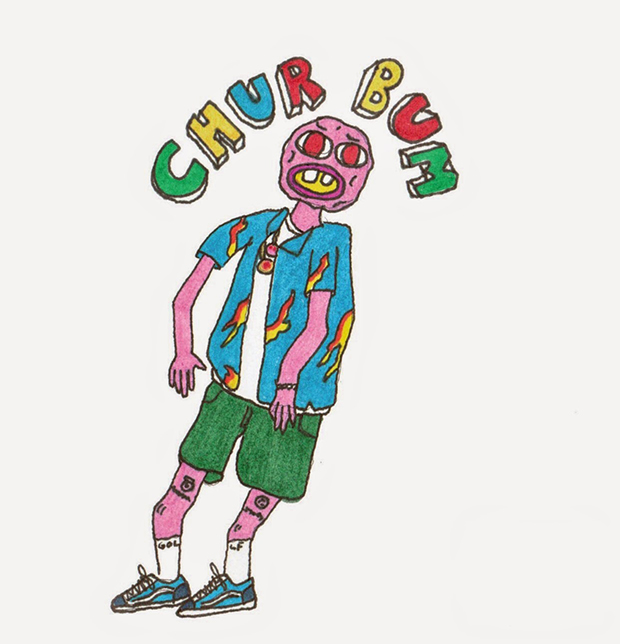 8. 2Seater
This song starts off nice as hell; a nice beat, good rhythm and all that shit. Tyler gives us a few nice lines; nothing crazy, but nothing bad. Like a few of the songs before it, it has nice singing from some unnamed women (Editor’s Note: it’s probably Samantha Nelson) to accompany, something new on this track: strings AND saxophones. Other tracks had saxophones, but no strings; great addition. This song is just solid and one of the best songs on the album.

9. The Brown Stains of Darkeese Latifah Part 6–12 (Remix)
Featuring ScHoolboy Q
First of all, WTF is with that title? Like really, what does that shit even mean? But this song is a banger in every sense. It has a hard beat, and equally hard lyrics. Tyler goes in. But Schoolboy is the real highlight. Tyler tweeted that Schoolboy sounds like a sherm head on this song, and I think that’s a good way to describe it. He also brings this intensity, a good flow, and good lyrics. This song is top three for this album but the title is still weird as shit.

10. Fucking Young/Perfect
Featuring Charlie Wilson, Toro Y Moi, Kali Uchis, & Cole Alexander of Black Lips
This song starts of weird,but authentically I guess. The beat is nice, airy, and soulful. No bars or anything, just nice sounding music. “Perfect” serves as a nice outro to the track, changing the beat up, but not the theme. Good music.

11. Smuckers
Featuring Kanye West & Lil’ Wayne
Ay, a Kanye feature, like really, and Lil’ Wayne. Tyler is flexing some connections on this song. He got two of the biggest in the game on this track and he is smart for doing so. He is really the smallest part of this track though even though he is great on this song. This is a real return to form for Kanye. It sounds like College Dropout, Late Registration, and Graduation Kanye, and those albums are some of my favorite albums of the 2000’s so thats a good thing he sounds even close to them. It is a song Kanye hasn’t had for a while and on his next album I hope he sounds just like this. And Lil’ Wayne ain’t bad on this track either. He sounds good and I have never, I mean NEVER, been a real Lil’ Wayne fan. Easily the best song on the album. Give it a listen. Sidenote: Not having Kanye produce this song was a HUGE wasted opportunity.

12. Keep Da O’s
Featuring Pharrell Williams
This song is kinda annoying. The beat is meh AT best. But like a few of the other songs on this album, it gets good near the end when the beat switches from weird to chill and soulful. That saves this track from being complete shit.

13. Okaga, CA
Tyler’s final song is about some girl and how he wants to bring her with him on his life journey. This is one of those rare times where Tyler mentions women as something more than the usual rap fodder. It’s from the heart and almost sweet. A pretty good song to close the album on; somber yet hopeful and uplifting with a nice grooving beat to boot.

Bottom Line:
This album had a lot of potential, but Tyler wasted a lot of it. By producing all the songs himself, we got to see just how mediocre Tyler is when it comes to making beats. Half the beats are unbearable and the other half go from, bearable to good but not great. This alone with little to no features, amounts to an album so perfectly average that it’s hard to rate it. In the end Tyler made a lackluster album even by his past standards. It wasn’t that bad, but it was nothing noteworthy. I was never really a Tyler fan and I still remain unconvinced.