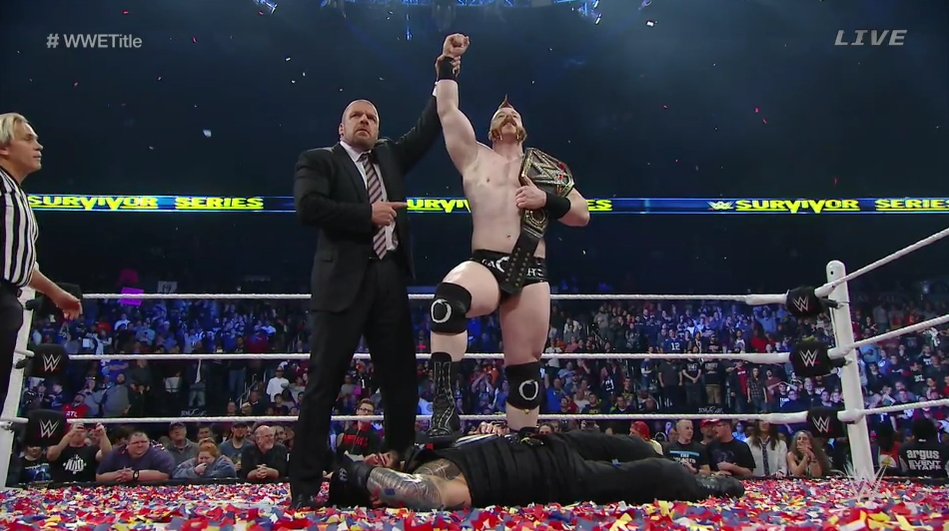 Hold up. Let’s back up a bit. On Sunday night the WWE held it’s annual special event Survivor Series in Atlanta Georgia. And even though the WWE will have you believe that every event is a big deal, this one really was (Let’s just look past the fact that the event was also allegedly threatened by ISIS. Terrorists don’t scare Vincent Kennedy McMahon). At Survivor Series we were guaranteed a new WWE World Heavyweight Champion since the former champ, Seth Rollins, went down with an injury that will keep him out of action for 6 to 9 months. In the last few weeks the WWE held a sixteen man tournament to figure who’ll be the new champion with the semi-finals and finals being held at Survivor Series.

But I guess you already knew all that huh? You probably also knew the finals would end up being Roman Reigns vs Dean Ambrose. It had to end up this way right? And while the general consensus was that one of former Shield members and current BFF’s would turn heel over the biggest prize in the sports enetertainment, that didn’t happen. After months and months of chasing, Roman Reigns beat his Dean Ambrose and finally won the title. And just like at last year’s Wrestlemania, Roman was once again was robbed by a Money in the Bank winner. This time with the role being played by Sheamus.

Now look, I know most wrestling fans feel indifferent towards Roman Reigns and for good reason. He was pushed too fast, his wrestling wasn’t always the best, and sometimes he did stupid promos. But besides Roman actually getting better at those things I just named, let’s look at the face he made after Sheamus delivered two Brogue Kicks and successfully cashed in the Money in the Bank contract: 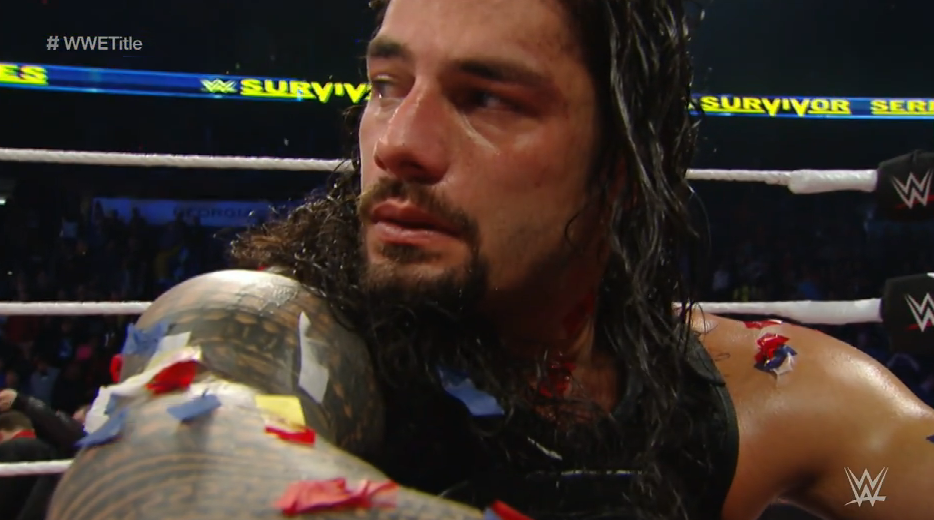 Are those tears? Damn. How can you not feel bad for this guy? Can we all just agree to stop hating Roman now? He’s been through a lot.

GIF of the Night: The face I make when my baby mama tells me her period is late. Again.