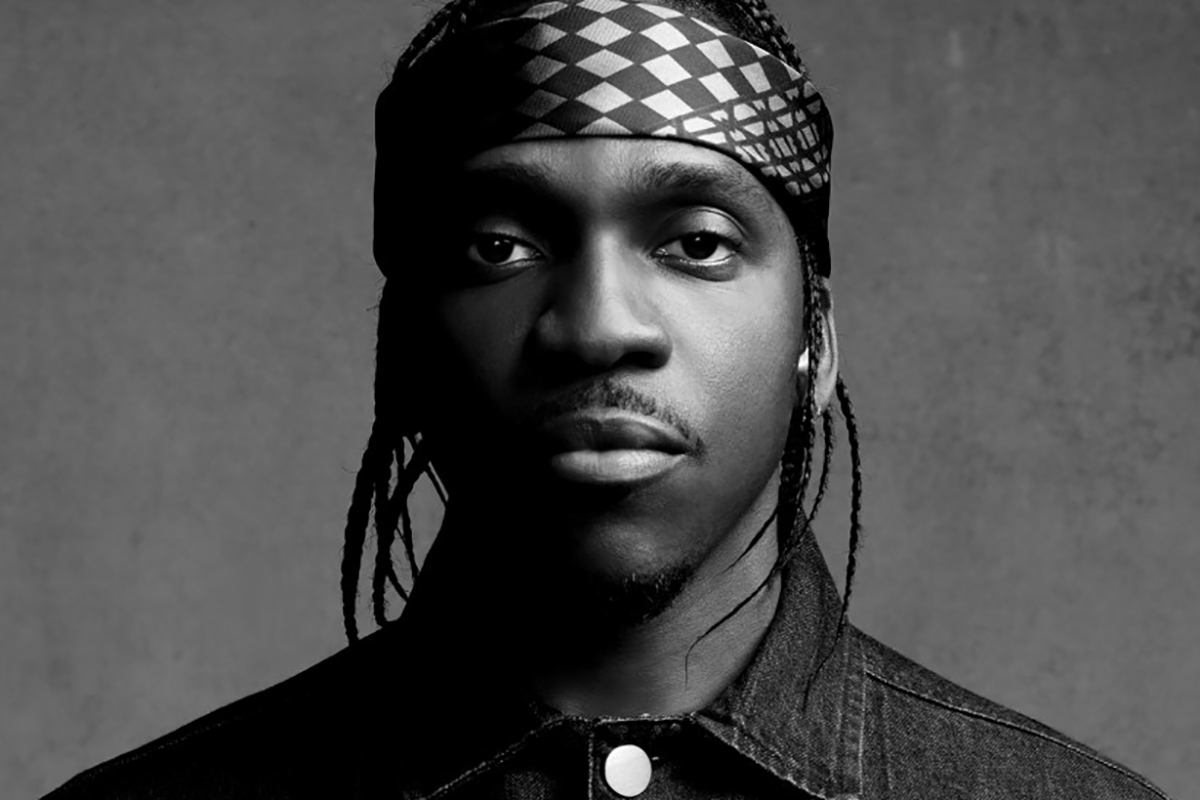 King Push – Darkest Before Dawn: The Prelude is the second studio album by Pusha T. It is a prelude to his third studio album set to release sometime in April 2016. Pusha-T is signed to G.O.O.D. Music; the label he is now the president of. DBDTP follows his first studio album where during promotion Pusha claimed that he had “the album of the year” and he has said to follow that up with this album. His first album was highly favored and was met with universal acclaim, as it earned the #4 spot on Billboard, although their list lately has been pretty faulty (Who makes a Top 10 list without Pac on it?). Can this album live up to the fame and survive the famous sophomore slump?

1. Intro
Produced by Metro Boomin’, Diddy, JGramm, & G Koop
Pusha doesn’t waste any time setting the tone of this album. His hunger is evident, and if you look at his lyrics he talks a lot about bringing back the 90’s feel back to the rap game shouting out Biggie and Reasonable Doubt, while taking shots at many rappers today who bring the 80’s and 90’s swag back but aren’t rapping with the same skill level as the rappers of the time. He couldn’t get any better with the beat selection, Metro has been very popular since the release of What A Time To Be Alive, and the beat really sets the tone for that hunger Pusha is trying to portray in the song.

2. Untouchable
Produced by: Timbaland & Milli Beatz
Shots fired. Pusha is known for taking shots at rappers in the Young Money camp, specifically Drake and Lil’ Wayne while also dissing Birdman and he does it again on this song. The whole point of this song is him sepearting himself from the class of rappers out today. In the beginning he says, “I drops every blue moon, to separate myself from you kings of the YouTube”. He’s not interested in being in today’s discussion of who the current best out are, he wants to be compared with the moguls. The sample of B.I.G. on the hook is another shout out to the legend who, Pusha says, is the best rapper ever. The beat is classic Pusha, it sounds very 90’s like with the simple boom bap but a couple abstract sounds that come together, which I think helps his verses. Pusha does something very similar to Biggie where his bars aren’t cohesive and you can’t see them coming. But the bars sound great so it all goes. In the first verse he says:

The bars sound great but they have no relation at all, it’s something that makes him different.

3. M.F.T.R.
Featuring The Dream; Produced by Boi-1da, Frank Dukes, Hudson Mohawke, & The-Dream
“MFTR” stands for “More Famous Than Rich”. Pusha comments on the current state of the rap game and points out that most rappers are thirstier for the fame and talk about a lot of things they don’t do or don’t actually own. He extends this criticism to his foes over at Young Money, saying “The illusion of money we don’t believe in it, you ask me Tyga looking like a genius” adding to the beef between Tyga and Young Money. The-Dreams voice on the song to me hurts the song because it takes away the intensity in Pusha’s verse. Pusha’s talking about other rappers and The-Dream comes in with his soft voice talking about running in the house waving guns; it doesn’t work. But not to take too much from the song cause it’s dope.

4. Crutches, Crosses, Caskets
Produced by Diddy, Mario Winans, Sean C & LV, Da Honorable C.N.O.T.E., & Yung Dev
I like the beat selection on this song; it’s different and another song where he takes some abstract sounds and connects them with a simple boom bap. Like I said before, he’s trying to have bars that aren’t predictable but I think he goes off of the railing here. It just gets too out there that the song ends and it just doesn’t stick.

5 M.P.A.
Featuring Kanye West, A$AP Rocky, & The-Dream; Produced by Kanye West, Che Pope, & J.Cole
This is my favorite song on the album. It’s the most complete song on the album and Kanye’s voice on here is like the old Ye before the Kardashians. The title stands for “Money, Pussy, Alcohol” and he talks about how much these vices influence people today. The second verse is my favorite since Pusha addresses it towards women and talks about how poorly men treat and portray women sometimes. Pusha shows a different perspective throughout the song and the beat is tough.

6. Got Em Covered
Featuring Ab-Liva; Produced by Timbaland & Milli Beatz
Pusha goes crazy with the selling dope bars. This song is full of them but I think they’re just a distraction. We all know he’s not selling drugs anymore because he’s the president of G.O.O.D. Music. Like a lot of songs on this album, here he criticizes rappers who are not credible.

7. Keep Dealing
Featuring Beanie Sigel; Produced by Sean Combs, Nashiem Myrick, & Donaled Davidson
Pusha gets on this beat and brings back the harshness in selling drugs and his past. The Beanie Sigel feature definitely helps the song and from start to finish it just feels like he’s trying to paint his picture of some dark past events.

8. Retribution
Featuring Kehlani; Produced by Timbaland & Deafh Beats
If I can say anything about this album is that the beats are fire. Timbaland went hard on this track and makes it almost easy for Pusha to make this song tough. Good song.

9. F.I.F.A.
Produced by Q-Tip
I could do without this song honestly. The beat is different and no disrespect to the legend Q-Tip for doing something different, but it doesn’t go with the album. Cohesiveness is important.

10. Sunshine
Featuring Jill Scott; Produced by Bauer, Kanye West, & DJ Mano
Dope. Pusha takes the last song on the album to create a song that is socially conscious and got the perfect person to sing and bring the feeling on the hook. I encourage everyone to go look at the lyrics for this song. Some of my favorite lines are:

I don’t got no march in me, I can’t turn the other cheek
While they testing your patience, they just testing my reach

Pusha T has always been a great lyricist and always come with the bars, but this album helps sets him apart. The beat selection on this album is crazy and deserves a perfect rating for that category alone. The bars are catchy and witty but they also have meaning. The evolution of Pusha T is growing and growing and I think his style is unique and it shows on this album.

All of the drug dealing lines can get annoying at some point but he uses those lines to help describe the hustle of the rap and music industry and how those two industries are alike. I think the lyrics help motivate him while also shedding light on his past and how he spends the same energy that he did selling drugs with making the best music out there.

This is a great album but there are a couple songs that don’t go with the flow of the album. But again, this is the prelude to a longer album with more songs coming in April. I’m giving this album a 3 out of 5 but it’s still a good album.