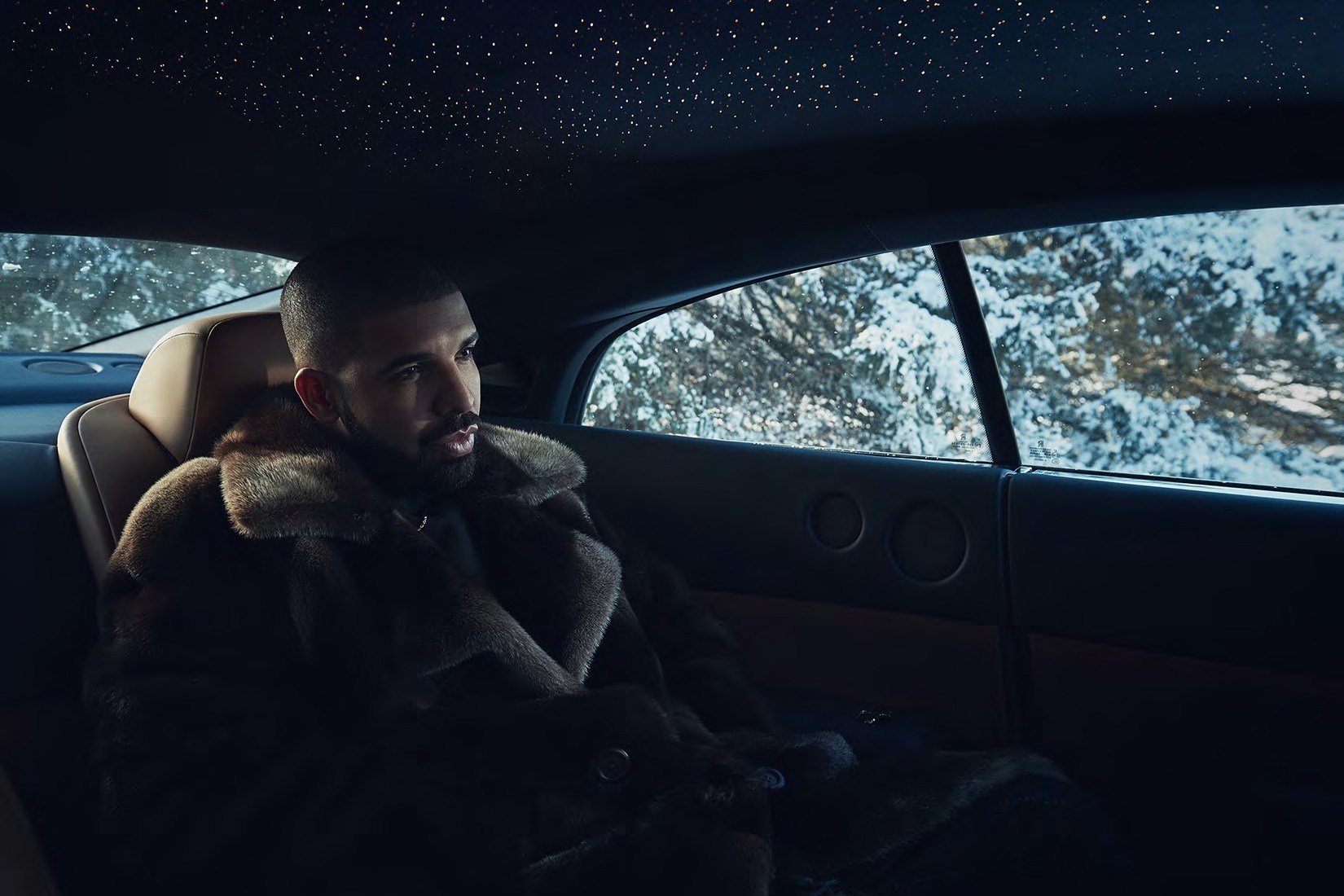 On everything…I gave everyone time, I gave ’em mad time to get their game together, to get their facts right and all of that. I sat back, had my coffee, played Pokemon, built muscle and whatnot. I come back in the review game and it seems like I gave ’em too much time…because now EVERYONE is a reviewer. These are the moments where real ones set themselves apart from these guys who just be tweeting. Let’s get it.

By now you know Drake as one of the biggest if not the biggest rap artist in the world. He’s got a lengthy (and a little inconsistent) body of work. He’s been involved in a lot the past couple of years. He’s given his fans the mixtape/album If You’re Reading This It’s Too Late and dropped a few singles (“Hotline Bling”, “Back To Back”, etc.) and has been featured on some of the bigger records in the game. A high profile and VERY one-sided beef with Meek Mill hasn’t distracted him from making a case for the best in the game. And here we are with the highly anticipated VIEWS album. I’m excited to be honest…we’ve only been waiting a couple of years. Does Drake deliver a much needed benchmark for his career? Or does he disappoint…let’s see.

DISCLAIMER: Don’t be all mad at my opinions…they’re MINE and the rest of the staff may not feel the same or whatever.

1. Keep The Family Close
Produced by Mannish
Drake opens up with a solemn little joint about not being able to have his friends and family closer, and the woes of being a famous rap star. I am absolutely LOVING the live instrumentation. So dramatic, the drums and the guitar…man I love this. This is how you start an album. If this is how the album is gonna be I’m excited. It kind of reminds me of a couple of joints from To Pimp A…nevermind.

2. 9
Produced by 40, Boi-1da, DASECA, & Brian Alexander Morgan
Okay this one is a little underwhelming, this beat here seems lazy, and Drake seems to be struggling with his rich people problems. The rhymes are really lazy. Okay here’s what made me a little irritated. “I turned the 6 upside down it’s a 9 now”…amazing. I DON’T care if it’s the hook my guy. I can’t say I’m feeling this one man. I hope corny lines don’t become a theme…

3. U With Me?
Produced by The Man Formerly Known As Kanye West, 40, DJ Dahi, Ricci Riera, AxlFolie, Vinylz & OZ
As soon as this beat kicks off I hear my mans DMX sampled and I’m hyped…and he uses that moment to say he group DMs his exes. I dig this beat, it’s kinda chill and has a little boom-bap element to it. He takes the opportunity to talk about women and says “you toying with it like Happy Meal”. I feel like I may be doing something wrong by having such high expectations bars wise so at the end of the track I turned them down a little.

4. Feel No Ways
Produced by Ullman, 40 (duh), & Pablo Kardashian
This is a little singing joint and I’m not too mad at it…I’m not even listening to his words bro, I’m just vibing to the instrumentals. 40 and Pablo doing their thing while Drake not saying too much here.

5. Hype
Produced by 40, Boi-1da, Nineteen85, The Beat Bully, & Cubeatz
Okay now this is the flow I’ve been patiently waiting for man. Turn this joint up and do your little fancy dab dances or whatever to this. This is some late night “Nah bro I’m at the gym hitting these weights, join me…no? BET.” rap music. I love the “My enemies wanna be friends with my enemies line”…aimed at Meek and Tory probably referring to the fire “Lord Knows” joint. Or maybe its not that deep. Anyway…next.

6. Weston Road Flows
Produced by 40 & Stwo
I’m a huge fan of the Mary J. vocals in the background. So far the production is carrying this album like a pregnant woman with triplets. I liked the little line “I’m lookin’ at your first week numbers like WHAT’RE THOOOOOOSE?“…I got impressed then he came with “I’m gettin’ green like Earth Day” (ugh). He’s got nerve saying “I’m the most successful rapper under 35…” like Lil Wayne doesn’t exist but he snaps from halfway on…I LIKE this b.

7. Redemption
Produced by 40
I’m good on all of this little emotional singing and what not. Anyone who knows me knows this ain’t my style b, I don’t like that vulnerable emotional mess…I mean it’s not for everyone. BUT it is for some people. And its full of Instagram captions and tweet quotes and all of that. Drake knows how to hit the hearts of his fans and I can appreciate it.

8. With You
Featuring PartyNextKhelani; Produced by Murda Beatz, PartyNextKyrie, & Nineteen85…AND Cardiak
I’m good on this one. I skipped it…some people like PartyNext2MyNeighbors but I’m good.

9. Faithful
Featuring Sweet James Jones & dvsn; Produced by 40, Boi-1da, & Nineteen85
I’m not gonna lie…I’m a little disappointed. The way this joint began I was expecting somethin’ from the mud, somethin’ gudda…but all we got is another joint about the ladies and being faithful…and a waste of Pimp C vocals. Girls gonna love this joint and Drake stans gonna defend this more than they would defend their mother. Although dvsn is nice…this joint is not for me.

10. Still Here
Produced by Daxz & 4 times 10
The track seemed like a yawner then he picked it up with the flow at about 1:55. This has a really lazy hook to it, but I like how the beat changes up towards the end. I’m not that mad at it.

11. Controlla
Produced by Boi-1da, Supa Dups, Di Genius, & Allen Ritter
I’m not too mad at this. This a cool little vibe, you can bump this with your girl. This is joint doesn’t really stand out to me among the rest. There’s not too much to this, we gonna skip here.

12. One Dance
Featuring WizKid & Kyla; Produced by 40, Nineteen85, Wizkid, & Logan Sama
Okay I won’t lie, this joint here grew on me after a while. If it shows up on my shuffle I won’t skip it. If they play this at some sort of party I’ll be there for it. I’m ready for whatever b. The Kyla feature is amazing here and I can’t be mad at the beat. So far this is one of the better joints of the album.

13. Grammys
Featuring Future Luther King Jr.; Produced by 40, Southside, Cardo, & Yung Exclusive
Dammit this is a long album. I was waiting for the inevitable yet very welcome Future Hendrix feature. This obviously is a banger, even though its clearly a What A Time To Be Alive throw away. Drake starts off with some very lazy and uninspired bars, and Future finds a way to make this joint his. At some point he starts snappin’ after he says “They gon’ think I won a Grammy!!” like 13929 times. Do some donuts in the parking lot to this, scare some old people here.

14. Childs Play
Produced by 40, 1985, Metro Boomin’, & Jordan Ullman
I’m surprised Metro Boomin’ hasn’t showed up more often on this album but its all cool. This joint is full of IG captions and is for the ladies and the simps. It’ll be on the radio in like 3 days b. I’m not too much a fan of that but I know the angle.

15. Pop Style
Produced by 40, Boi-1da, Sevn Thomas, Frank Dukes, & Allen Ritter
Let’s go ahead and get some small things out of the way. There’s a very lazy hook..but he says “Got so many chains, call me Chaining Tatum…”. That’s top 5 worst lines I heard in the past few years man. I wanted to cut my ear drums out with a pocket knife b. The original had Drake very disrespectfully giving Hov like 5 words on the song and gettin’ killed by ’16 Kanye (sure he’s unpredictable but come on). That being said, this doesn’t have them, and its 3 times better…I rock with this version. Drake steps his bars up.

17. Summers Over Interlude
Produced by Maneesh
I like this one a lot, I haven’t really had a chance to appreciate Majid Jordan vocals here, but I love the instrumentation here, I appreciate this. This guitar is amazing man…it’s so smooth. I played it like 3 times. Next.

18. Fire & Desire
Produced by 40 & Hagler
You got your typical Drake joint, “dedicated to youuuuuuu”. I like the smooth instrumental here, but at this point he’s not giving me much. His subject matter here has gotten a little tired at this point and I’m good on it.

19. Views
Produced by Maneesh
I love this beat here man…THIS IS HOW MORE OF THE ALBUM SHOULD’VE SOUNDED. I really like this one, this one is straight to the point. Drake is essentially saying “I’m not seeing the competition, I got now, it doesn’t matter who’s next”. There’s some great bars here. Like, why couldn’t some more of the album sound like this? Why you just now giving us this fire? I’m confused and frustrated. But I see the finish line man…we made it…wait…you telling me there’s one more song…?

20. Hotline Bling
Produced by Nineteen85 & Frank Dukes
Nah we skippin’ this joint, this don’t matter, I’m not about to put myself through this joint. Shoutout to D.R.A.M., I REALLY REALLY REALLY do not like this. This makes me mad yo, I wanna beat up some random people in a mall for this one yo.

We finally made it. Drake shines on some of this album, but when there are low points there are LOW points. To be honest I think Drake is peaking, or he’s just being lazy. Or maybe I expected too much from him. I expected greatness but ended up with some “meh…it was cool” music. The production really carried Drake…so I gotta salute 40 for that. Drake seems like he’s bored or has just maxed out his potential.

Aight man I did what I said I would. I came through for y’all, I fed the Twitter streets, and once again I set myself apart. What more I gotta do to prove to y’all that I’m a Drizzy caesar cut above the rest of these average bums. THEY didn’t want me to write this review…so what did I do? I delivered another classic. #Blog$quiatOut

Editor’s Note: The initial rating score on this review was 3 out of 5 but was later changed to 2 out of 5 by the author.