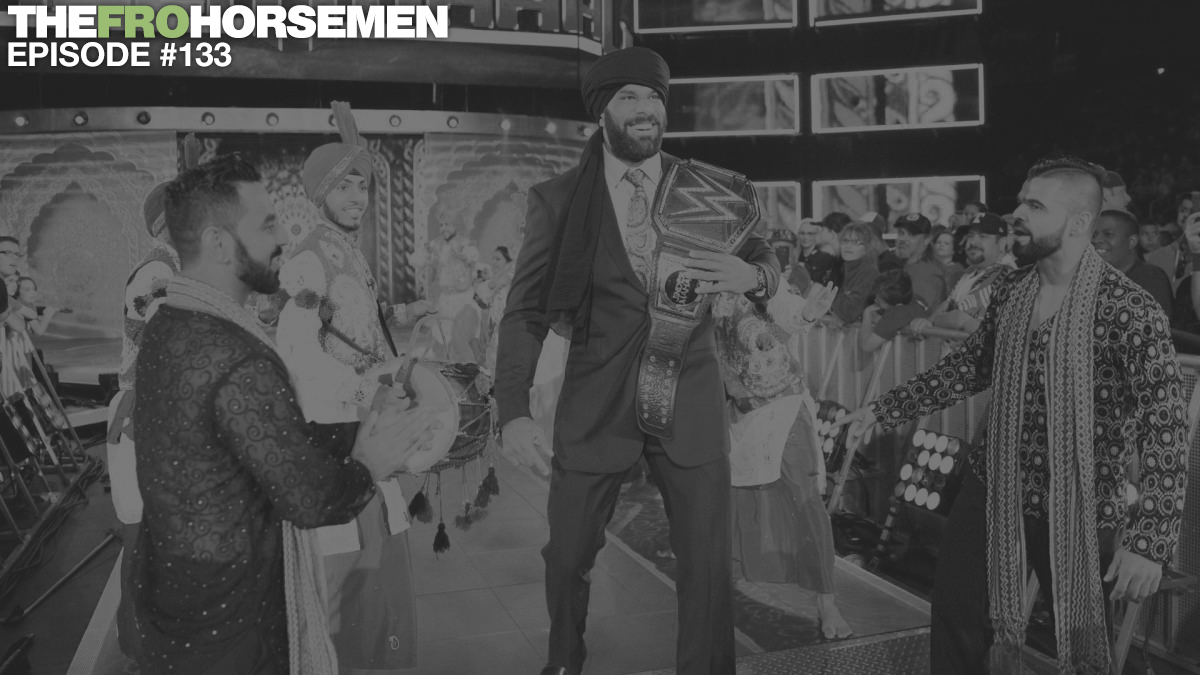 It was touch and go for a minute there, but The FRO Horsemen made it work and delivered a new episode this week. In Episode #133, GQ-Blu & B-Easy discuss Jinder Mahal doing the impossible and becoming the new WWE Champion, the current mediocracy of Randy Orton, Paul Heyman’s interaction with Finn Balor, Tommaso Ciampa finally turning on Johnny Gargano, and much much more. Hit play & ring the bell.