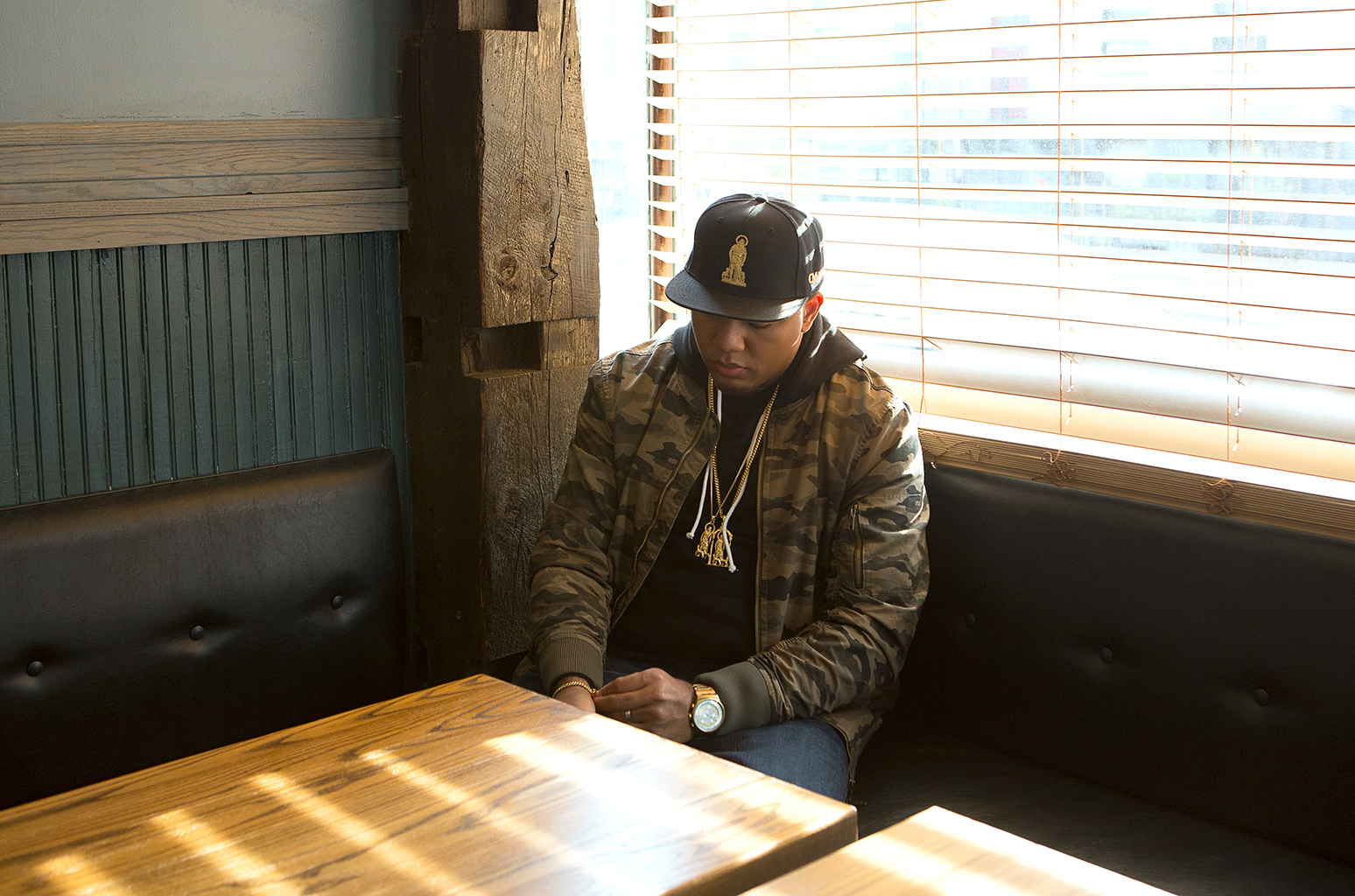 Year by year, we hear about the albums that the general public have their eye on the most or the yet-to-be released efforts whose buzz becomes bigger even with the littlest of detail in finished songs, collaborators, production, etc. While we’re sitting on our hands waiting for that new Kanye or that new Drake…or like last year with Eminem (because….look how that turned out eh? Haha….too soon?) there is many a gem that the public conscious often ignore. The best kept secret, the next to blow or something so off-kilter from today’s trends that it’s left under the dirt.

As an fan of Underground/Indie Hip-Hop, I’m looking to change all that with a little something I like to call Beneath the Surface. (Word to GZA).

Every month, I will give you a heads-up or a “mini-review” on records from artists that have been bubbling under the mainstream, regardless of style, gender or location. This is to give you an idea of what to look for, so don’t expect me to trash records (I’ll save that for the track-by-track reviews) and if it’s your flavor, stream it, buy it and give it a go. Alright, here we go. 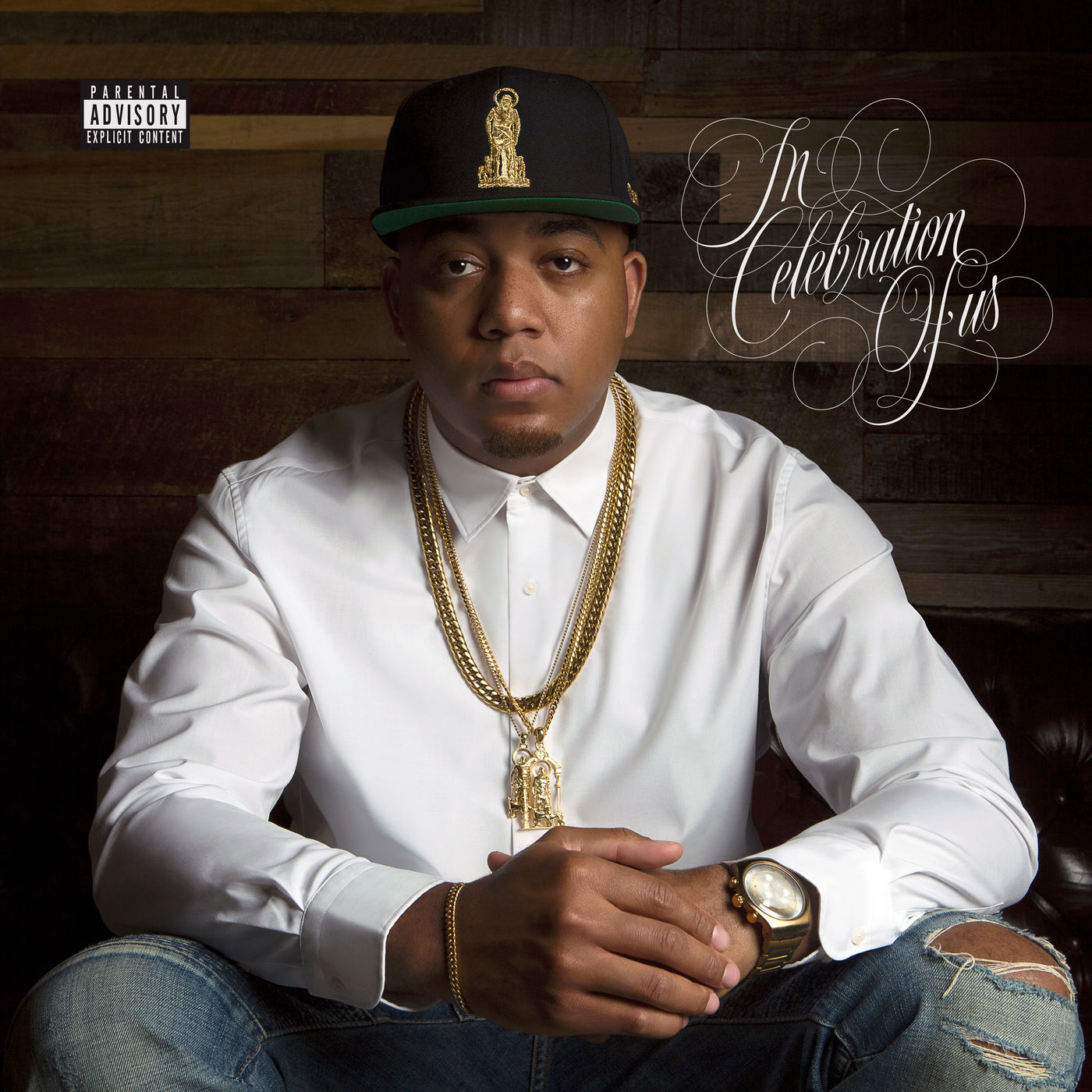 Skyzoo – In Celebration of Us

In this unfriendly game that we call Hip-Hop, there have been many emcees that just do NOT get the recognition or acclaim that they deserve, Royce da 5’9″, Pharoahe Monch, don’t even get me started on Black Thought of The Roots, one thing is for certain, Skyzoo has been in that group for years (although he shares great company!). Upon first listen of his latest effort, I knew this was going to be solid. Sky is just one of those emcees that follows what I like to call, “The Gang Starr Formula” where he doesn’t really switch up the formula, but more so updates it to keep things fresh and consistent and it’s no different here.

In Celebration of Us starts with the intro to “Everybody’s Fine” where a young Sky announces to his friend that he has a child on the way and is getting ready to leave the life of hustling behind. From there, its an onslaught of fresh Boom Bap courtesy of Apollo Brown, !llmind, and others, while topped with straight-forward lyricism that depicts his take on the many social injustices affecting Black people today, while celebrating the positives that love, life and the ideas that hope can bring in this unjust world we currently reside in.

I like music that I can enjoy just because the vibe and the mood is dope as well at times be able to peel the concepts back by the layer. My favorite tracks include “Bakers Dozen”, with a great, soulful hook by Raheem DeVaughn, “Crown Holder” where it lifts one of my favorite samples that I first heard on K-Os’s “Superstarr Pt. Zero” and turns it into something you could easily hear in The Tunnel back in the 90s and “Black Sambo” that on the first listen, it is that type of uplifting song that we could use in this climate. In my opinion, it sits perfectly next to Kendrick Lamar’s “Alright” and other joints within that similar vein. This is a record I’ll keep in constant rotation especially when it starts to get warmer out. 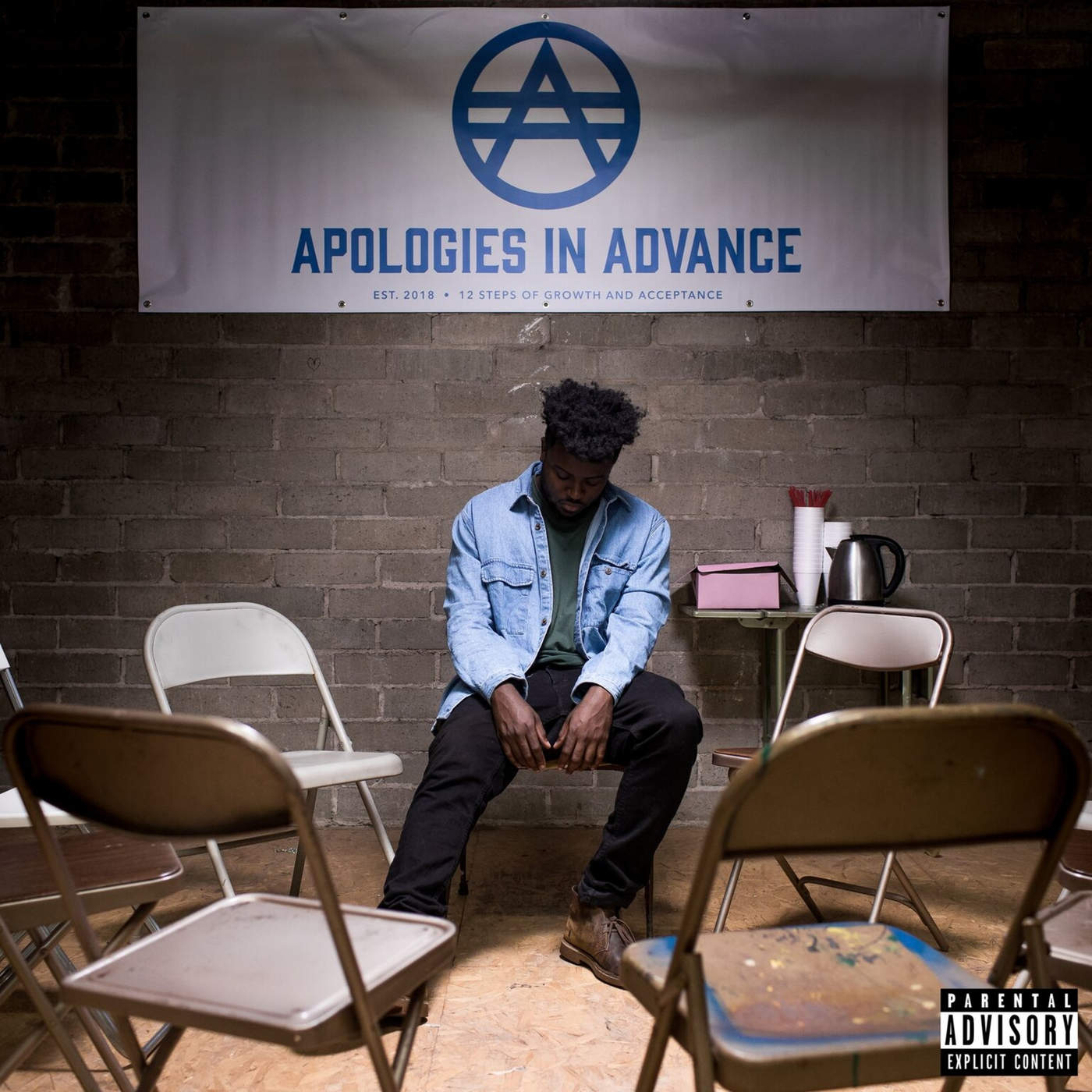 I remember listening to this guy back around 2008 when he was known as QuESt, putting out mixtapes and free albums on the earliest version of DatPiff. Almost a decade later, he has yet to spit a verse that I didn’t like or just found to be meh. I regretfully ignored his last album, just because the year was so stacked, it got pushed to the wayside, but after I found out he had a new joint through the wonders of my Apple Music account, I hit the download icon instantly.

Sylvan LaCue even back then, was an artist that took the strengths of his contemporaries and built on them (Kendrick Lamar, J. Cole) there’s even a review floating out there where I stated his style earlier on reflected a more technically sound, experimental Drake. Apologies in Advance relies heavily on the concept of lacking confidence and doubting your own artistic aspirations. Although the disc suffers due to its length and numerous skits, it can’t be denied because for someone as myself, it is so goddamn relatable. The album gives me this (O)verly (D)edicated vibe (helps that Javonte is on this…) where some songs have a sound reminiscent of the early Jazz Rap style and are mixed in with styles that reflect the more modern sound of today from the artists I mentioned before.

Favorite tracks include “Coffee Break” or as I like to call “The Heart, Pt. Sylvan” where it is Sylvan throwing random thoughts out there at the speed of Captain America throwing his shield or Thor throwing Mjolnir. Bar after bar after bar of just emoting and getting that shit off of your chest without relenting or losing a step in flow or delivery. Also, is perhaps the grittiest and most complex track on the record, “P.O.M.E.”. Divided into three different parts, LaCue finds himself lamenting the different ways of being a “product of his environment” discussing growing up in South Florida and concluding in self-reflection, where the third verse details a real-life experience of being confronted by police in his own residence and the aftermath from it.

If you can manage the length and the skits, this is something you ought to check out. He’s only getting better with time and experience. 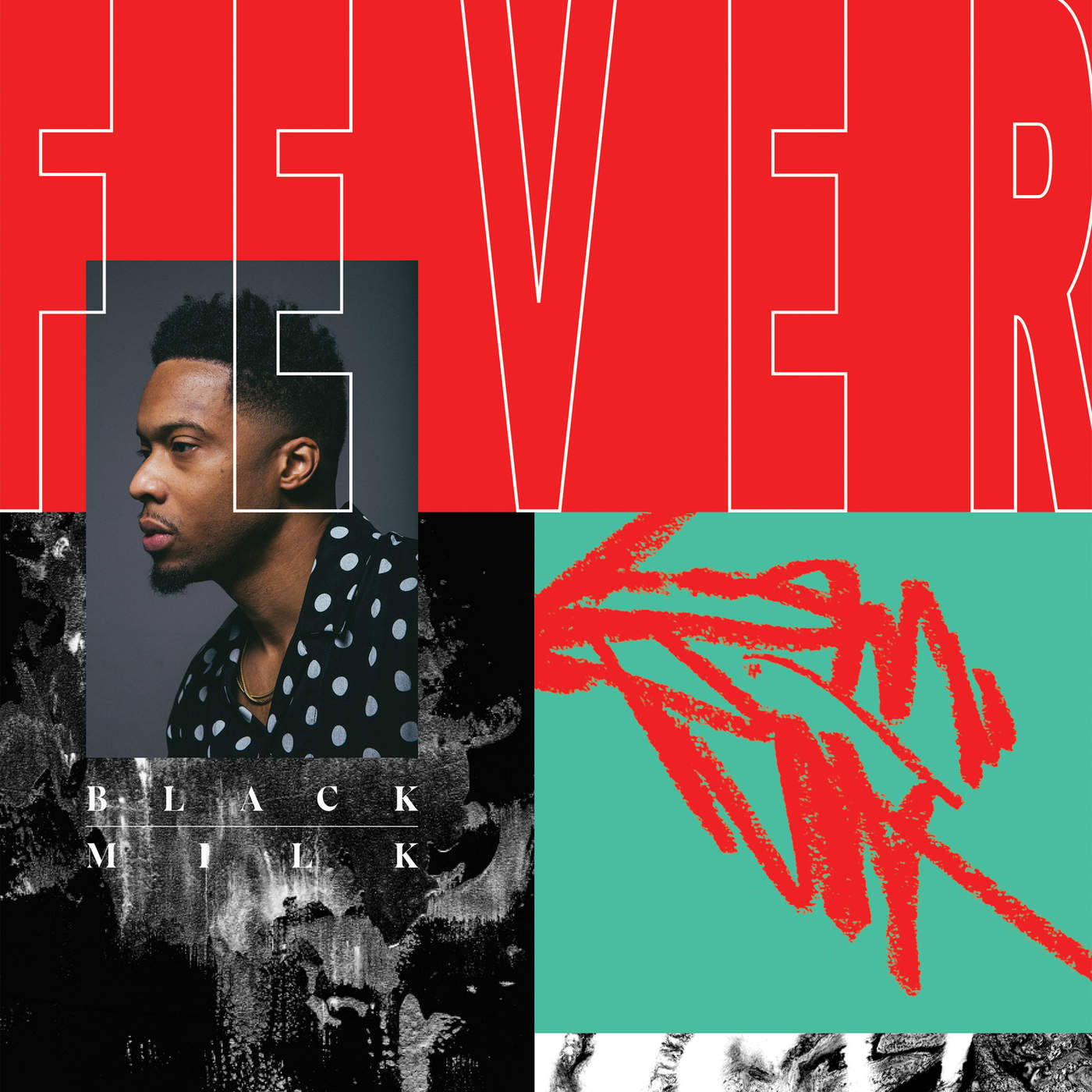 This was an album that I really wanted to like, but four listens since it’s release and… I don’t know what it is that is not gravitating me towards this like previous records (outside of having something for this piece). Unlike Popular Demand and Tronic, two of my favorite Black Milk efforts, this is a more subdued type of album, one that is not as urgent or immediate as his earlier records and the J Dilla influence being far and between on most songs, or perhaps that’s just my ears. “Could it Be” and “Laugh Now Cry Later” are some of my favorites if not right now, my only favorites and one thing I can respect Black on is much like Skyzoo on his joint, there is an uptick on the social commentary. Catching the vibe yet? Maybe I’ll get it, maybe I won’t, we’ll have to see in future listening experiences.

And there ya have it, folks! Stay tuned in March where I’ll have more albums to give my two cents on and recommend to you, the reader! Until then, Jones…OUT!