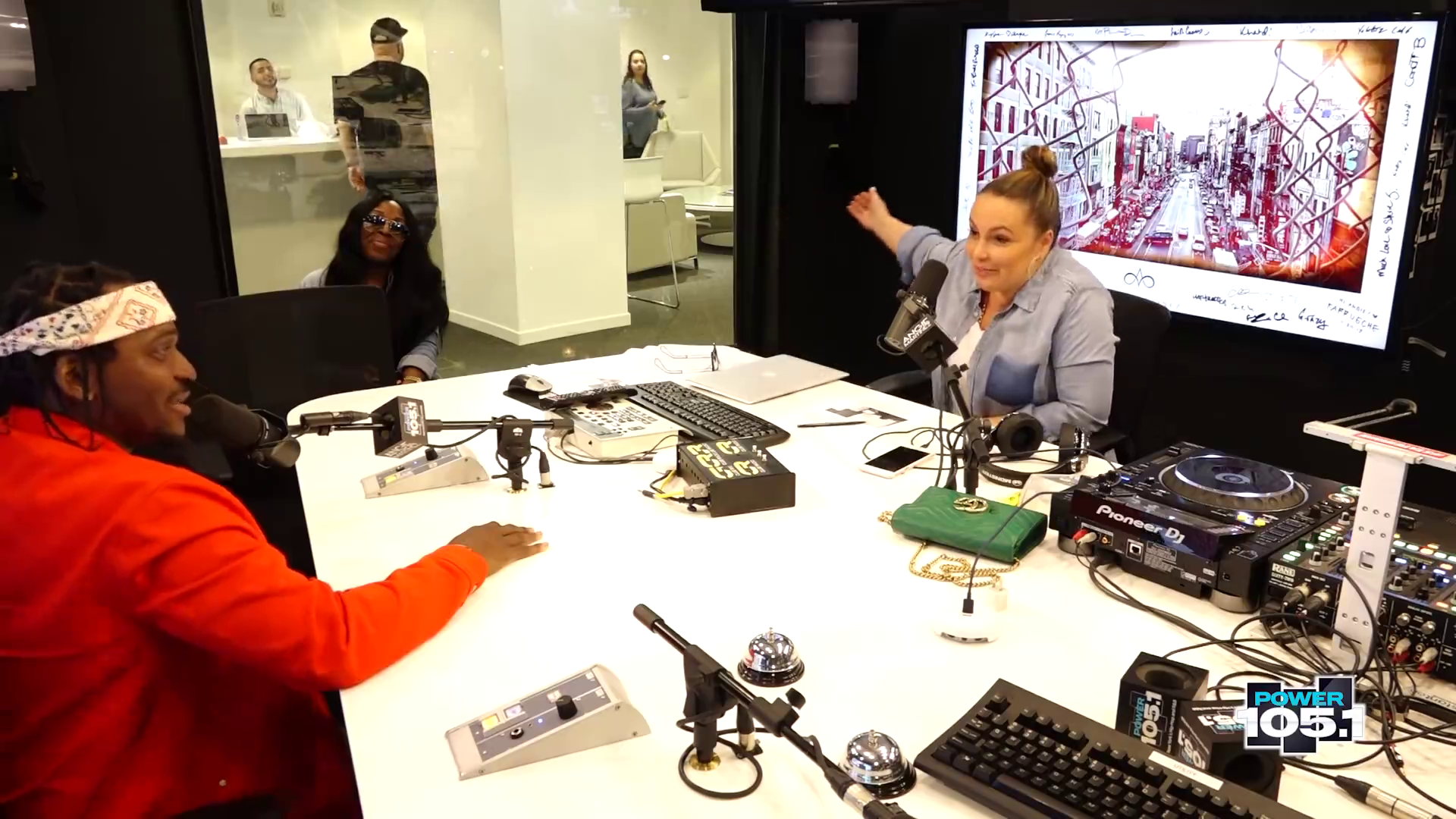 Angie Martinez interview? This Pusha T album is actually coming Friday. It’s been so long (3 YEARS!?!?) since the prelude, Darkest Before Dawn, that King Push changed titles. Daytona, formerly known as King Push, will feature seven songs and have a Rick Ross feature. The “Voice of New York” and the President of G.O.O.D. Music have a quick sit down about the thin tracklist, his man’s antics, and the upcoming music and tour plans for Teyana Taylor and Nas.