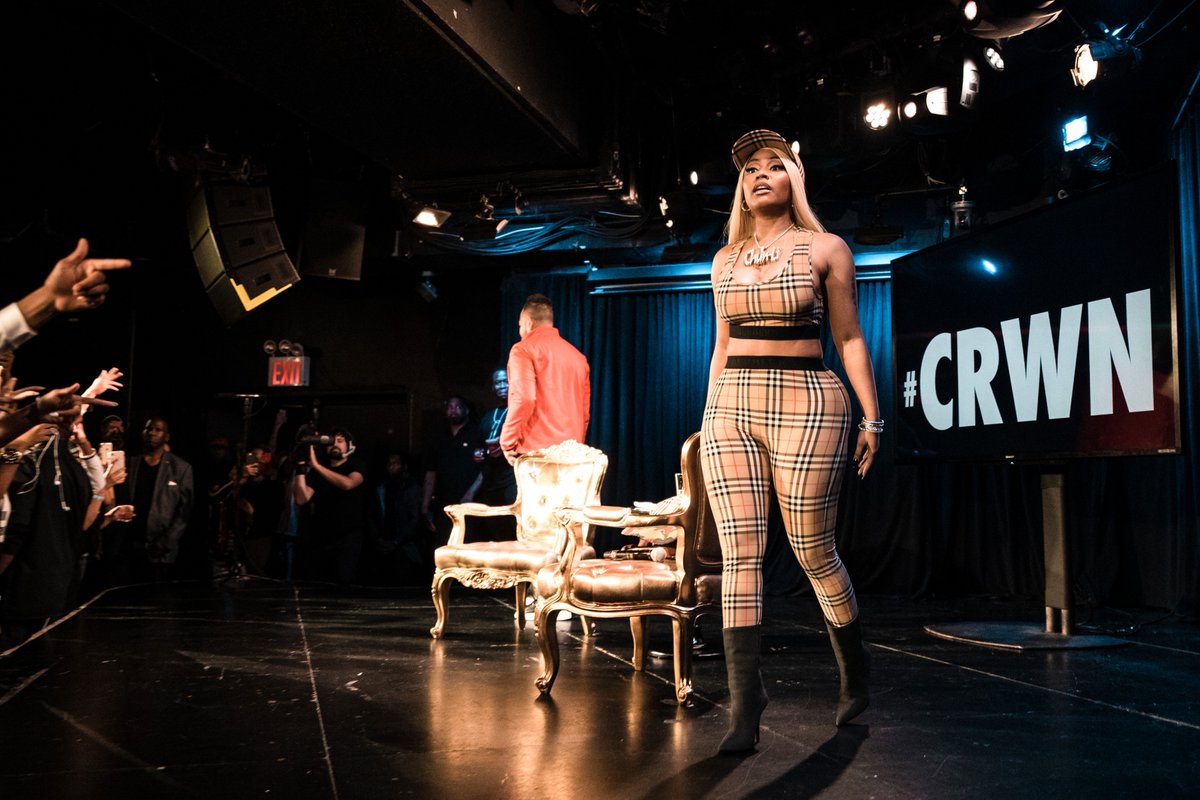 I was only looking forward to Elliott Wilson’s CRWN interview with Nicki Minaj before I found this gem. YN was retweeting folks this morning about how his interview with the Queen from Queens had to be legendary because Funk Flex has set the bar. HUH? I remember after Rosenberg from Hot 97 took shots at their Summer Jam headliner for her Pop hits, she pulled out of the show. Flex invited her to his show for a sitdown that turned into a shit show. After backtracking the threats of ruining her career and speaking in a high voice most of the interview, no issues were resolved.

Years later, Rap’s Barbie returns for a sit down that I enjoyed more than her latest album, Queen, because she basically took over and interviewed herself. From her start as a member of a group with Safaree (Do you know he was cheating on her with prostitutes he paid for with her debit card?) and Boulegged Lou from Full Force’s son to meeting Deb Antney/Gucci Mane to her current relationships with Meek Mill and Nas, details about “Barbie Dreams”, writing her own raps and more.

From there, a Twitter war raged between Onika and her ex, including him accusing her of stabbing him, which has not been really addressed. Even with this turn of events, the GOAT of Hip-Hop journalism was able to control a LIVE crowd that was going up for their fav and delivered an interview that gave us insight into the psyche of the Queen rapper and what motivates her.

Rob Markman’s interview was a surprise, but a well-needed retrospect of why/how Nicki became an important figure in Hip-Hop: her lyrics. Love or hate, her bars they have kept her in the spotlight for almost a decade. Good move on Genius for playing the music and analyzing certain lines throughout her career.

Wow, this has been a long week for everyone watching this press run. I’m going to add the Colbert interview, just for fun. We’ll see if there’s more to add after today’s edition of her Beats1 radio show, Queen Radio.