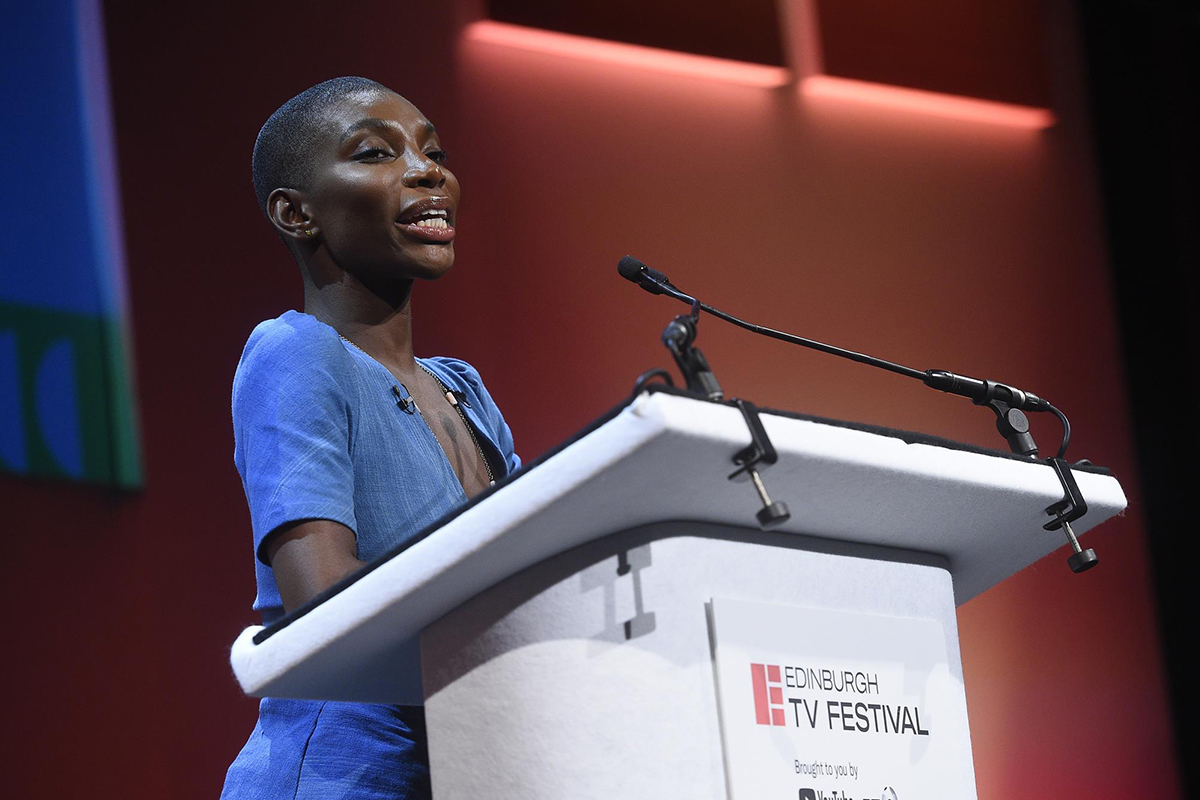 I love me some Michaela Coel. I’ve deliberately watched only the Black Mirror episodes that featured her. (In total, I’ve watched five episodes and think the show is overrated AF) While I believed that the third series of her hit show, Chewing Gum would be coming soon, she was actually working on a new series while holed up in a cabin in the woods. Shadow and Act reported that her next show, Jan 22nd would be about contemporary dating and sexual content set in London focused on the life of a character named Arabella.  She will also be starring in Black Earth Rising, a BBCTwo series along with John Goodman about “a Rwandan genocide survivor who grows up in an adopted British home, becoming a prosecutor in international criminal law. It’s when she takes a case involving an African militia leader that old emotional wounds open up and her life changes forever.”

While I love Girl Tracey for her work, it would be an understatement if I didn’t mention how much I admire her outspokenness outside of production sets. The actress/writer/singer/songwriter/playwright/poet made a serious moment last week and I deeply apologize for not posting it. This year’s Edinburgh International Television Festival featured Coel giving the James MacTaggart Lecture. The Ghanian-Londoner shared her life story from being called a “N!##er” as a child by her playmate and as a young adult by her classmate at the Guildhall School of Drama and Music. She shares her experience of turning her play into her first series, her baby, and all of the notes given to her from outsiders on what to change and add to a story that carried several of her emotional investments. This speech included unwanted sexual advances throughout her career and the night she was raped. The MacTaggart Lecture is to be delivered by a figure in the industry about their experiences. This year, Ms Coel, the fifth woman to deliver the lecture in its 42-year existence focused on transparency.

“I’m becoming clearer on what my role is in this industry…”  “I love telling stories, but I want this process of finding your role to be easier for other people. I really do, and that is really it for me.”