Watch The 4th Episode of ‘Random Acts of Flyness’ before you let Louis C.K Come Back 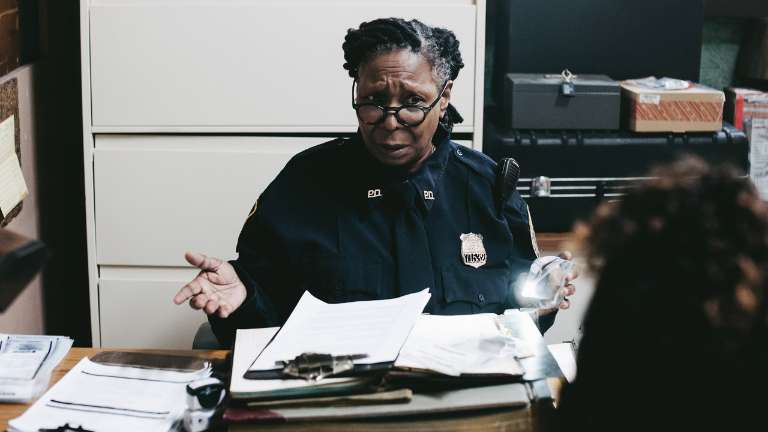 I wonder where are all those men that were outraged when they believed that Issa Rae was going to focus on toxic masculinity this season of Insecure. The first 3 episodes of Terence Nance’s Random Acts Of Flyness highlighted sexuality and acceptance in the Black community. The fourth episode, “Items Outside The Shelter But Within Reach”, opens with a young woman waiting in a police station to be interviewed by an officer, played by Whoopi Goldberg. The scene ends with the young woman giving Officer Whoopi her pussy and the officer tosses into the pile of other pussies that are waiting to be examined for sexual assault. She uses phrases like “claims” “reimbursements” and “manufacturers” as if she was talking about a broke cell phone. Think. While the scene is ridiculous and abstract, (Whoopi Goldberg says “Don’t Touch The Pussies!”) focus on the message. We get an in-depth look at how many cases of sexual assault are pending, at a certain point, investigators aren’t taking it as seriously as the first accusation as it gets down to dozens and then hundreds of women coming forward. Cut to the next scene, the woman is in a brightly colored backyard with her grandmother, not wanting to tell her Mema who hurt her. As we later learn in the episode, one of the men at the cookout is her abuser.

Imagine your abuser right in front of you as you’re supposed to be in a safe zone around family. Imagine your abuser is back on stage on telling jokes after “paying his debt” by sitting down at home for a few months. I was the hugest Louis C.K. fan and I don’t want to see him make a comeback or return without justice to the women that he masturbated in front of, the ones he made uncomfortable in work environments, and the ones he made feel unsafe to pursue a career in comedy.