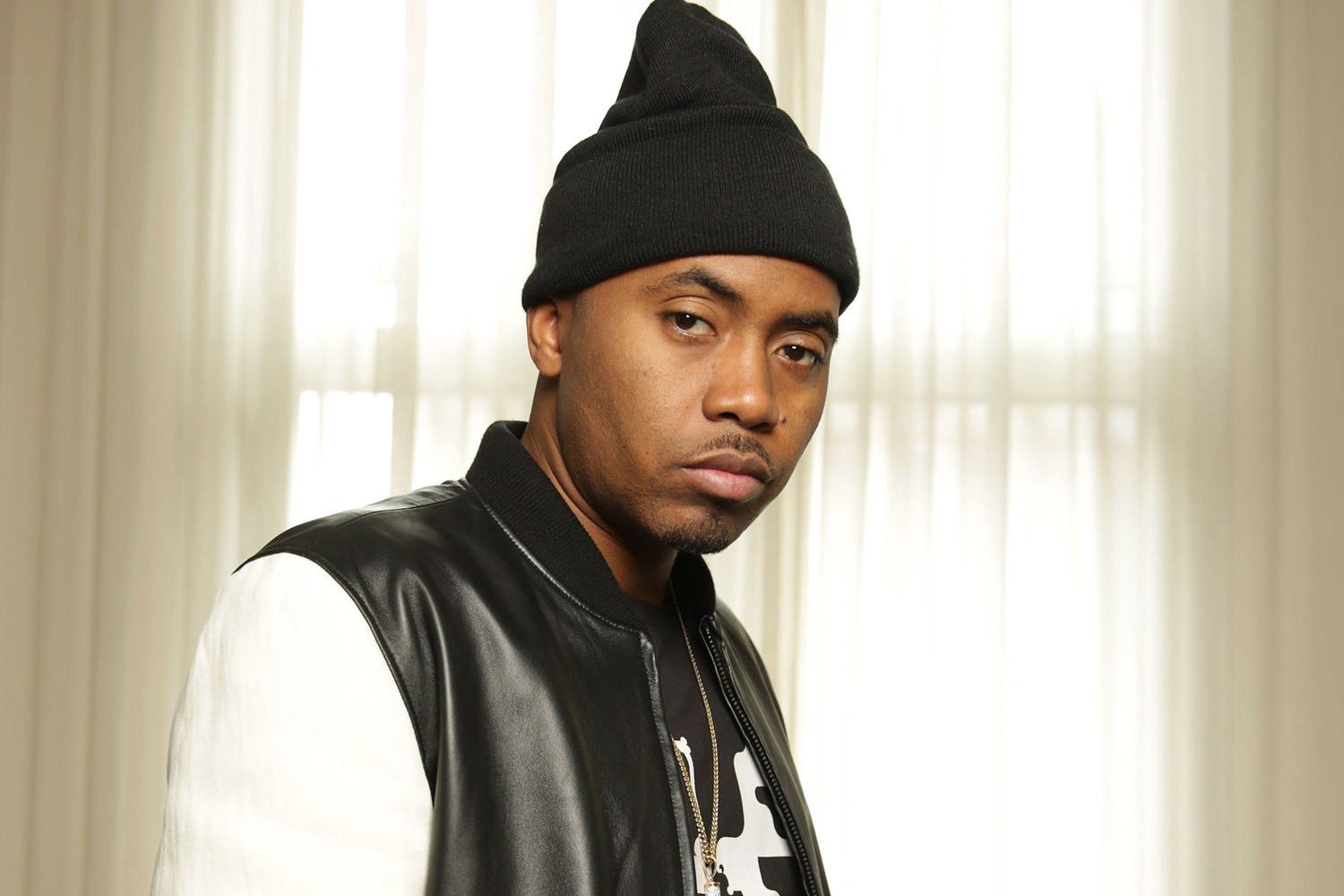 Nas is one of the greatest rappers of all time. That has to be said upfront. I don’t even need to go into his discography or lyrics that help defined this thing we call Hip-Hop. Nasir Jones is hands down a first-ballot Hip-Hop Hall of Famer.

That doesn’t mean there haven’t been any stumbles from “Live at the Barbecue” to now. The last one that comes to mind is the Kanye West-produced album Nasir from 2018. An album with Nas rapping and Kanye taking the helm of production should be awesome. It wasn’t. While there were some bright spots, the project ended up sounding rushed with the quality not fitting the billing.

On paper, King’s Disease has a lot in common with the Nasir album; mostly because it once again has the QB rapper teaming up with a one producer for one entire album, this time with the producer being Hit-Boy.*

*Sidenote: Hit-Boy doesn’t solely produce King’s Disease, but he is the main producer on each track.

So what happens when a Hip-Hop great links up with a Grammy award-winning producer whose past hits include the likes of “Niggas In Paris”, “Clique”, “Trophies”, “Feeling Myself”, & “Backseat Freestyle”? You get the 13th Nas album titled King’s Disease (Which I always thought was gout). Let’s check it out.

1. King’s Disease
Produced by Hit-Boy, Corbett, Cyanca, Pat Junior, & J. Pelham
In what feels like an intro to the album, Nas rhymes about the virtues of being a king (Something I’m sure we’ll hear more throughout the album). The production kinda surprised me as I thought Hit-Boy would take Nasir in a different direction. That’s not a bad thing. Lyrics about making the fade famous and lessons about not wasting time sound fitting over doo-wap samples. Good start.

2. Blue Benz
Produced by Hit-Boy, Rogét Chahayed, & Penthouse Parti
This track took a more modern/electro fused turn and it worked wonderfully (Especially during the breakdown). The inserted rants of Louie “Lennox” Rankin from Belly (R.I.P.), who Nas shouts out on the song, also add a nice touch. Besides Nas sounding great here, the song ends abruptly but I’m not mad at that either.

3. Car #85
Featuring Charlie Wilson; Produced by Hit-Boy
As much as I wanted to like “Car #85”, It came off as boring and even the Charlie Wilson feature was kinda unnecessary. What is Car #85? Who is Tia? I don’t care. Nah.

4. Ultra Black
Featuring Hit-Boy; Produced by Hit-Boy, Audio Anthem, & Corbett
The first single off King’s Disease. The nostalgia is heavy on this one from the beat to Nas rapping and reminiscing about the Black experience (The music video adds to this feeling). This feels like something that would’ve come out during the Nastradamus era (If that makes sense).

This song also made some noise for the “We goin’ ultra-black, unapologetically black/The opposite of Doja Cat” line and even had people upset about the lyrics. I didn’t think it was a big deal just like the following “Michael Blackson black” line. As Nas later said in response to the detractors:

I was really just saying a rhyme that rhymed with “Ultra Black,” I didn’t even think of it, you know what I’m saying? It’s all love…they’re bars. Just lines. We play with words, man.

5. 27 Summers
Produced by Hit-Boy & Rogét Chahayed
The title “27 Summers” references the twenty-six summers since the release of Nas’s debut album Illmatic in 1994. For some reason, this song reminds me of Drake’s “Worst Behavior”, even the way Nasir rode the beat (“Bitch!”) With that being said, I enjoyed it a lot. My only complaint is that I wish it was longer as it’s less than two minutes.

6. Replace Me
Featuring Big Sean & Don Toliver; Produced by Hazebanga & Hit-Boy
I probably could have done without Big Sean, Don Toliver, and Nas rapping about love, but “Replace Me” isn’t a terrible track, just kinda lazy; this truly feels like they tried to make a late 90’s radio single. Also, is Don Toliver just doing a male impression of Ella Mai’s “Trip”? Am I the only one that hears this?

I talk shit about this song but I wouldn’t surprise me if “Replace Me” was the next single.

7. Til the War Is Won
Featuring Lil Durk; Produced by Hit-Boy
“Til the War Is Won” has Nas and Lil Durk giving praise to Black single mothers and Black women in general. If the combination of Durk and Nas sounds weird it’s because it is. I appreciate the message of the Black woman being integral to Black men and how much they go through, but it feels like more could have done with this track. Lil Durk singing on it wasn’t one of them.

8. All Bad
Featuring Anderson .Paak; Produced by Hit-Boy
I always appreciate seeing Anderson .Paak on a tracklist and again he delivers for Nas on “All Bad”. Hell, he probably was the best thing on this song. Not to say Nasir didn’t do his thing; his raps about dealing with lost love and relationships in general here is way better than he was on “Replace Me” (I also like the production better here so that could have helped too).

There have been some rumors that this song is about Nicki Minaj. I can see that. Nas raps about having “no time for juveniles throwing tantrums” (Nicki is almost ten years younger than Nas) and being left on read. I guess I can see that.

9. The Definition
Featuring Brucie B; Produced by Hit-Boy
Here Nas gets an intro and outro from Hip-Hop legend world-famous Brucie B before rapping about the government and media’s effect and perspective on Black people and minorities in general (“And what the fuck is up with Gayle King?!”). He also defined King’s Disease. I was right in the intro, it is in fact gout but it goes deeper than that; it’s also doing too much and living too rich.

The signature drums on the Hit-Boy production help all of this and make this two-minute song work.

10. Full Circle
Featuring Cormega, Foxy Brown, & AZ; Produced by Hit-Boy & G. Ry
I didn’t know how happy an unexpected reunion of The Firm would make me until I heard it. Yes, “Full Circle” has the O.G. lineup of Nasir, Foxy Brown, AZ, and Cormega once again reunite on a track (Basically the one from “Affirmative Action”). It’s probably my pick of the highlight of the album. They all turn in good verses over some production that wouldn’t sound out of place on The Firm’s 1997 Aftermath album (Even though Foxy’s social media claims were a bit much). Speaking of Aftermath, Dr. Dre makes a surprise appearance at the end of the track; that was a good touch.

My only complaint? Nature should have got a verse in here somewhere.

11. 10 Points
Produced by Hit-Boy
I really appreciate the horns and constant use of the word “king” on “10 Points”. The tempo of the track also is a great stage for Nas to explain the meaning of being a king.

I was floored that on this song Nas said he was the first to start saying “Peace King”. I thought that was a Five Percenter thing but what do I know.

Some people on the internet are pointing out that on the night this song was released, LeBron James scored 10 points in a playoff game versus the Portland Trailblazers. What does that even suppose to mean? Especially when his only rhyme about LBJ was:

King, Michael Jordan gives back and you didn’t know it
Like LeBron does, but it’s just seldom they show it

12. The Cure
Produced by Hit-Boy
“The Cure” is technically the last song on King’s Disease. On past reviews, I have made the comparison to the last song on an album to when the credits roll at the end of a movie. This is definitely the case here. Nas even says “Roll the credits” (I also won’t overlook that a song titled “The Cure” is at the end of an album called King’s Disease).

Hit-Boy did his thing here though. The first part of the track feels like a triumphant ending (It reminds of some old Kanye) before the beat switches which leads to Nas going in:

Cuban link QB chain belong in the MOMA
So boomerang, you salute my twenty-seven summers
Rolls-Royce Brigade just ’cause it go with the moment
Pac saw the chain, got his medallion, I won’t
Insinuate imitation ’cause I copied his stomach
Kings honor kings, straight from my pops to my son’s shit

This is a great ending to the project, but we still have a bonus track to go.

But what we get is a good blend of older New York rappers and new New York rappers. The piano-led production is suitable for all involved. I am happy I was wrong. ¿Qué lo que?

There is a lot to like about King’s Disease. It’s an obvious upgrade for the last album Nas gave us. Nas doesn’t sound like he was rushed and mostly sounds in his element.

This project is also not long-winded (Which is good in these modern times). The whole album is only 13 tracks with no song going over 4 minutes with a few under two minutes. I’m not sure if Hit-Boy or Nas made any more songs during this recording process but it feels like they cut out the fat.

Speaking of Hit-Boy, he showed a lot of versatility with the production by leaning more to Nas’s style; he didn’t have him rapping over stuff that didn’t make sense (Extra point because Nas said in an interview that it was Hit-Boy’s idea to get The Firm back together on “Full Circle”).

There are a few slips here and there. I can see some songs on this album coming off as boring, especially on the first half of this album. Granted, this is something Nas has been critiqued about for most of his career.

Also, if you were looking for that “Nasty Nas” or “Esco” or whatever version of Nas that made “I Gave You Power”, that version really doesn’t show up on King’s Disease. Not saying he doesn’t sound good here, he does. Just don’t look for tracks like “Rewind”. I also probably could have done without the love songs.

Still, King’s Disease is a good project that shows us the best modern version of Nas. Over well crafted beats provided by Hit-Boy, this puts the Hip-Hop legend’s discography back on track and has me even more hopeful about future releases. Peace, King.