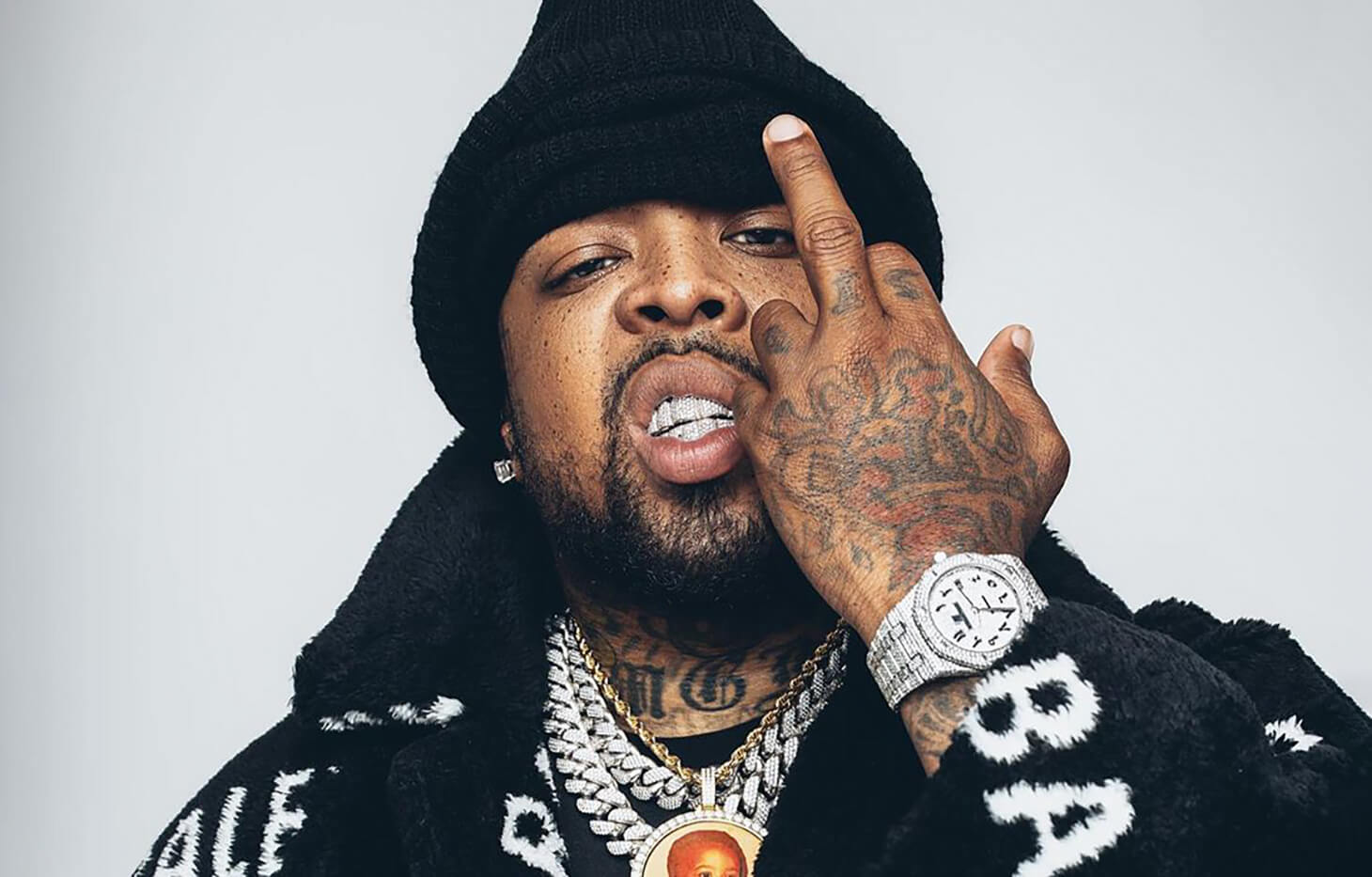 So, my relationship with Westside Gunn and Griselda is an interesting one. I’ve first caught wind of him in 2016 when he released his FLYGOD album. It was these subdued, minimalist beats compounded with obscure wrestling references and hilarious gangsta bravado, and for the most part…I hated it.

Westside Gunn as well as his contemporaries (both rappers and producers) are an acquired taste. They carry the hallmarks of the 90’s boom bap sound but it’s taken to unimaginable levels, with its choice of sample loops, lack of drums, and the rapper’s off-beat delivery. On the flipside it has redefined what hardcore Hip-Hop can be, helping to revitalize acclaimed beatsmiths, such as The Alchemist while kicking the door open for upstarts like Daringer.

I know I am referencing the production more and that is for a reason because Westside as a rapper…is passable. That is not to say he’s trash, he’s far from that, but even he will admit, that if you came for the bars, you’ll be more satisfied by his Griselda family (literal and figurative), Benny The Butcher and Conway The Machine.

But that’s not to say his albums are bad or boring, if there is anything that Westside does well, is that he knows how to curate. Much like Rick Ross, his ear for beats allows him to craft an album experience to where you’re taking in all the bragging and bloodshed and you’re enjoying every moment of it. So, with this being the eighth and final installment of his Hitler Wears Hermes series and Side A already being released…what is left to be said? Let’s take a listen to Hitler Wears Hermes 8: Side B.

1. Brodie Lee
Produced by Denny Laflare
Nothing but a short instrumental that pays tribute to one of the most underrated talents in professional wrestling, who was taken from us just as he was hitting his stride. If you’re a wrestling fan and you’re not as familiar with his work, go check it out anywhere you can, because he was an amazing wrestler and if you let his peers tell it, and even more amazing human being.

2. End How You Start Intro
Featuring Bro A.A. Rashid; Produced by King JVY B
AA Rashid is talking and all I can think about is when Ghostface threatened Action Bronson with Teddy Pendergrass in the background. I appreciate you kicking knowledge, but this intro is TOO LONG. GET TO THE BARS, NIGGA!

3. Hell on Earth, Pt. 2
Featuring Conway The Machine & Benny The Butcher; Produced by Sovren
AH YES! This that 90’s New York, stomp your face in with steel toe Timberlands music. When these three come together, it’s fuckin’ Voltron. Need I say more? Maybe? But I am not going to. Put this on and stomp a nigga’s face in, aight son? The fuck I look like with a dress on?

The beat from Jay Versace is smooth as a sip of white wine with the breeze hitting the back of your neck.

That makes NO SENSE.

But I love the beat. Jay Elec! You need to redeem yourself for that B.S. rush job you called an album last year.

5. Richies
Produced by Madlib
Are we gonna get Gunnlib anytime soon?

It’s a short song and it does what it is supposed to do. See this is the thing about listening to Westside Gunn albums. I don’t know nor care who Julia Lang is, but I wanna belong in the world.

7. Celine Dion
Featuring Flee Lord, Heem, & Chase Fetti; Produced by Camoflauge Monk & Denny Laflare
The first part outside of the beat was what you expect. Then we get a wrestling promo and I am gonna have to go to Peacock to find where that promo came from. Flee Lord is becoming one of my favorites, he sounds like a 2020’s Sticky Fingaz.

8. Best Dressed Demons
Featuring Mach-Hommy; Produced by Daringer
I had a friend come at my neck one day for sleeping on Mach-Hommy. I’m thinking, “Well, what he’s saying must be special, that you can’t find his lyrics on Genius?”

So after Mach harmonizes about rock and roll being gentrified, Westside comes in and kicks some fly rich nigga shit. This beat from Daringer is gorgeous.

9. Forest Lawn
Featuring Armani Caesar & 2 Chainz; Produced by Camoflauge Monk
I swear when I heard this the first time, I remember literally saying “I take these words to my grave” to the point where people could hear me…and I’m not supposed to be loud. Westside Gunn doesn’t sound like he is comfortable. Can we talk about Titi 2 Necklace hopping on these beats as of late? Are we gonna get more of this for an album’s worth? I’d love to hear it. Armani Caesar does her thing, nothing special but hey, better than Nicki I guess?

10. Why I Do Em Like That
Featuring Billie Essco & Keisha Plum; Produced by Camoflauge Monk
Camoflage Monk has been the MVP of this album. I think you don’t really pay attention to Westside’s lyrics like that, but it’s more to take in the vibe.

11. R.I.P. Bergdorf
Featuring Mach-Hommy; Produced by Nicholas Craven
Mach really does a disservice not having the verses on Genius. I’m not tryna listen to this song 5,000 times just to peel back the layers of your Haitian accent, it ain’t that deep. At first the loop by Nicolas Craven can get annoying and then like an earworm, it just slithers into your mind and you start humming the shit.

12. TV Boy
Produced by Beat Butcha & Daringer
When this song was first released, I just thought it was ehhh… Still not crazy about the song but, it is an easy head nod because of the Beat Butcha/Daringer contribution.

13. Survivor Series 95
Featuring TF, Larry June, & Jay Worthy; Produced by Camoflauge Monk
This song was much like this pay-per-view. Mid. And all that I got from this was a serenading crackhead at the end.

14. Eddie Kingston
Featuring Rome Streetz; Produced by JR Swiftz
This was a missed opportunity to have the Mad King on here and talk shit. Now, Rome Streetz…

Work on my aim and be a sharpshooter like Bret Hart

When they was scared to get it through the mail, man, I went Utah Jazz

16. Munch
Featuring Tiona Deniece; Produced by Conductor Williams
Conductor Williams is becoming one of my favorite producers. The DOOM shoutout just makes me wanna hear him kill this beat from the grave.

17. 99 Avirex
Featuring Stove God Cooks & AZ; Produced by DJ Green Lantern
Between this and Doe or Die II, it is dope hearing AZ again after so long. Might have to review that next. The piano loop with the harmonies in the background, while Stove God gets his struggle falsetto on. Sensational.

18. The Fly Who Couldn’t Fly Straight
Featuring Tyler, The Creator; Produced by Sadhugold
My friend finds out Sadhugold produced this, he’s gonna orgasm.

Just sounds like Tyler came through to rap. Nothing out of the ordinary, but it’s just a dope vibe. That’s what we here for right? The vibes?

19. Big Al
Featuring Rome Streetz; Produced by Denny Laflare
Westside knew better to step the fuck back and let Rome Streetz spit. When he done, you can come in and say whatever. This got me falling in love with piano loops.

1. If we’re going to do a compare & contrast to Side A and Side B, then Side A is winning this one. With Side A, there was a lot more to hold onto. The bars were more solid, the album as a whole was more cohesive and there were more standout songs. May have to review that one too. Late pass I know.

2. Just because I say that… does not mean this was a bad album at all.

I am becoming more in awe of what Westside and Griselda as a whole have been bringing to the table, with more albums and more power moves. They are a breath of fresh air in a genre where it feels like one long, stagnant trap loop on repeat for a while now. As I mentioned before, where Westside lacks as far as rap/lyrical ability, he makes up for by being a charismatic presence on the songs, having one of the best ears for beats in the game, and letting Benny, Conway, etc. handle the dirty work.

For as extensive a catalog as WSG has (especially in the Hitler series) and as someone who is late to the party, like myself, if you wanted my opinion on where to start, you can’t really go wrong by starting here. There is not much here that’s any different from what you would expect on an album like FLYGOD or Supreme Blientele or Pray For Paris. It’s a little rougher around the edges, but what you can expect every single time and the only thing that matters… QUALITY! BOOM BOOM BOOM BOOM BOOM BOOOOM!!!… aight, I’ll stop now.