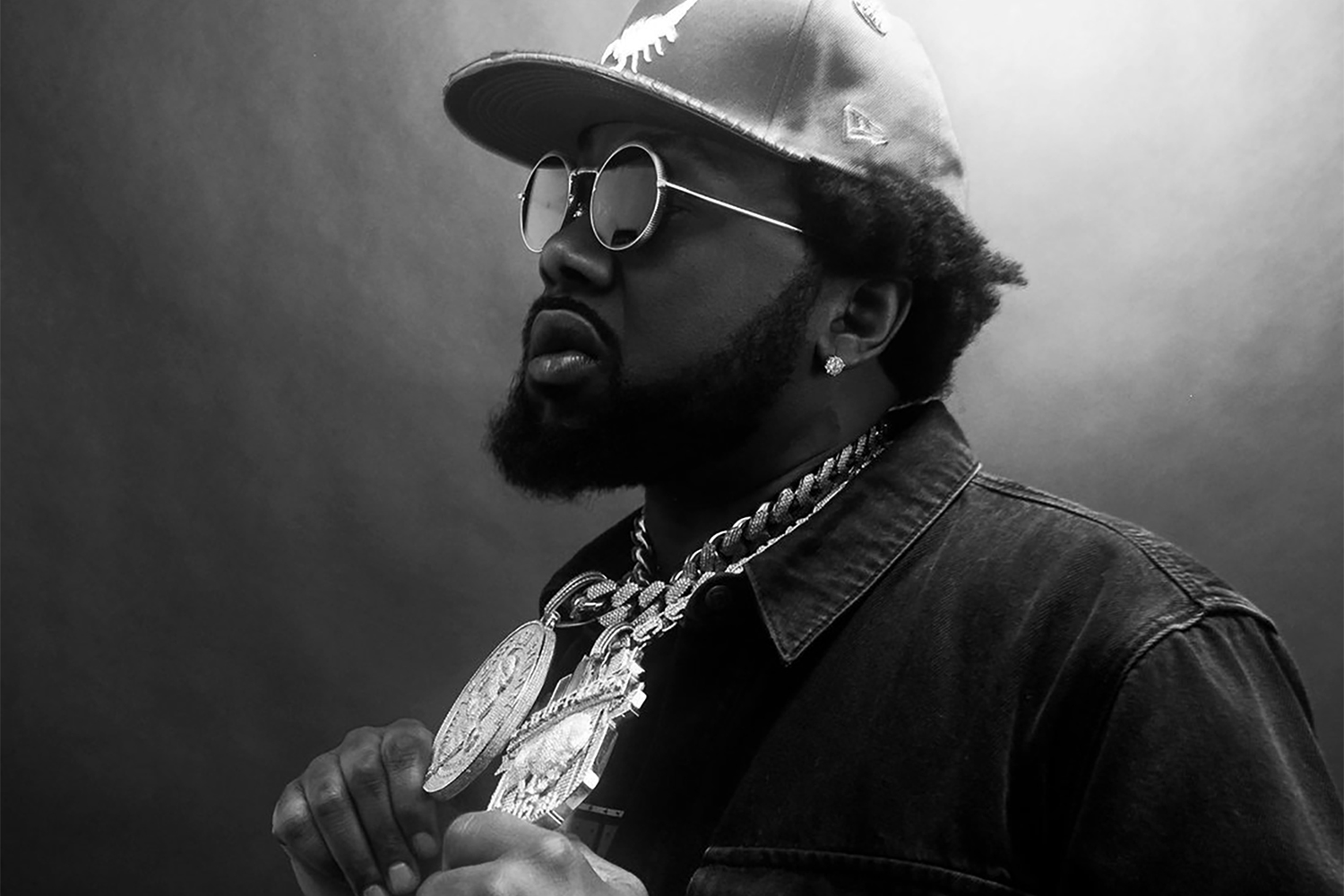 Griselda and I have had an interesting relationship for the last five years. I started out thinking a lot of what they were creating and releasing was on the boring side, mainly the production. I was dumb.

Now that is not to say that Griselda are terrible rappers or that Daringer and company are bad producers because as I discovered with time and deeper listening, all three rappers have their respective strengths that outshine any weaknesses they have. The problem is, at the time, I didn’t think that there was anything essential out of their catalog. Benny The Butcher proved me wrong with Tana Talk 3, Westside Gunn proved me wrong with Pray for Paris, but for Conway The Machine, it took a little longer to get there. I started on The Blakk Tape and it continued with Look What I Became and I thought both releases were decent but there was nothing that grabbed me, even his projects with The Alchemist and Big Ghost Ltd. left something to be desired, I just didn’t know what it was.

When From King to a God was released in 2020, that is where things began to click, and when Conway started making ALBUMS instead of collections of songs, that is when I became more interested. “Lemon” with a show-stealing verse from Method Man kept up the hallmarks of the Griselda crew, while songs like “Seen Everything But Jesus” and “Front Lines” showed a mature, introspective side of the Machine without it sounding sappy or corny.

After we got appetizers in the form of his sequel alongside Big Ghost, If It Bleeds, It Can Be Killed and his mixtape, La Maquina, it is time to see what he can come up with on his major-label debut, God Don’t Make Mistakes, his first and ONLY album on Shady Records and quite possibly his last on Griselda Records. Let’s see what this does.

1. Lock Load
Featuring Beanie Sigel; Produced by Beat Butcha & Daringer
Spooky season has begun and it ain’t even Halloween yet. Daringer and Beat Butcha tag team on the boards and Machine comes through with an appearance from the Broad Street Bully himself. It’s weird hearing Beans on a record (given the circumstances) but he shows you can take part of his voice, but the bars remain as vicious as they have ever been. Strong start.

2. Tear Gas
Featuring Rick Ross & Lil Wayne; Produced by Cozmo, G Koop, & Vidal Garcia
That sample haunts me to this day. I had an unreleased song with that same sample. But either way, Conway on his venting shit, going off on how he wants to be remembered to baby mama drama to friends ghosting after he got shot. Weezy, while the flow is kind of off slightly, this verse is Wayne in top form. He really has been killing shit low-key since quarantine huh? Ross does Ross things on a beat that is tailor-made for him.

3. Piano Love
Produced by The Alchemist
Has Alchemist missed yet? Them piano loops are just hypnotic as Machine waxes poetic on the street life with a dope Jason referencing line at the end of the second verse. My head has been consistently nodding as I have been listening to this while typing these words. This that Hip-Hop I love.

4. Drumwork
Featuring 7xvethegenius & Jae Skeese; Produced by Daringer
Daringer returns to bless with the beats and it is a showcase of Conway’s new Drumwork crewmates. Lots of clever lines here.

Pandemic got you niggas hurtin’, ain’t no shows to book

I been scarred, hurt and depressed, wasn’t conquered though
Now, well, I’m doin my best to send ‘em to hospitals

But it’s Jae Skeese that steals the show.

I’m looking forward to seeing what comes from both 7vxethegenius and Jae Skeese as they are both promising emcees.

5. Wild Chapters
Featuring T.I. & Novel; Produced by Hit-Boy
What I may have mentioned before is that Conway has been getting into his introspective bag for the last couple of projects and it shows here in this song, where Machine talks about the struggles of losing a loved one and his verse will hit home if you empathize, while Tip from what I get, is lamenting on going from rags to riches and what it takes to remain in your spot, despite the adversities. Novel is the glue that brings them together, while I do think that his verse was unnecessary here. Even with that, it doesn’t take away from the song altogether.

6. Guilty
Produced by Beat Brothers & Bink!
This is the centerpiece of this album. Conway reflects on getting shot, the effects and trauma after getting shot, and how he overcame all of those adversities and is able to laugh at the critics and gazers where the first thing on their minds is how he looks. Introspective Machine is best Machine!

Just focus on the lyrics, don’t focus on my appearance.

7. John Woo Flick
Featuring Benny The Butcher & Westside Gunn
The three-headed dragon (four if you count Daringer) arrives! It’s exactly what you expect when Westside, Machine and Butcher come together. Nothing short of grimey. At this point I need to make a playlist of all their collab tracks, maybe Easy can help with that. At the same time, this would probably be at the tier between great and average but maybe more listens and comparing to the others will help.

8. Stressed
Featuring Wallo267; Produced by Beat Butcha & Daringer
I don’t know man, I feel like this is in the running now with “Guilty” for best track. It is songs like this that make me so dumbfounded when I was told by a homie that he wasn’t feeling this album like I was. All the coke bars and gun bars are cool, but I think what Machine and the rest of Griselda were missing through most of their back catalog were the stakes. What’s going to make me care about your story. Conway’s second verse will make you shed a tear as he reflects on his cousin’s suicide and the death of his son weaving into the third verse of being abused and alcoholism and how he copes with those traumatic events. It’s a song that I have been really waiting to hear or that I don’t often get because of the type of rapper Conway is.

9. So Much More
Produced by J.U.S.T.I.C.E. League
The bangers just keep on coming.

I’m resonating a lot with what Conway has been saying in the second verse. No matter how much charity and no matter the amount of good that you do for the world, there are people out there, who are laser-focused on what they want to see. Conway calls back to earlier in his career breaking through on numerous projects to get to where he is now and calling out for people to become their own bosses instead of waiting on the next helping hand. There’s much more beneath the surface of a man. This makes its way to my top three songs of the album.

10. Chanel Pearls
Featuring Jill Scott; Produced by Cozmo, Daniel Cruz, & Dylan Graham
Not really much of a love song but Jill Scott will kind of make it feel that way on her verse. What surprises me is that people are shocked at Jill Scott rapping on this. As if she isn’t a poet. As if she didn’t come up with the Legendary Roots Crew in Philly. People irk me sometimes. Despite all of this, she steals the show on a highlight of a song.

11. Babas
Featuring Keisha Plum; Produced by Beat Butcha & Daringer
The first song on this that I can honestly say is a dud. The beat is what really ruins it, where it sounds too offbeat and it makes it feel like it is experimental for the sake of being experimental. If this was an interlude with just Keisha Plum’s usual spoken word excerpts, I would be a little more forgiving towards it, but as the track stands, it just takes the momentum off course on an album that up until now has not missed.

12. God Don’t Make Mistakes
Featuring Annette Price; Produced by The Alchemist
Classic Alchemist here. Conway got laced for the last song on this album and here he is pondering the what if’s. What if the events that led to Conway getting shot in the head and causing facial paralysis? Would he still pursue rapping? Would he still be in the streets? The one gripe I have is with the hook as Conway harmonizes. It’s a bit off-tune compared to the instrumental, but it’s not tedious enough to subtract from my liking of this song.

This is the album that finally showcases the potential that people have proclaimed Conway The Machine has for years. In addition, this proves that the Griselda crew are more than capable of releasing an album on a major label that stays close to the hallmarks of what makes them the torchbearers of underground Hip-Hop. The dirt and grime of his earlier records (Reject 2, The Blakk Tape, his Big Ghost records) are still there but had it been more of the same for the entire album, would it be as well-received? Maybe? Maybe not? But if there’s one thing that I believe makes this album work is balance. Mixing up the familiarity of his style, with Daringer, Alchemist, and company while bringing in the glossier production of Hit-Boy and J.U.S.T.I.C.E. League and in his rhymes, shedding a layer of skin to go deeper into his psyche, but not enough to where he sacrifices his bravado.

On this album, Conway takes tragedy and turns it into triumph and with the exception of two tracks, makes it work. I don’t know what the future holds for Conway, being that his deal is up with Shady and quite possibly with Griselda as well (the label, not the crew, he made that clear on “So Much More”) and especially with him teasing retirement, but whatever happens, Conway deserves to take his victory lap, as he proves here, he is so much more than that.