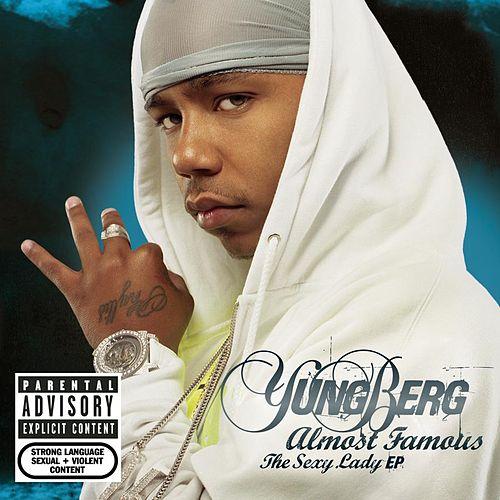 I won’t lie to you; I really wasn’t looking forward to this review. If any one out there can remember, I already said a little about what I think of Young Berg’s music (We Want Easy: 7-16-07). But you know what? I gotta pushed the hating aside and go into this with new eyes. Even though I didn’t feel his first single “Sexy Lady”, Yung Berg was signed to DMX’s now defunct Bloodlines Records. He’s from Chicago which is not a bad thing these days since the city has been putting out fairly good rappers in the last few years. Besides this isn’t a real album review, it’s only an EP (Six tracks to be exact). Due to the single being a big success and to avoid the album from being leaked this teaser was released (for Yung Berg’s real debut Look What You Made Me).

The album of course starts out with “Sexy Lady”. I’ll admit it’s not the worst song I ever heard; but the problem I have is it’s generic feel. What stands out on this track other than the quick Slick Rick sample? Berg is really feeling him self on the track with lines like, “She know her little nigga spit ether”. Really Yung Berg? If you going for that pop rapper thing, be that. Don’t front like you really dropping some lyrical bombs. Berg continues getting at the ladies on “Into It” featuring JFK & Tony Loco. The beat isn’t that bad; it actually reminds me off some laid back stuff I would’ve of heard Q-Tip rap on or something. It’s the subject matter that once again takes the song down. These guys take this “rap about it now, hope you get it later” shit too far. Listening to this song you would think these dudes have been doing world tours for years and making millions. Twista helps matters a little when he appears on “Where Do We Go”. I hate to say it, but I actually recognize this song as the outro from the “Sexy Lady” video. This collaboration isn’t as crazy as it sounds; I hear Yung Berg actually used to rhyme like Twista before this album. The beat sounds amateur but Twista has a good performance out classing Berg in the process. “Almost Famous” might be the best track on an EP of slim pickings. Yea, it’s corny and expected with tales of guns, chicken heads, haters, & making money but I trying to throw this guy a bone. The production and R&B hooks sounds like something you heard a thousand times before though. The obligatory “Sexy Lady” (remix) featuring Jim Jones & Rich Boy is up next. I’ll give them this, at least they actually changed up the beat and made it better than the original. It is what it is; if you like the original you love the remix. I personally can’t co-sign this when Young Berg says, “They call me young 50, beats like Dre, flow like Biggie.” That shit almost fucked up my whole day. Up next is “Painkiller” which is actually a song by R&B singer Nikki Flores that features Yung Berg. Why it’s on here I don’t know but I’m not listening to it.

Bottom Line:
In a rap game that’s already full of ballers, thugs, and players, what’s one more right? Yung Berg didn’t really show any personality besides that. While I’m sure I’ll be reminded that this is an EP; what I heard didn’t make me look forward to his album. Even with the cameos from Twista, Jim Jones, and Rich Boy, listening to this felt like an eternity…and it was only six songs long. I just hope King Jerm or somebody has to review Yung Berg’s full length album, I already did my time.