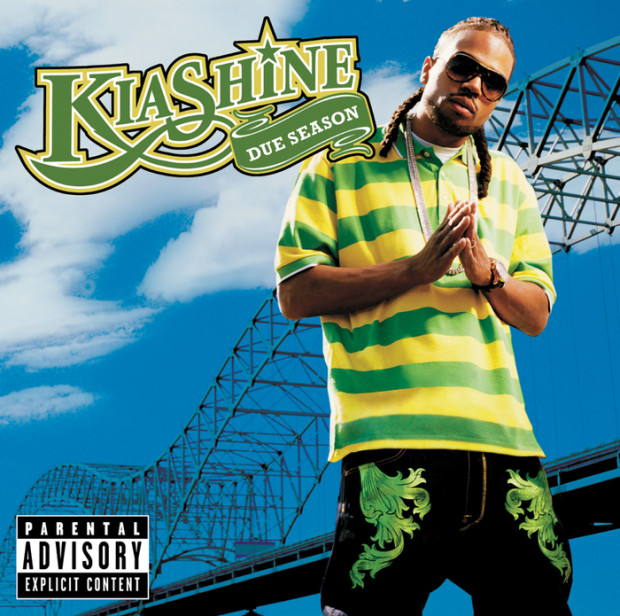 The first time I saw Kia Shine was probably on MTV2 with his video “Krispy”. I must have been in the dark because besides rapping and producing this Memphis native has hosted BET’s Rap City, is CEO of his own label Rap Hustlaz, won the Southern Entertainment Award (S.E.A.) this year for best underground artist by selling over 200,000 albums independently. While all of this is good, I wasn’t that taken with his first single “Krispy” (King Jerm also said the song and accompanying video might be the worst ever). But the single doesn’t always reflect the album does it? Whatever, let’s get on with this review.

The album starts off with “Pre Season”. The production isn’t bad and the horn filled track is a good introduction. It’s the rapping that has me further convinced that Kia has trouble riding a beat. The first line on the album is, “Should I talk about my grind or should I talk about my clothes” basically sums up 98% of the album’s content. Next up is Kia’s first single “Krispy”. Besides the “Paul Revere” sample, I really never liked this song. I mean, could this be a little more original? I know rappers floss but damn, be creatuve with that shit. If you like the original, check out the remix featuring E-40, Jim Jones, Swizz Beatz, LL Cool J, Remy Ma, Young Buck, Fabolous, and Slim Thug. It’s not on the album though. The hook on “W.O.W” is horrible and brings down a serviceable beat; “Look at my hair, look at my shoes…” He also raps about Hip-Hop not being dead. It’s not but Kia is not helping. Jim Jones appearance on “I Be Everywhere” further proves that he will do any guest spot offered. The weird pairing doesn’t produce anything worth mentioning. On “Swag Music” Kia (or Kinfolk) proclaims he is not a “trapper rapper” but the song doesn’t give anything new. “Respect My Fresh” featuring Jack Frost is a song that probably got him the deal with Universal seeing that people tell me that is was an underground hit. To me it’s more like pre-“Krispy”. Things look up when fellow Memphis natives Eightball & MJG show up on “Bluff City Classic” (a remake of their own “Pimps”). The momentum stops once again on with “Stunna Frames”; he really just repeats what he’s already said one the previous eight tracks. The simple beat on “Face Card” is actually not a bad thing and actually changes up subject matter. Here he raps about how he can hustle in any city; the rapping still leaves a lot to be desired. If I wasn’t paying attention, I would have thought “Touch” was still the previous track because the beats sounded similar. What is turned out to be is horrible call and response club song. It even get’s more sad with “Tech Game” when he raps about how technical savvy he is. I thought Weird Al Yankovic cover this on “It’s All About the Pentiums”. “She Serious” featuring Wifey is an ode to gold diggers and “Holla At Ya Kin Folk” featuring Erika “Kane” Yancey contradicts this by being an ode to strong women. Both of these songs are terrible attempts to make songs for the ladies. The uninspired “Aiight” reuses Juvenile’s “Run for it” line and repeats “aiight” all through. The album ends with the title track “Due Season” and I think this is the only track that Kia tries to do something other that talk about how fresh it is. It’s clocks in at over 11 minutes because he does the Kanye thing reminisces on how he got to where he is. Sadly, it’s probably the best song on the album.

Bottom Line:
Kia Shine’s debut doesn’t reinvent the wheel, shit it’s doesn’t reinvent anything. In a Hip-Hop climate where people constantly complain about variety, Kia Shine tries to sell you the same tired hamburger you’ve already eaten a thousand times. While I won’t call he talentless, I will say that he doesn’t show much on this album.