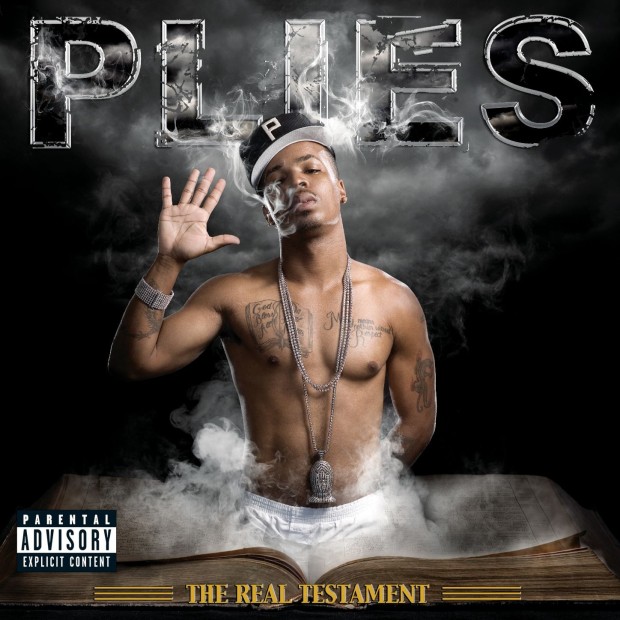 After killing the Southern underground circuit for the last year, Plies drops The Real Testament. After seeing big spins with “Shawty” with T-Pain, Plies offers the listeners a glimpse into the life of this 31 year old Fort Myers native. The Sunshine State is pretty hot right now, a lot of people getting on. The gate is open, but is Plies strong enough to ride the wave all the way to the beach, or will he crash and burn?

The album starts off with the title track “The Real Testament” where Plies comes out with a simple flow, nice beat, and a street story setting the album’s direction. Then on “100 Years” Plies talks about the justice system and the difference between black peoples time versus that of whites. “How is four birds gone give you a life sentence but crackers get 7 years for laundering millions.” He has a point there. “On I Know U Workin'”, produced by Hen & Ro, Plies talks about a dude on the block working with the police. The beat is nasty and he puts together a hood banger with this one. “On My Dick” is next and keeping with the title, another real life tale. “My money lookin funny/nigga just making it barely/shit aint how it used to be/nigga aint frontin the package/gotta choke me a bitch out or somethin I gotta have it/I’m on my dick dog/I gotta make sum happen”. Next up is “1 Mo Time” where Plies gets honest and asks his girl can he hit it one more time before they break up because he cheating. Besides a funny plot, the song is alright. Not fish grease hot, but room temperature coffee. “I Am The Club” produced by J.R. Rotem is one for the clubs, but it’s not hot…SKIP! On “Runnin’ My Momma Crazy”, Plies laments on how much he put his mom through with his troubled past. It is a touching to see these hardcore rappers make these tear jerker’s! “Shawty”, the smash single featuring T-Pain, the man with the best hooks, is next and it’s a hot song. It’s smooth but at the same time macho. J.R. Rotem gets another shot on “Friday” and he supplies another dud! Plies suffer on songs with weak production. If you can get by the garbage beat, the lyrics aren’t that bad. “Goons Lurkin'” is a disturbing song about taking a ride to go kill somebody! Just what we need, a soundtrack to do a drive-by! Come on man…SKIP! On “Kept It Too Real”, Plies raps about one of his so called cronies that flipped sides on him. The message is simple but the production is better and it’s a decent song. “You” featuring Tank is one for the ladies. It’s alright, the beat is hot and Plies gives you a gutter love song! “Money Straight” is next and guess what it’s about? Bragging about what he has now, “I’m riding on 28’s, I drink yac everyday, ask the strippers where I play, I’m in the mall everyday”; the American dream, what can I say? Akon makes an appearance on this next one titled “Hypnotized”. This is another gutter love song from Plies. Only this time Akon is there to smooth it out on the hook. The last song on the album is “Murkin’ Season”. Once again Hen & Ro put together a nice beat, but Plies lets you know that the streets aren’t safe no more, they killing everywhere! Newsflash from Plies! The song is decent, just more of that murder/kill rap that the streets love.

Bottom Line:
All in all, this wasn’t a Southern classic, but it is respectable. The rhymes are very basic, almost Dr Seuss like. Even with the nursery rhymes, good production is something to fall back on. It did in his case a couple times on this album. This was a pretty good debut for Plies. This won’t be #1 on the charts but it will in the hood.